A group exhibition curated by Fieldgate Gallery that looks at past trauma through the conduit of technology.

The participating artists would probably not claim to be political in any overt way, at least in their work, but all look at the psyche of the body politic and reveal traces of disquiet and concern through an interest in, or reference to, technology. Rather like the little girl in the film ‘Poltergeist’, they discern the faint echoes of failed past utopias through the conduit of a technological notion of ‘progress’.

These artists, who know better than to shout, are interested in these echoes, and it is this that the exhibition seeks to evoke. There is a real sense of loss here, even when some of the work plays with optimism, or strikes a mischievous tone. Like Walter Benjamin’s angel, they look to the future by facing the past, witnessing, “the storm we call progress”.

The exhibition’s title is taken from Terry Eagleton’s book ‘After Theory’ in which he states in the eponymous first chapter: “There can be no falling back on ideas of collectivity which belong to a world unraveling before our eyes”. Our need to want to fashion our future to our own desires, fills us with both optimism and dread. As our hi-tech future promises us infinite possibilities, it leaves a gap filled with impending disappointment. It is a disappointment through our sense of separation that is loaded with atomised pathos. It is to this gap that these artists look, where memories appear flattened and shorter, as we are distracted by the heat of the present. This sense of amnesia, induced by the seduction of technology, becomes the consequent politics of memory.

Art has historically always engaged with technology, from the camera obscura in the 18th century, to virtual art now. However, it is not the technology itself that is necessarily interesting, but how it adds to the existing language of art, and offers it new meanings. Unlike Science Fiction, which creates its own language of myths but acts as an allegory, here the myths are already embedded, and the allegory but a memory, a faint pulse. The human is all but absent in much of the work, but its voice is all the louder because of it.

Lucy Reynolds’ Silo Walk recalls Greenham Common’s past as an American air base and the site of a ten year battle between female anti-nuclear protestors, the military and British government during the 1980s. Reynolds’ double screen film projection Silo Walk attempts to map four women’s remembrances amongst the dotted lines and demarcations of the official history.

Lucy Reynolds is an artist, film lecturer and curator. She has written articles on artists’ moving image for journals such as Afterall, Millenium Film Journal and Vertigo. She has curated film programmes for Tate Modern and Mukha, Antwerp and teaches the history and theory of cinema and artists’ moving image at Central St Martins, Kingston University, the University of Westminster and Goldsmiths College, London. Her own films, performances and installations have been shown at the National Film Theatre and galleries in London and Europe.

Tim Head’s work focuses on the digital medium’s elusive material substance and on our evolving relationship to it as a physical entity. Bypassing its usual role of representing images and texts, the work deals directly with its basic material elements – the luminous fabric of pixels on a screen that are capable of displaying over sixteen million RGB colours, and the hidden calculations of the computer operating at ultra fast speeds that drive these elements. The medium’s underlying material substance is exposed, moving it out from its usual confinement in virtual space towards the same physical space that we ourselves occupy. Computer programs for the digital projections are written to generate unique events in real time. The unsettled surfaces of the projections are composed of randomly selected colours, each occupying a single pixel and filling every pixel on the screen, and programmed to change or move in particular ways across the screen as fast as possible.

Lee Holden’s video work I Used to Think, like all his work, examines the powerful influence mainstream culture has upon the social conditioning of a person’s mental state and emotional well-being. Utilising found footage, he focuses on how the mass media construct and define conditions of normality, contingent on the engineering of an individual’s sentiment and nostalgic response. Holden aims to exploit the ‘Monoform’, a term coined by the filmmaker Peter Watkins to describe the techniques of contemporary propaganda, and further examines the operations of advertising, television news, the National Lottery and other stereotypical forms of address, so as to lay bare the fundamental contradictions inherent in their production and presentation.

Lee Holden has exhibited widely at both national and international venues. His solo show Hoax! in 2008 showcased a large-scale multimedia exhibition at Magazin4, Bregenz Kunstverein in Austria and included a catalogue publication. Recent exhibitions include, one-person show at Shift gallery, London (2011), video work in Off Loop at the LOOP (The Screen from Barcelona Festival) 2011, a site-specific work in JTP10 held at the James Taylor Gallery, London, and video work in The House of the Noble Man, (across From Frieze Art Fair 2010).

Mariele Neudecker’s work employs the cultural phenomenon of Romanticism and its elevation of nature and landscape into vehicles for emotional transcendence, philosophical contemplation and cultural identity. The glass vessel pieces seem to come from another time, yet also refer to notions of the sublime as contained within some sort of experiment apparatus. Like Casper David Friedrich, Neudecker’s places the human element in diminished perspective, yet while seeming to embody the viewer’s own desires, while also presenting the landscape as a scientific experiment.

By replicating the airplane black boxes, the flight recorder series Final Fantasy, seem to contain the tantalising promise of recorded truth, ultimate knowledge, of insight free from illusion – at the same time one is perfectly aware of their and our superimposed conceptual construction. They are not trying to be exact replications, hence there are subtle changes in scale and solid colour or transparent materials.

Nooshin Farhid is a British based Iranian video artist. Conic Trilogy 2009-10 is based on a mathematical concept involving the interaction of surface and curve: Parabola, Ellipsis and Hyperbola. However these words have, in Greek etymology, non mathematical meanings referring to ‘fictitious narratives’, ‘missing words in a sentence’ and ‘extravagant statements’. This ‘crossing over’ between mathematical and non mathematical meanings reflects Farhid’s approach to video making which is complex and explores multiplicity, her images being sourced from a wide spectrum of material including real time footage filmed on Orford Ness and an eclectic assemblage of found footage. Allied to this is her engagement in the political and the ramifications of conflict. This rich mix leads to a series of interweaving narratives were journeys are begun, trails go cold only to reappear in another guise, there is a suggestion of entanglement and betrayal, surveillance and suppression.

Richard Ducker’s Dark Matter sculpture series appear to quote a monochromatic tradition, but on close inspection the black shards, insulating material covered in flock, have just as much in common with the discarded props of a pre-CGI sci-fi movie, when such concoctions had to make do as interstellar debris floating in deep space or the rough surface of a new planet.’ The ink drawings are worked from images off the Internet (newsreel, mobile phone up loads, etc) of lingering smoke after explosions taken from current conflicts. Rather than trying to represent horror with horror, their scale is deliberately small (postcard size) as a means of reducing its sublime to pocket size, while returning the digital image of convenience to studied analogue. 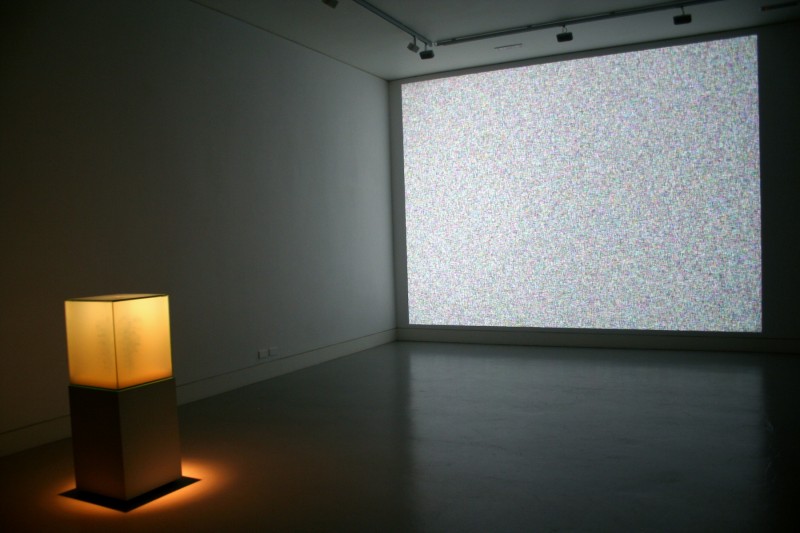 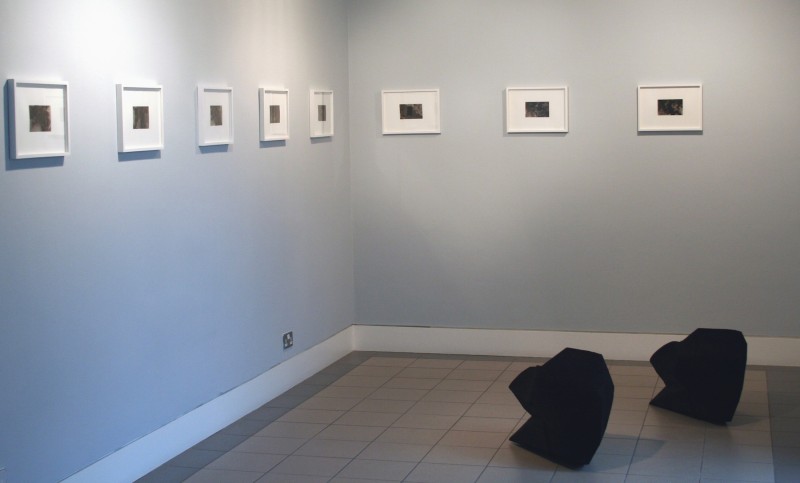 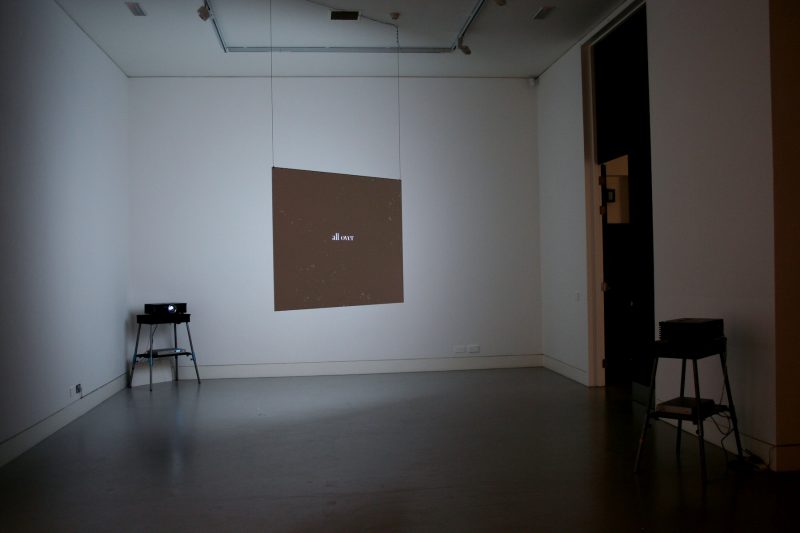 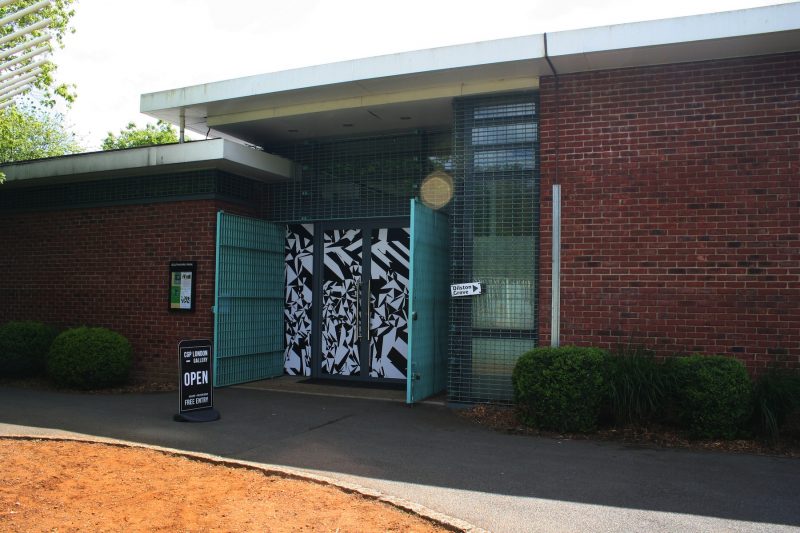 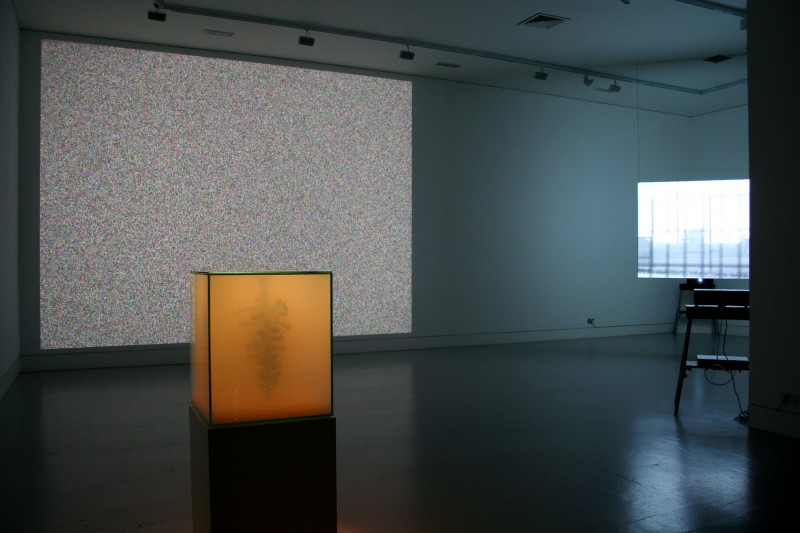 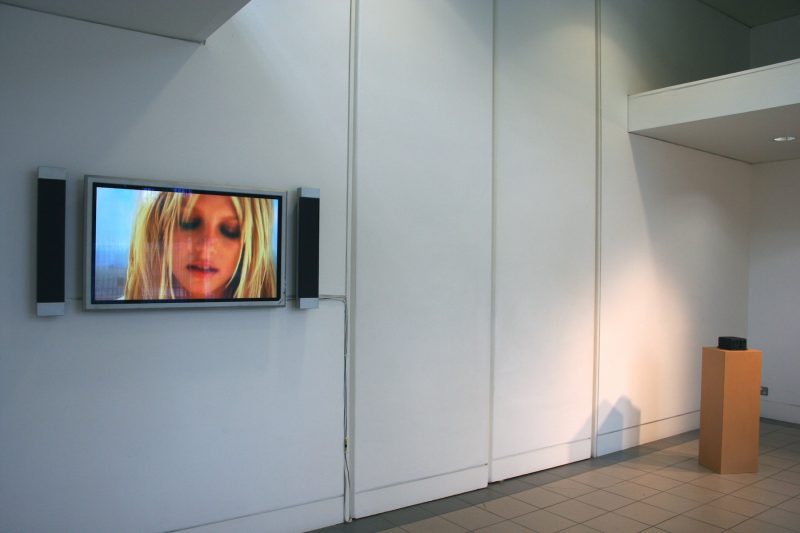 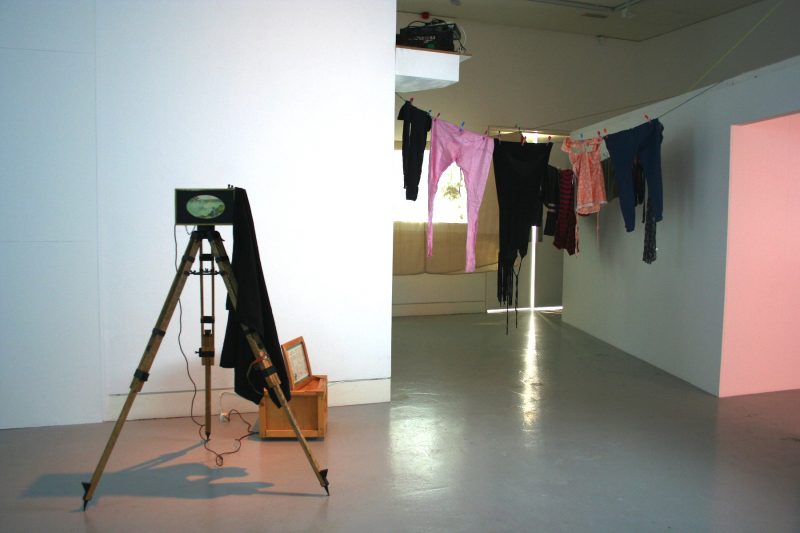