Swandown is a plot of Olympian ambition. A poetic film-diary about encounter and culture, an endurance test and pedal-marathon. Andrew Kötting and Iain Sinclair pedalled a swan-shaped pedalo from the seaside in Hastings to Hackney in East London, via the inland waterways. The journey provided multifarious outcomes; a film work, pinhole photographs, sound recordings and numerous texts and artefacts.

Swandown – The Installation will be a deconstruction and re-presentation of this epic journey. Within the cavernous confines of Dilston Grove the pedalo itself will be presented complete with the knocks and bruises of its difficult journey together with selected film sequences from the voyage, sounds, pinhole photographs and many of the artefacts collected en-route. It is a celebration of The Waterbound Pilgrimage, welcoming difficulty and celebrating local particulars, ever alert to the traces of submerged histories; songs, civil protest, and the wilderness, through both the real and the imagined.

Swandown is the third in a series of collaborations between Kötting and Sinclair, the first of which produced Offshore; a cross channel swim project. Notions of ‘the psyche and its geography’ have cemented their friendship and brought the artists together to realise this project.

“Dilston Grove is a venue that has always been close to my heart. I presented my Installation “In the wake of a Deadad” there in 2006 which went on to receive great acclaim around the UK and throughout Europe. Iain Sinclair has also promoted the venue through his writings for many years and cited it as one of Britain’s best kept secrets in The Guardian. The space enables ambitious projects to be realised in collaboration with CGP London – a place where the impossible is made possible.” Andrew Kötting.

Andrew Kötting is one of Britain’s most intriguing artists, and perhaps the only film-maker currently practising who could be said to have taken to heart the spirit of visionary curiosity and hybrid creativity exemplified by the late Derek Jarman. Formally exploratory and aesthetically innovative, like Jarman he is also a great collaborator, building around his various projects a community of shared interest, while anchoring his prolific production in an ongoing report on the lives of those closest to him.

His twenty year oeuvre to date has moved from early live-art inflected, often absurdist pieces, ripe with their own internal logics and skewed mythologies, through darkly comic shorts teasing out the melancholy surrealism at the heart of contemporary Englishness to three resolutely independent features that take landscape as the springboards for visually striking and structurally inventive enquiries into identity, belonging, history and notions of community. Such activity reflects both his wide-ranging formal interests but also his refusal to adopt conventional ideas of closure around artworks in any medium. It is this openness, underpinned by an outlaw intelligence and pranksterish wit that marks out his work as both energising and important.

Iain Sinclair’s greatest gift is to link seemingly unconnected dots to bring new meanings to landscapes so familiar that they have become almost invisible. He imbues dirty streets with artistic magic and hidden energy that might, for example, connect tired Stoke Newington with Joseph Conrad’s Heart of Darkness and the Kubrick recreation of Vietnam in nearby Newham. The outcome of this semiotic redevelopment is one that leaves the legacy of these historic ‘non-places’ with a greater sense of value than any multi-billion pound CGI promise. The greatest part of the 2012 aftermath, he writes, will be a huge shopping center. “The proper response… is a happy slap of enchantment.” 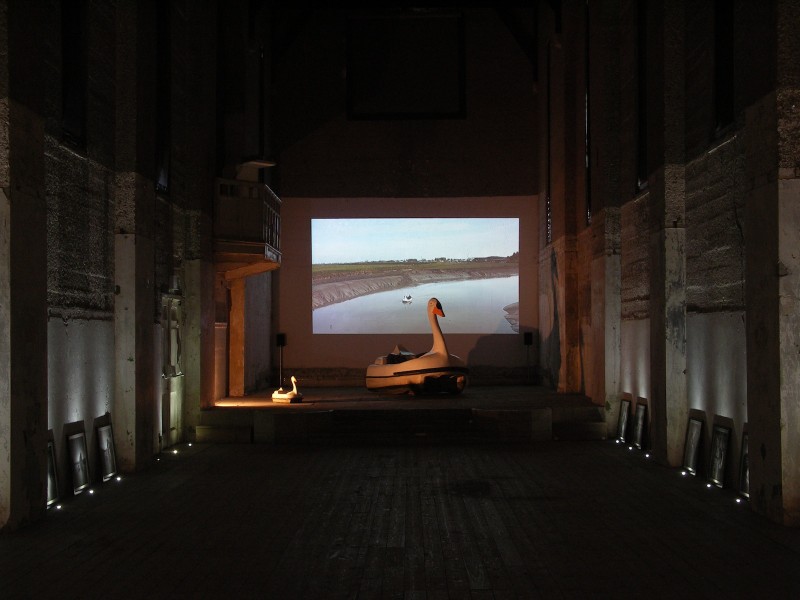 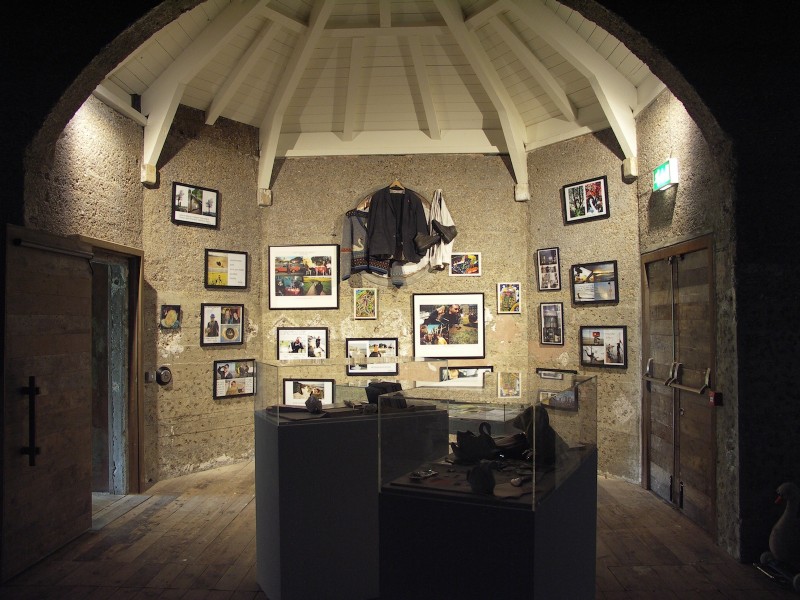