An art event by Rachael House to mark thirty-five years since the Sex Pistols’ Thames boat trip, with guests the Strawberry Thieves Choir.

It is 2012, and Londoners live in interesting times. Anniversaries of sunken ships, dead writers, reigning monarchs AND a whole lot of people rushing around very quickly in east London. Yet, with all the celebrations, one important cultural landmark has been completely overlooked.

Rachael House invites you to join her in remedying this historical oversight. 2012 is the thirty-fifth anniversary of the Sex Pistols abortive boat trip on the Thames. Two weeks after the release of their hit single God Save The Queen, and a week ahead of the Silver Jubilee Flotilla, the Sex Pistols performed a concert on a boat (appropriately named The Queen Elizabeth) on the Thames. Swiftly stopped by the police, a barney ensued and many were arrested, including Vivienne Westwood (now Dame Vivienne).

apathy’s a drag promises to be an art event as British as Country Life butter. Rachael invites you to make a model wind-powered boat, to float on Southwark Park Lake and form part of a spectacular flotilla. Punk coracles, new wave rafts, police launches, Sex Pistols sailing ships, folk fishing vessels – all of these and more are welcome to take part.

This Cafe Gallery Project art event will take place on Southwark Park Lake, outside the entrance of Cafe Gallery. This beautiful lake is the home of abundant wildlife, so please ensure that your model boat is attached to string (or something similar) and that it may be easily retrieved. Materials used must not be harmful to inhabitants of the lake.

Now is the future shaped by the Sex Pistols and other less benign powers. It’s not about nostalgia, our actions fashion history. We have to make them count. So make a model boat, dig out your best punk clobber and be part of apathy’s a drag, the most significant commemorative art event of the year. 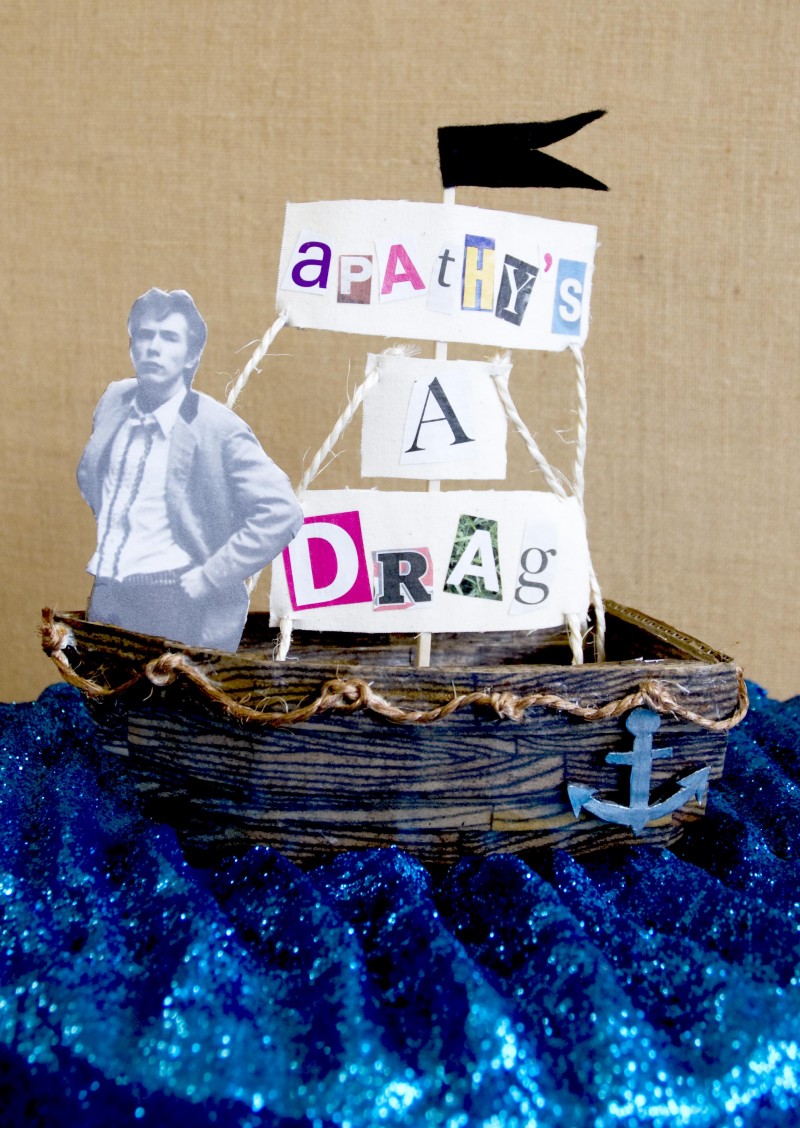