‘Onwards’ was commissioned as part of Marcia Farquhar’s 2018 first ‘non-survey’ show DIFFIKUΛT. Much of her work makes frequent and subversive use of familiar cultural forms, ‘Onwards’ is no stranger to this leading us in five different directions with a single recurring instruction.

Typical of Marcia’s work ‘Onwards’ is conceptual in nature; precariously balanced between the prescribed and the unpredictable – socially open, broadly embracing of circumstance, and resolutely focused in the live and unrepeatable moment. 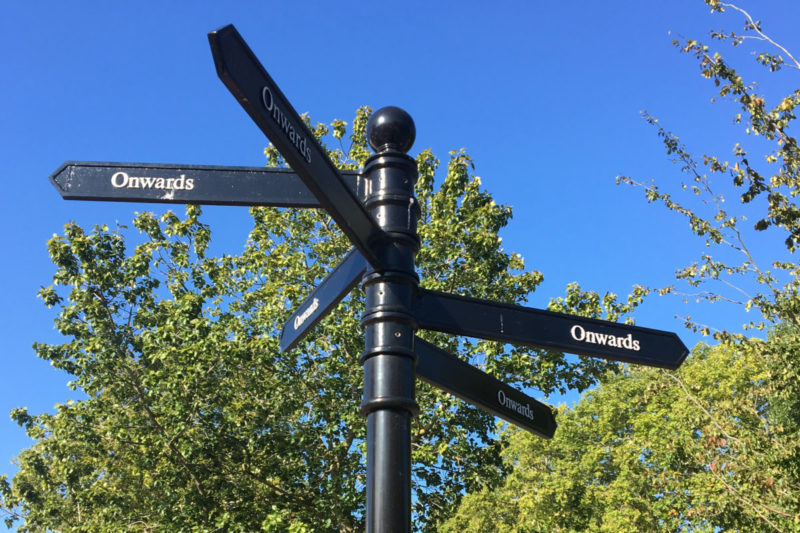