Music of the Spheres uses new bioinformatics technology to store a new musical MP3 recording in DNA molecules. The DNA has been suspended in soap solution and used to create performances and installations filled with bubbles. The installation takes the form of a cycle comprising two movements and a refrain. It is the central refrain that is silent – trapped in DNA. The total duration is 30 minutes.

Dr. Nick Goldman and EMBL – European Bioinformatics Institute have developed a method to encode digital files in DNA itself. Nick’s method mimics how computers store information digitally in binary but swaps 0s and 1s for the ‘bases’ (A,C,T and G) that form DNA sequences. His ambition is to be able to safely store the equivalent of one million CDs in a gram of DNA for 10,000 years.

“There’s music in the sighing of a reed / There’s music in the gushing of a rill / There’s music in all things, if men had ears / The earth is but the music of the spheres” Lord Byron.
Charlotte sees a link between Byron’s idea of an underlying ‘universal melody’ and our contemporary understanding of DNA as a universal code for life. Charlotte, Nick and The Kreutzer Quartet have encoded the central movement of a new musical recording as an MP3 in a sequence of specially made DNA. In order to listen to it the DNA needs sequencing in a laboratory. However, by the end of this year a number of micro sequencing devices (such as the ‘minION’) are due for release – these USB gadgets could sequence DNA in your own home. Therefore, as technology progresses the composition will become widely accessible. A prototype minION forms part of the installation.

For exhibition and performance the DNA has been suspended in soap solution to create installations filled with bubbles. The installation cycle has two movements and a refrain:

There is a 5-minute film accompanying the refrain that was shot in the server rooms of the EMBL-EBI (the digital repository for all of Europe’s DNA sequencing data, where Nick works). The installation is accompanied by hundreds of pages of paper documentation collected by Charlotte over the past 3 years, which chart the narrative of the project’s development. 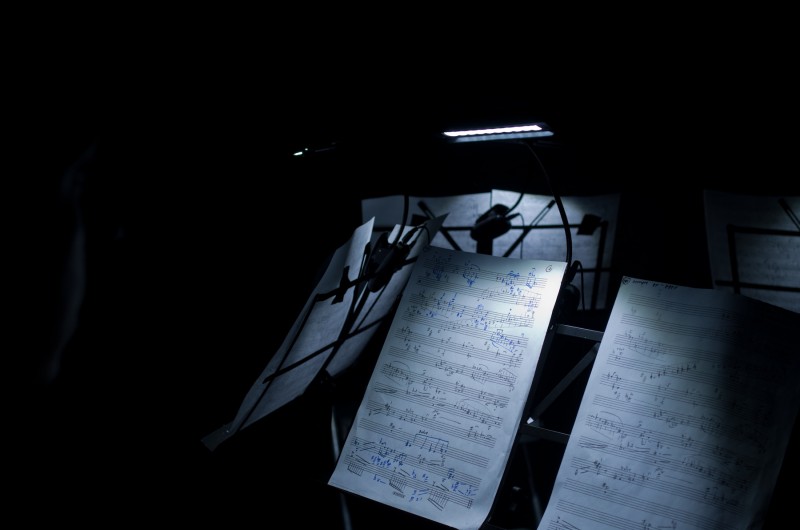 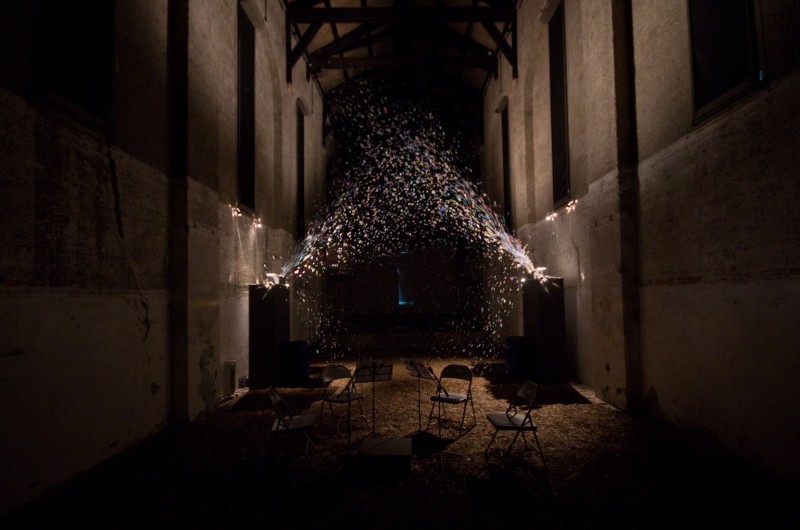 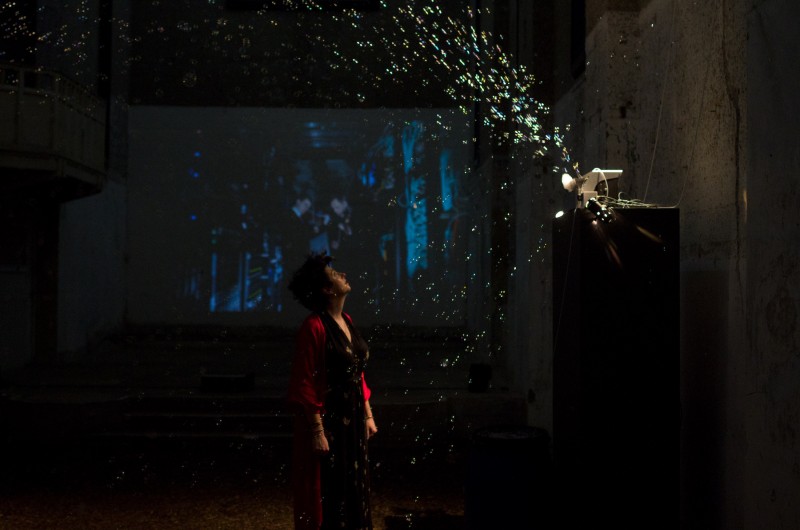 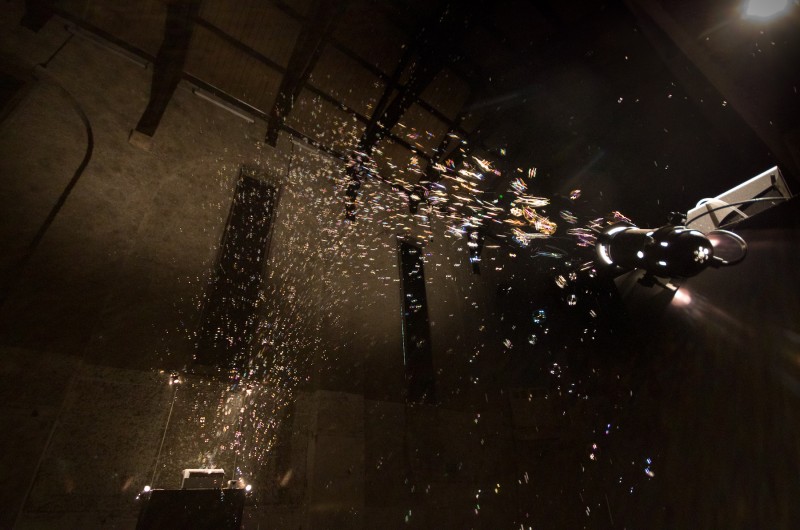 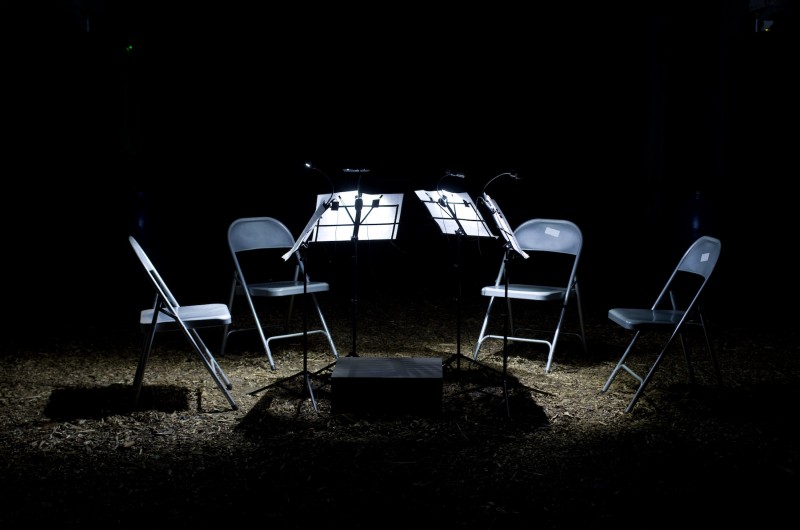 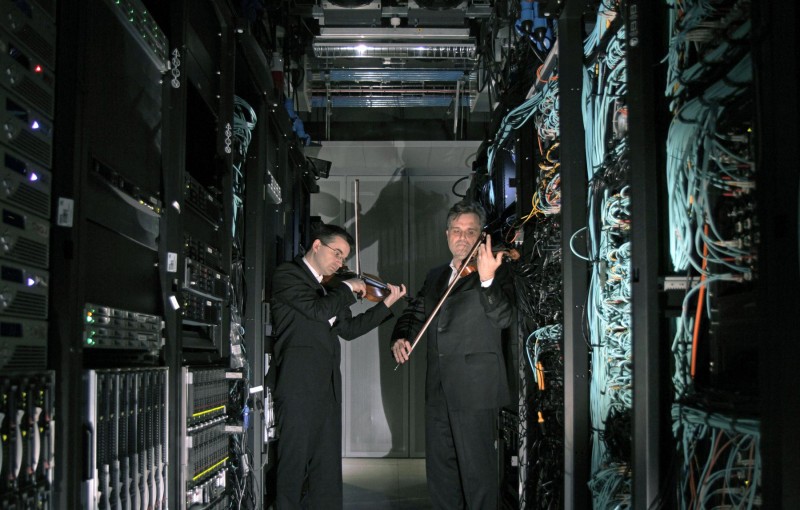 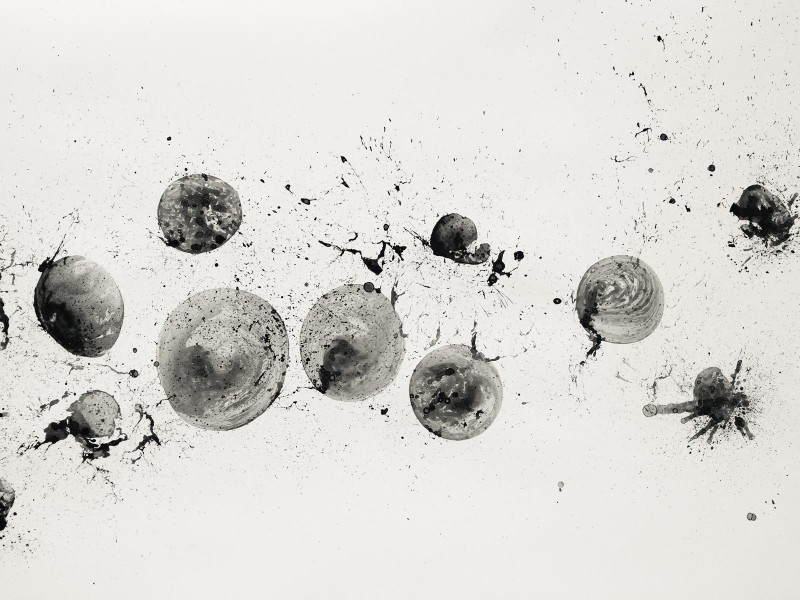