Henocq’s works span his private journeys both domestically and internationally; charting his daily life as an artist in London whilst documenting his passion for travel and adventure, a visual diary set amongst a diverse range of scenic backdrops including Tobago, Cork, Berlin, Mexico, New York, Morocco, Crete and London.

Over the last 30 years Ron Henocq has been widely known as the Founding Director of CGP London and The Bermondsey Artists’ Group (1983 to present). Privately however, Henocq, since graduating from The Slade School of Fine Art in 1973, has continued to practice across mediums such as printmaking, photography, film, collage and drawing.

Ron Henocq and other founding members of The Bermondsey Artists’ Group lived in some of the very first ACME artist houses along the edge of Southwark Park. Many of these members remain neighbours including Henocq, who recently converted his house into a dedicated studio from which he continues to work. This studio was once a communal kitchen at the heart of two terraced houses that Henocq and his housemates made mutually accessible via a large hole cut through the adjoining wall.

Webster Road and the surrounding streets became a hive for contemporary artists with a rostrum of residents since the 1970s including Henocq, Alexis Hunter, Roger Shaw, Richard Wilson, Jonathan Harvey, Frances Coleman, Silvia Ziranek, Rita Harris and Alan Grimwood. The daily life of this influential local artist community features heavily in Henocq’s earlier works and continues to inspire new generations of artists ‘live-working’ across the borough and beyond.

Artist and collaborator Robin Klassnik (Founding Director, Matt’s Gallery, London) and Ron Henocq have been friends since meeting through mutual friends at The Slade in the 1970s. Despite their long friendship, Klassnik first saw Henocq’s work in 2012 at the Annual CGP London Open Exhibition, only discovering afterwards that the anonymous lino cut he had bought (made in Mexico in 1980) was Henocq’s.

Klassnik describes Henocq’s kitchen sink like method as ‘filmic’ and ‘diary-esque’ in its compulsive, private production, where ‘every lino cut tells a story’. Henocq is an observant narrator who develops stark snapshots, presenting intimate insight into the daily life of a London artist. Hundreds of stories abound the walls of the studio, all jostling and competing for your eye whether they be the chimney lined view from an Islington window; the fluorescence of Times Square; bulbous Tobgan buttresses or the bleak reality of post-industrial decline and its effects across the shifting communities of South East London.

Klassnik particularly enjoys the prevalence of smaller, more portable works within Henocq’s collection, as their scale developed through the necessity of daily bus travel across the city. This practicality regarding size coupled with the array of subjects in Henocq’s work (featuring studies of 1970s Islington dole queues, pets, friends and loved ones) provides an acutely personal history previously unseen.

Henocq’s visionary tenure has seen Southwark Park develop into a cultural hub comprising two leading contemporary art spaces where risks are encouraged to be taken by artists at all stages of their careers. His passionate philosophy, focusing on the power of inclusion across the arts via high-quality exhibitions and commissions alongside regular community engagement and innovative arts education provision for all (via long-term activity including the gallery allotment for pre-school children, Seniors programmes and local community partnerships), has and shall remain at the very heart of the organisation for years to come.

Henocq’s dedication across 30 years has produced over 140 exhibitions of contemporary art by artists from across the globe, championing the careers of now widely-established artists, writers and collaborators including Richard Wilson, Anne Bean, Marcus Coates, Shona Illingworth, Iain Sinclair, Mary Evans, Andrew Kötting, Mark Titchner and Ackroyd & Harvey amongst many others.

Early themed exhibitions curated by Henocq in the 80s and 90s were established as means to cement the gallery’s inclusive ethos of ‘everyone in together’. Henocq grouped works by internationally renowned artists of the time; Patrick Caulfield, Eduardo Paolozzi and Derek Jarman (friend and studio holder at Butler’s Wharf alongside artists Anne Bean, Richard Wilson, Malcolm Jones, Paul Burwell and many others) with works by local overlooked and emerging artists, many of which have since developed into leading figures in contemporary art such as Grayson Perry, Tony Bevan and Richard Wilson. This inclusive spirit lives on within the gallery programme through the Annual Open and regular group exhibitions presenting works by artists at all stages of their career.

Henocq’s prolific practice is perhaps all the more impressive given that he has spent the past 30 years as Director of CGP London (stepping down in March 2015 to pursue new projects). Klassnik refers to Ron Henocq’s abundant, habitual production of work for the past 45 years as symptomatic of an almost dual personality; an essential interdependence, the Artist-Director. Robin Klassnik admits to being most jealous of Henocq’s ability to continuously create work throughout his 30-year position at the helm, “now that he has passed on this responsibility to a new Director, I am very curious to see what Ron will do next”.

Please contact Vivien Harland, Gallery Manager with any sales enquiries or call the gallery on 0207 237 1230 to register your interest. 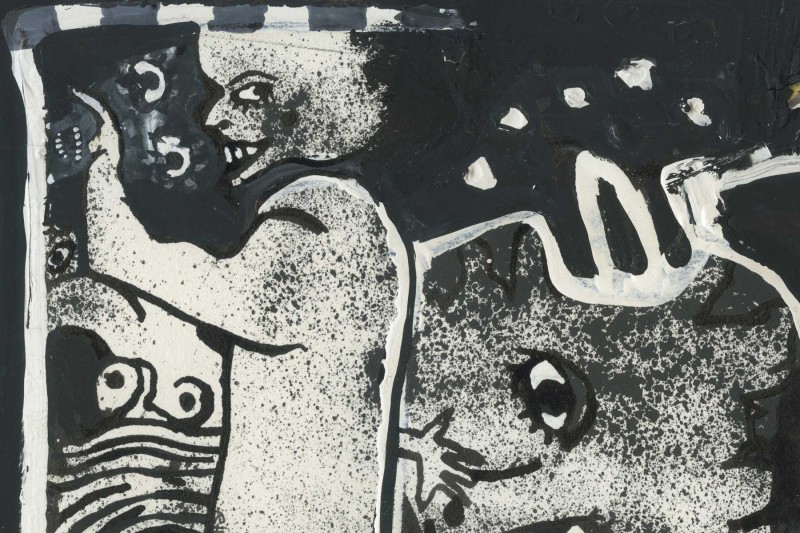 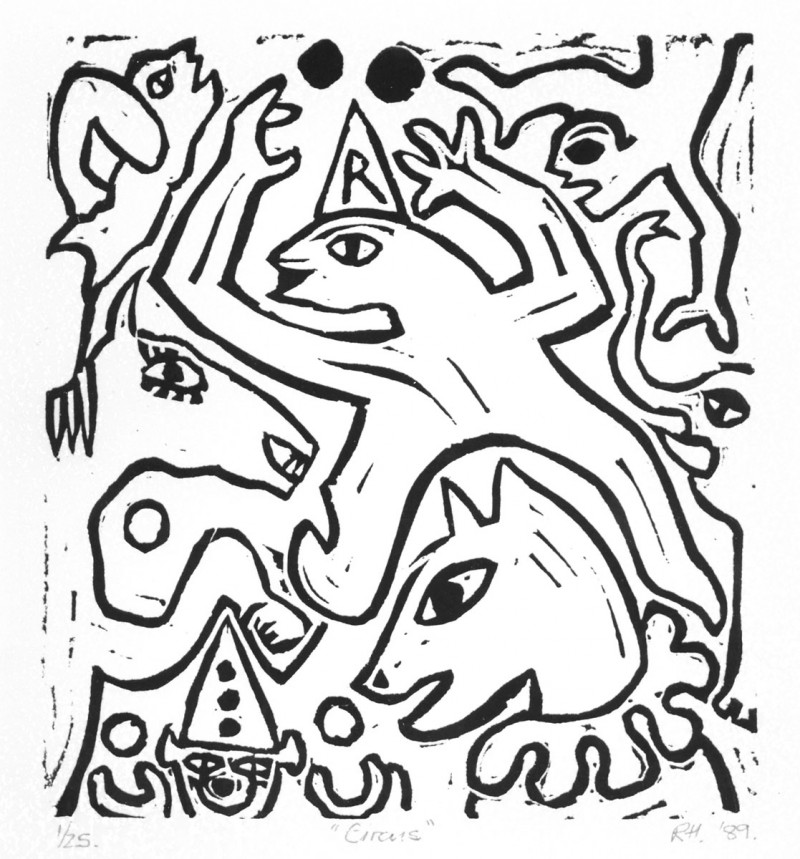 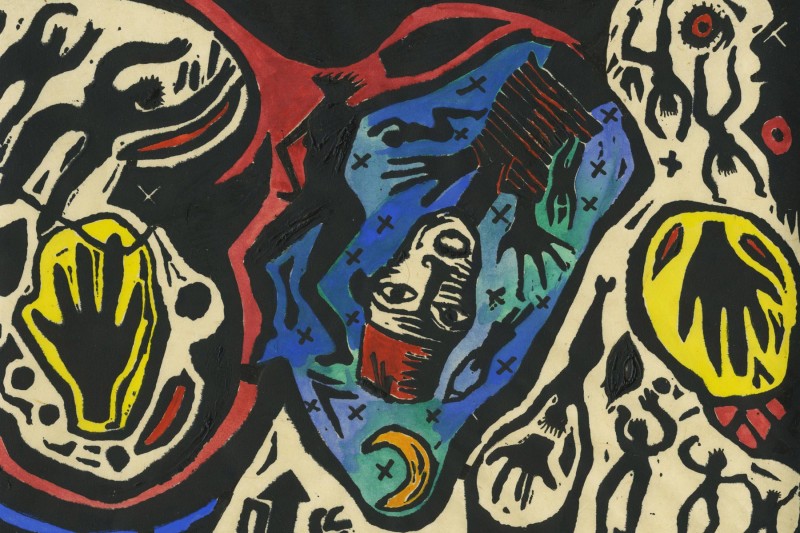 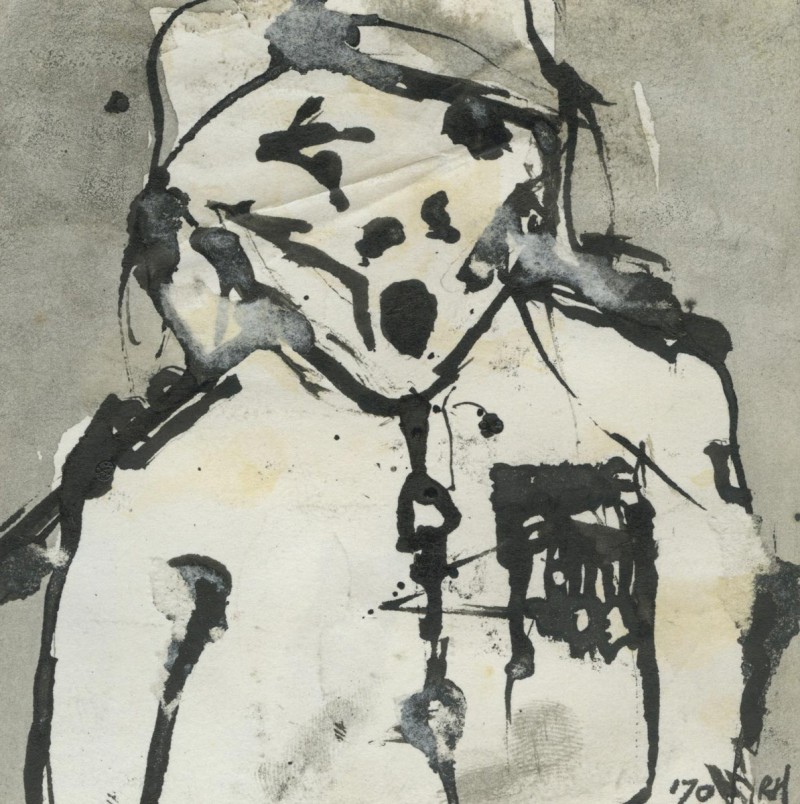 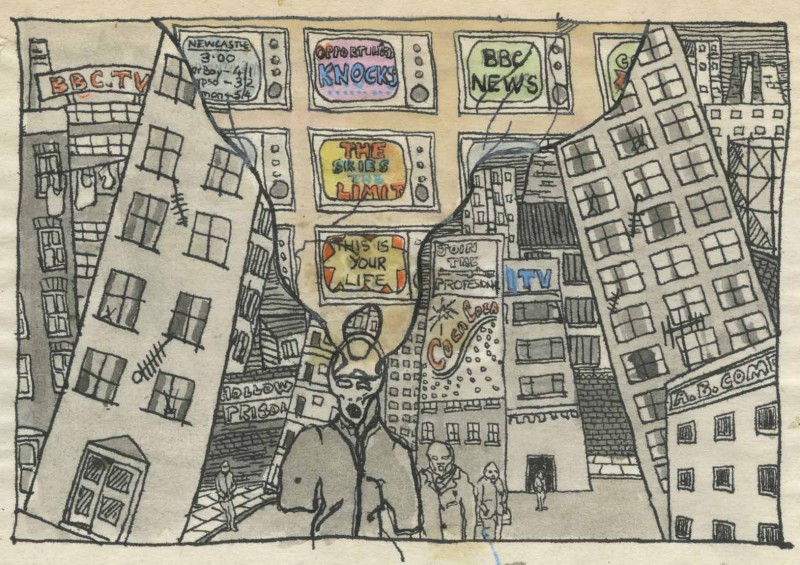 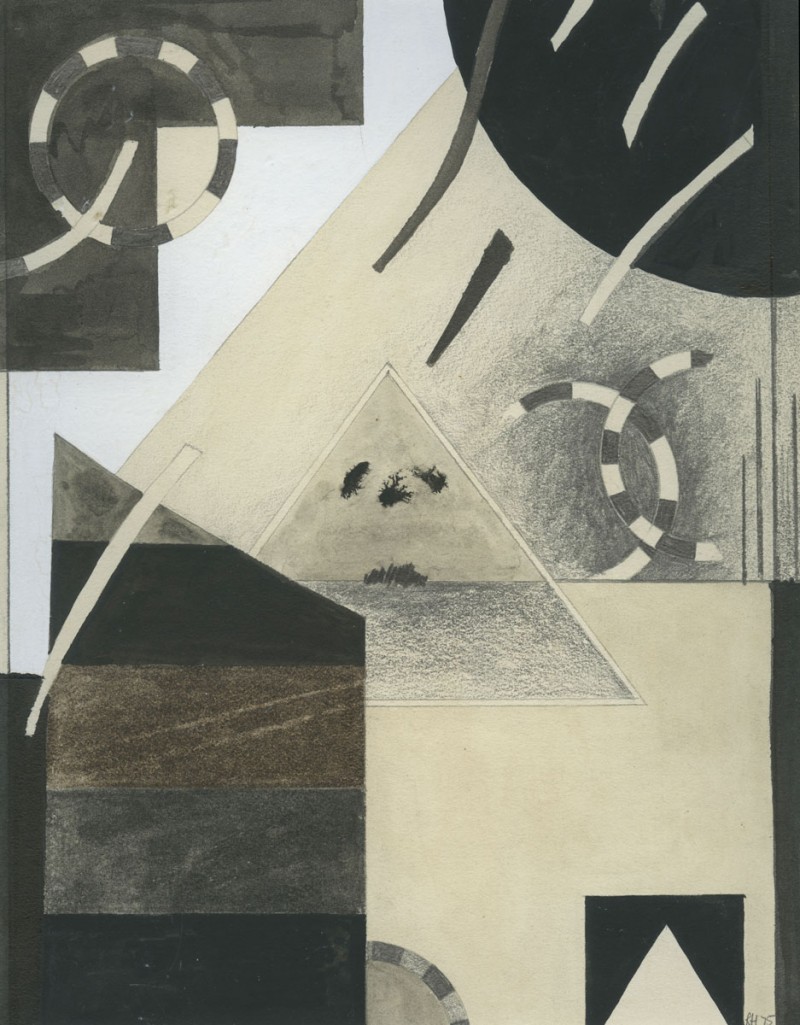 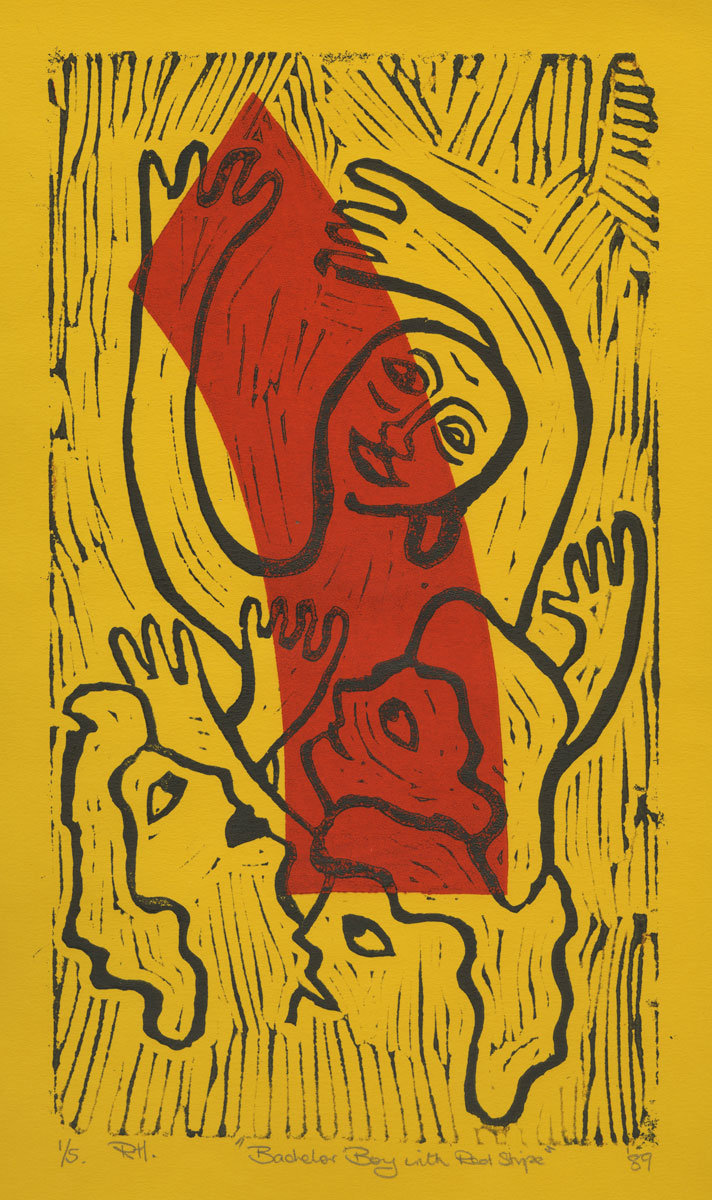 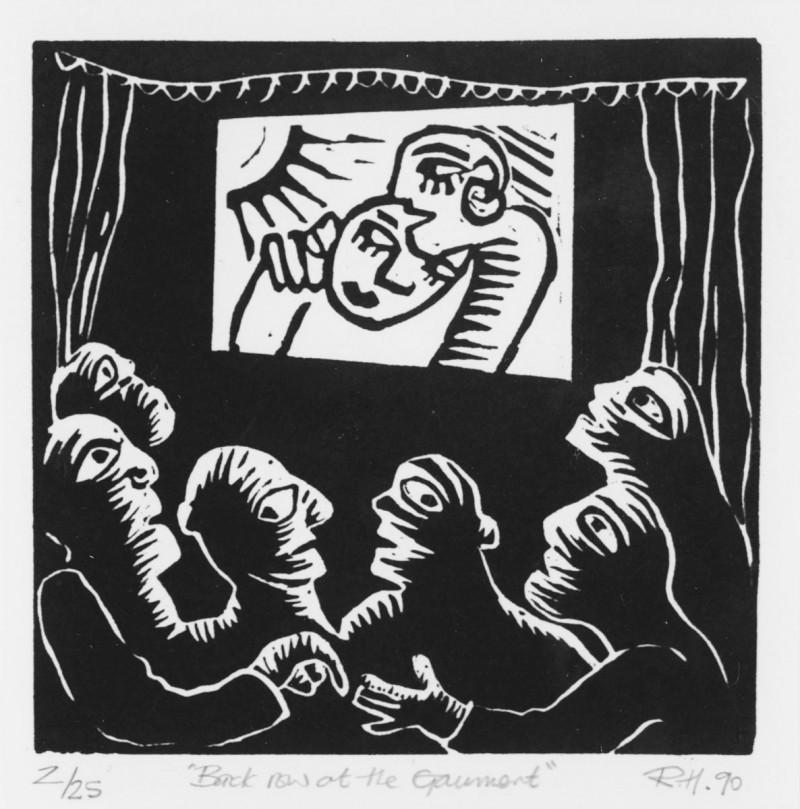 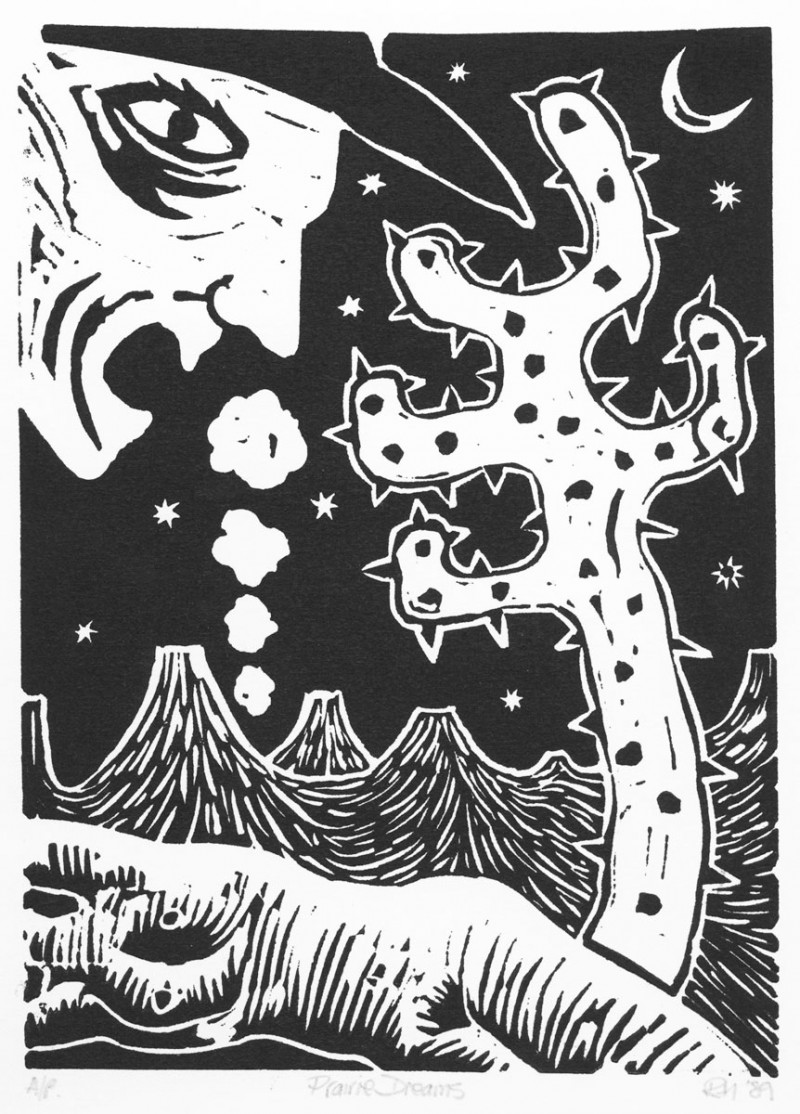 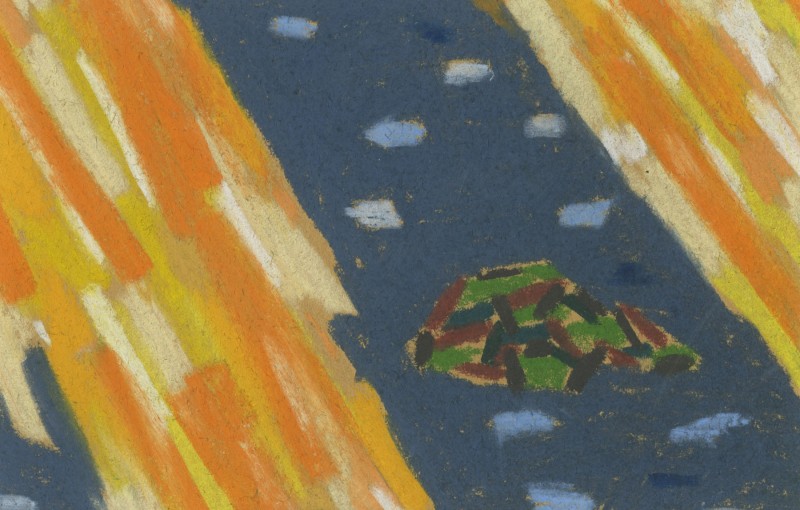 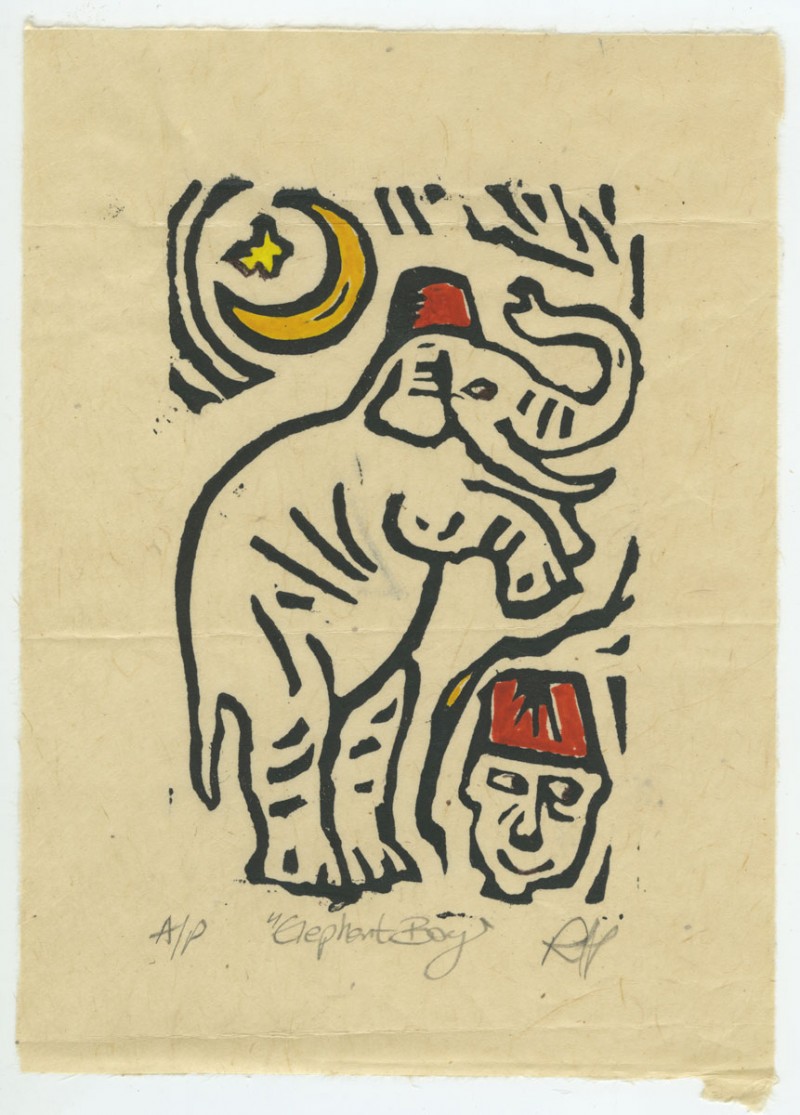 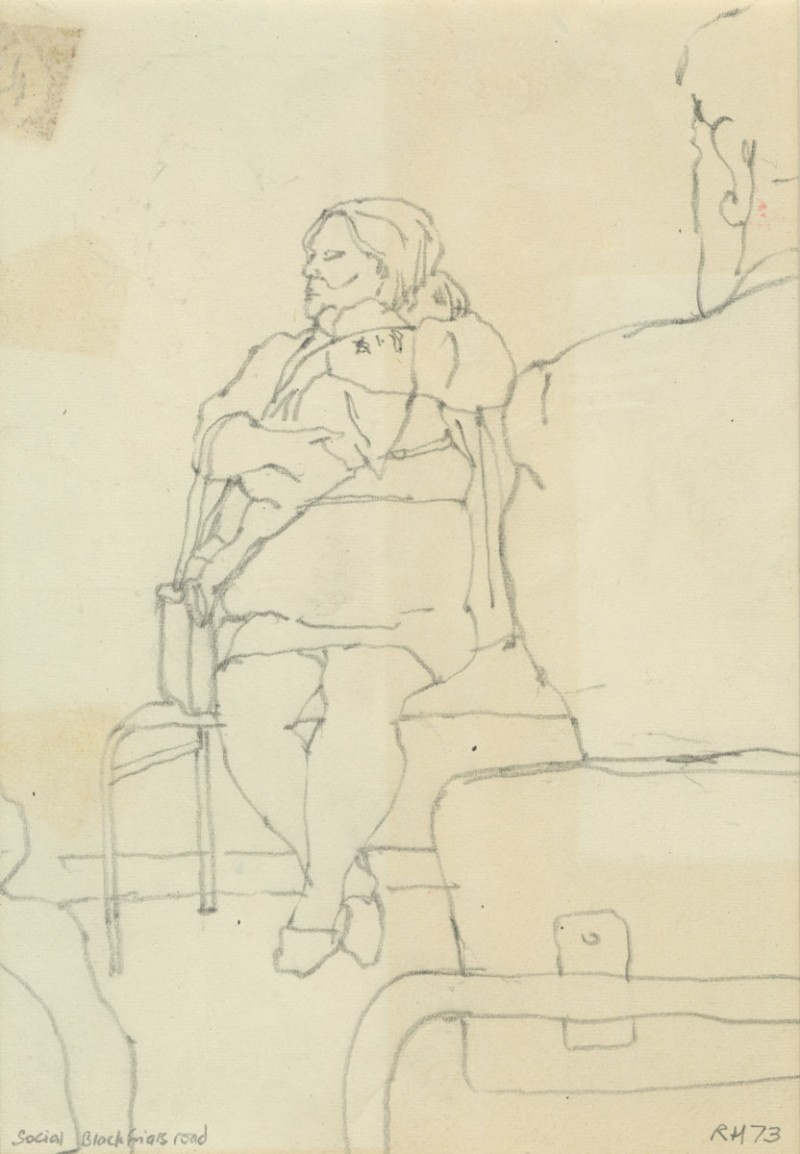 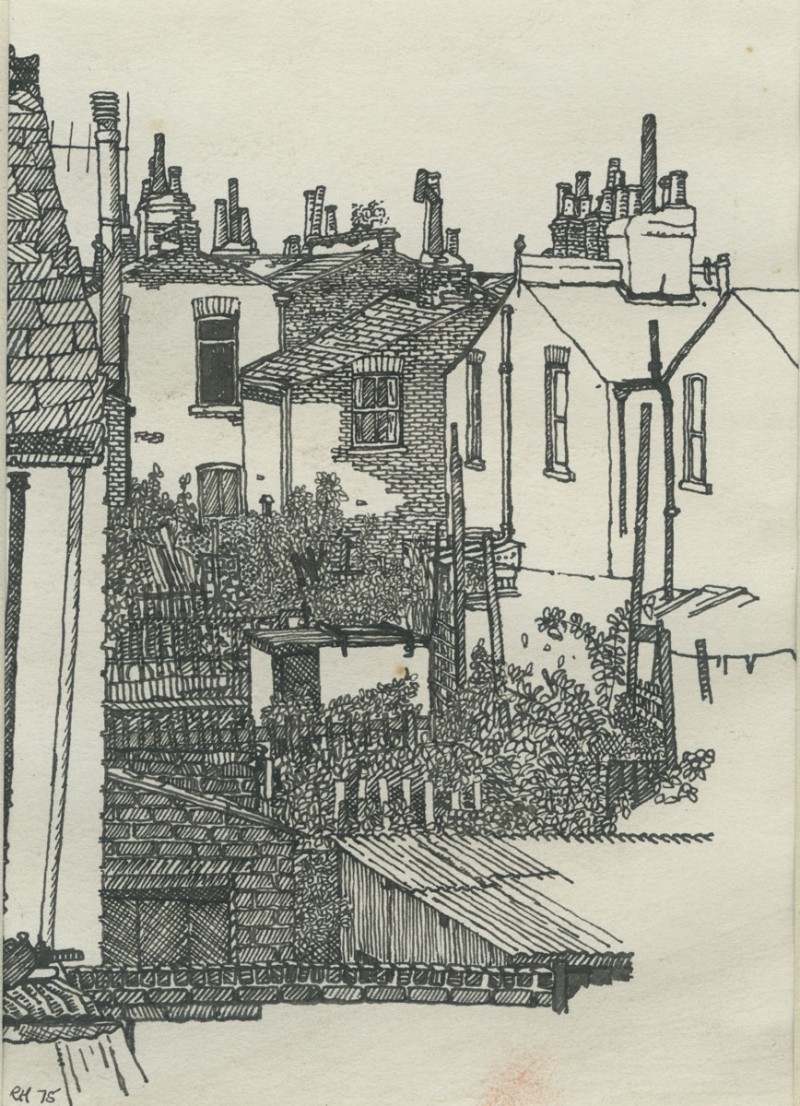 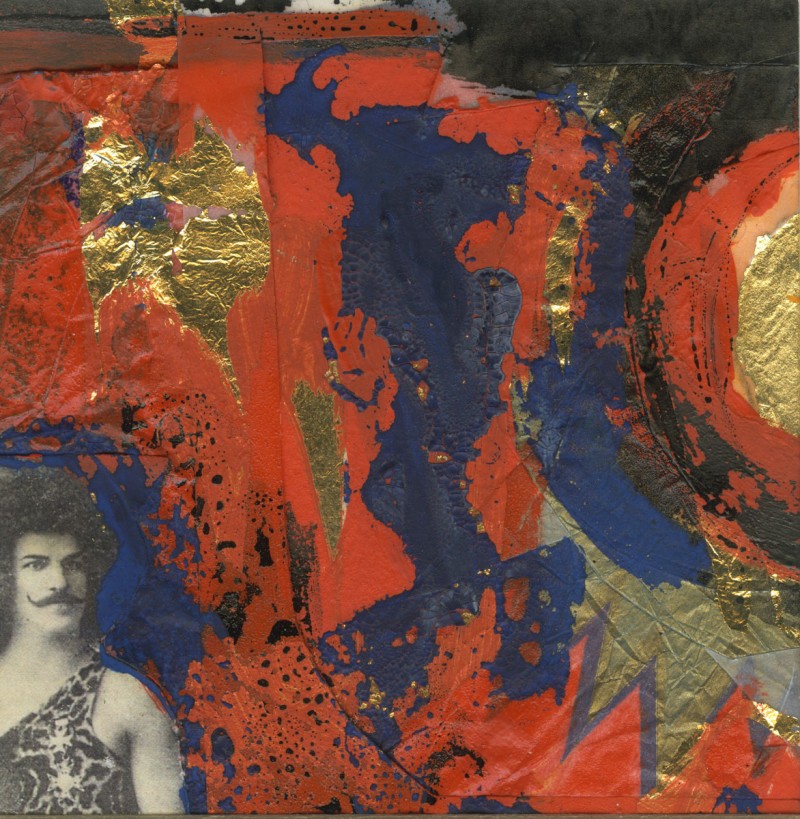 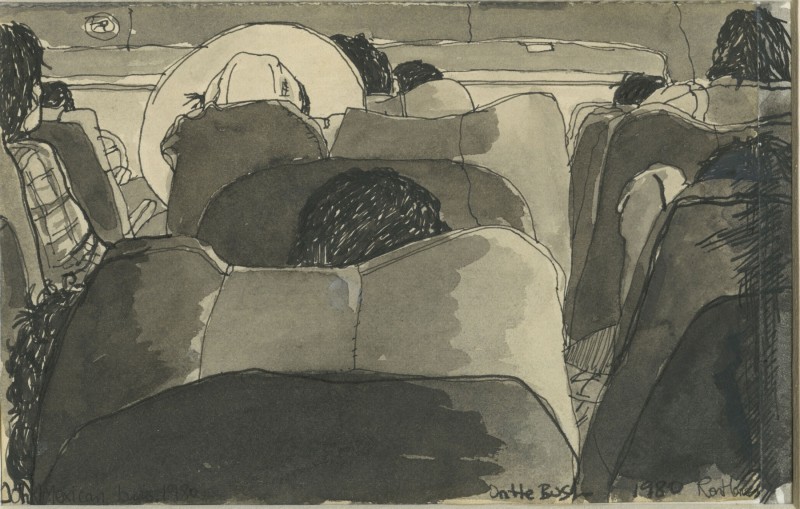 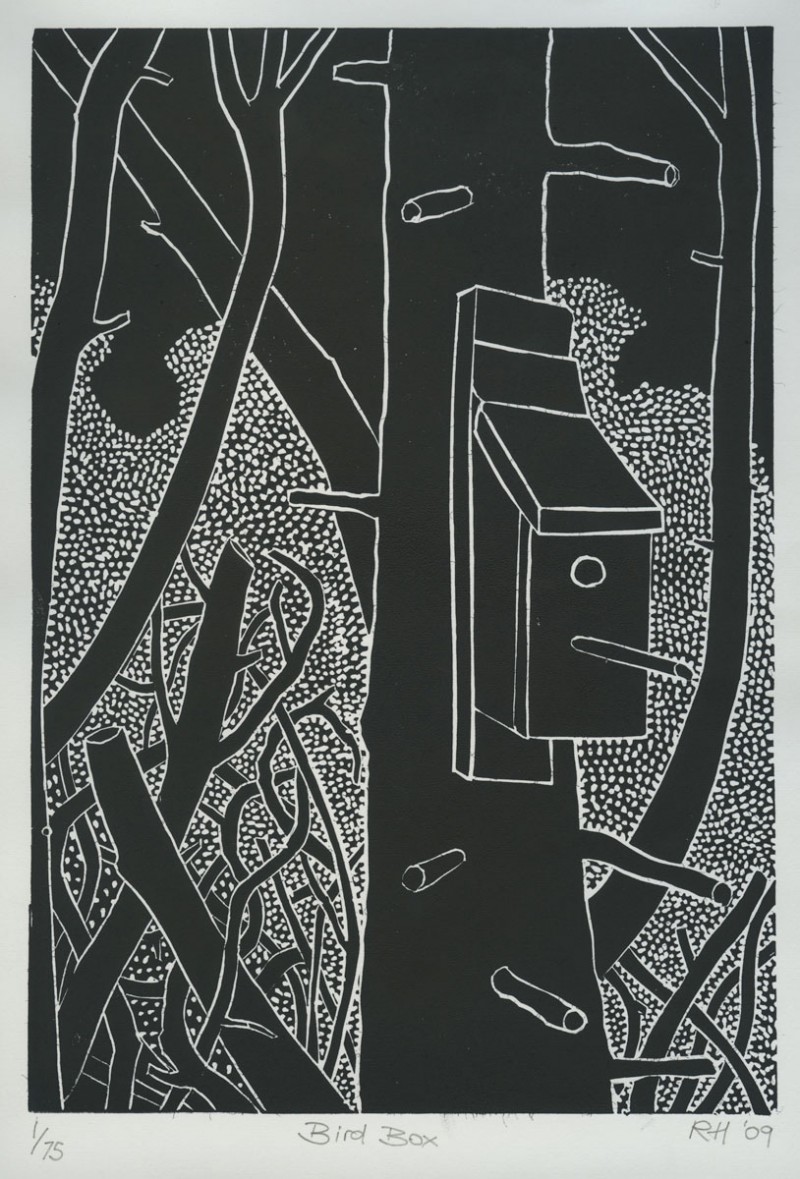 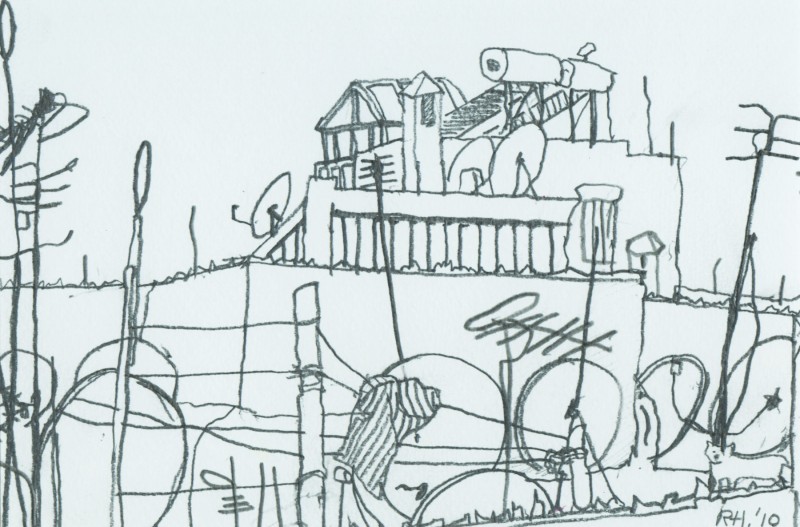 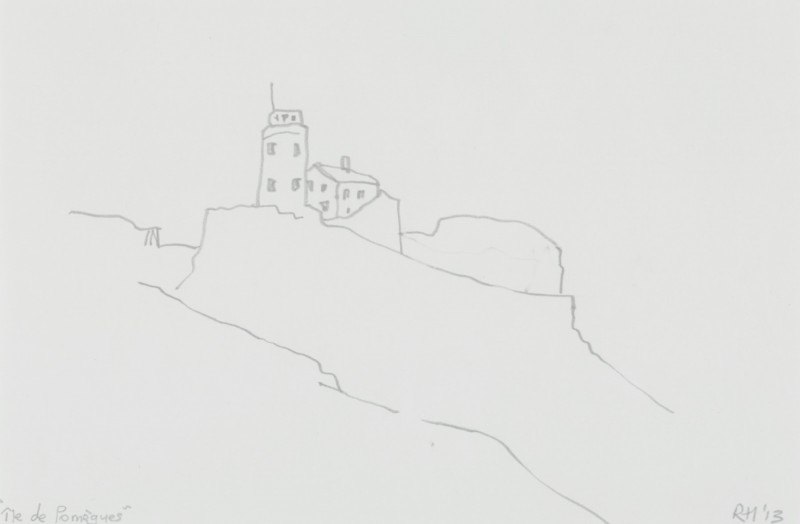 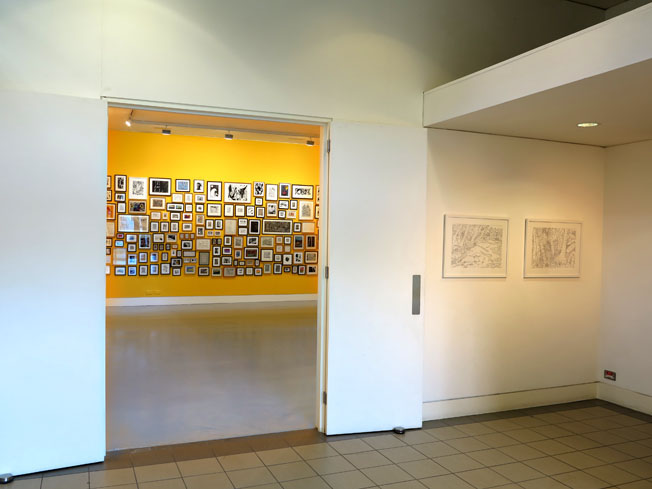 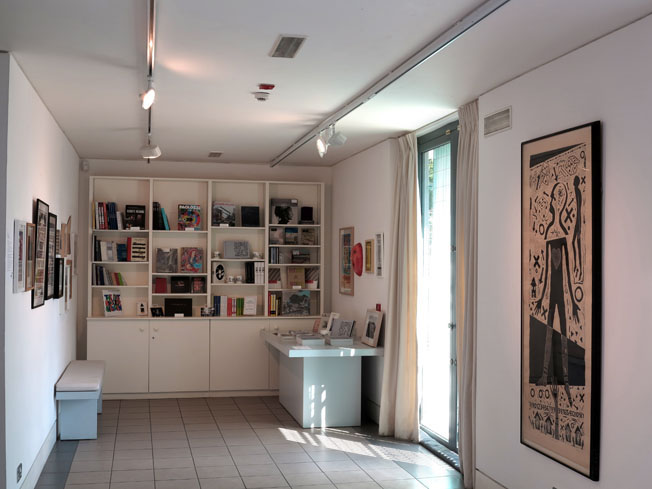 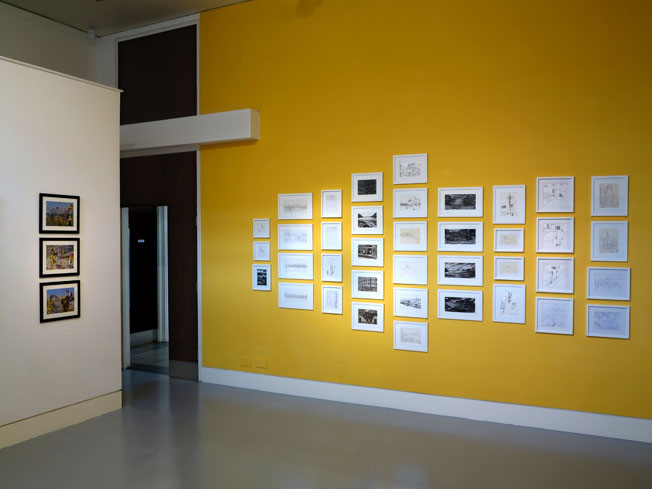 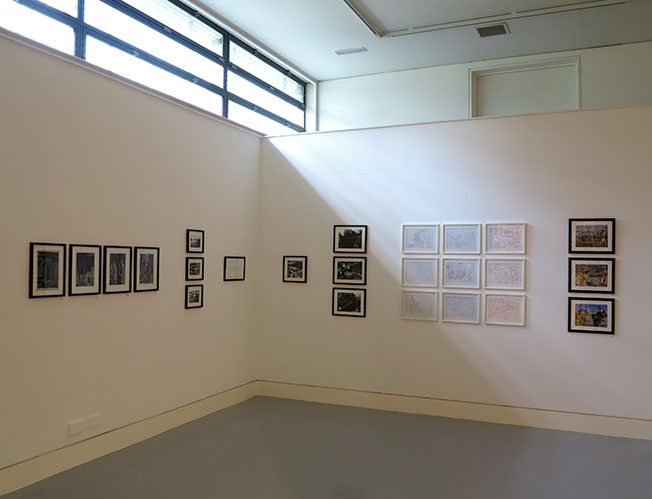 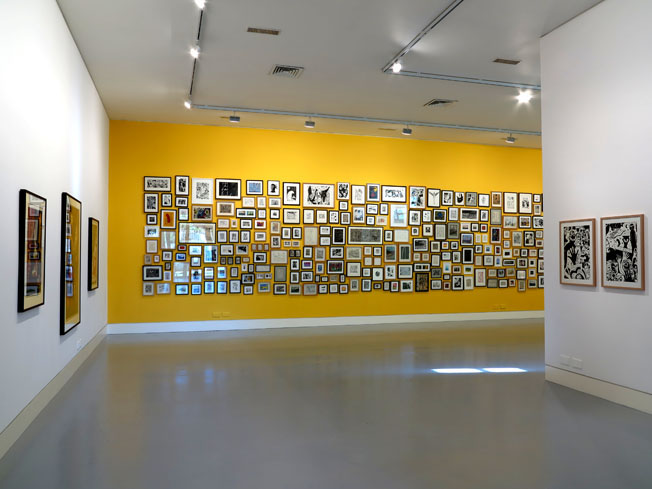 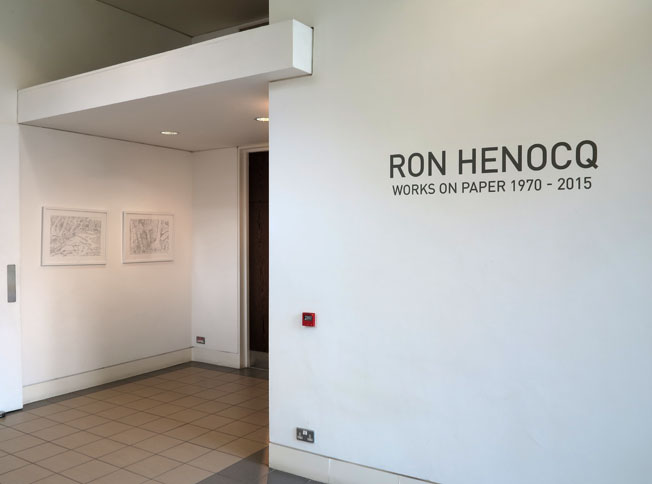