What if some of the greatest plays in history were borne of a bargain with the Lord of Dreams?

Wendel! Open Your Door has been made event of the week by Art Licks.

Wendel! Open Your Door // Woodmill at The Gallery

This possibility is played out in Issue #19 of Neil Gaiman’s graphic novel, The Sandman, as multiple worlds collide to witness William Shakespeare deliver the first performance of A Midsummer Night’s Dream.

Taking this graphic retelling as its starting point, the Woodmill has assembled a group of some 20 artists, writers and curators to produce a collaborative project at CGP London and the surrounding park. This accumulative exhibition delivers a set of works formed by the group, drawing from their shared interests in the material, and augmented by a schedule of one-off outdoor events and performances.

Opening of exhibition with performances by Beth Collar and Daniel Lichtman.

Inspired by characters in William Shakespeare’s Midsummer Night’s Dream, artists Simon Werner and Will May-Robinson lead a Goblin workshop open to all ages at Cafe Gallery. Using plaster bandages and acrylic paint to create masks and claws, the finished Goblins will be hung in trees in and around Southwark Park, let loose to spy on unsuspecting visitors!

A LAN Party is a gathering of people assembled together to publicly share the experience of multi-player computer gaming, where-by computers and monitors are networked together to create a temporary shared gaming hub. This event includes a live video introduction by Christopher M. Smith, exploring the history of LAN Parties and hopes to re-imagine gaming’s community potential (akin to ‘Arcades of the past’) a public expression of this otherwise hidden passion.

Consisting of various informal performances, readings and installations that engage with the space of Southwark Park, Park Acoustics will feature a series of sonic events conceived for the park.

The late theorist Fredrich Kittler wrote on machine determinism and its dominance over the way humans communicate and behave. If technology is not an extension of us, but we instead part of its autonomous evolution, what is the relationship between technology and society?

A group of artists and writers propose a picnic, a networked event that performs the distribution and digestion of knowledge. Circuits and systems of eating and communicating, recording and transcribing, are enacted in a public park. Thinking is translated into binary codes, appropriated, cooked and consumed.

To the Commissioners of Central Park:

I have planned purposely to effect a double object. Not only to give a pleasing landscape, but also an instructive one. For amusement and instruction combined, certainly intensify each other. I propose then to lay off the southern half of the park in a miniature representation of the continents of the earth.

Entry submitted by Lewis Masquerier in the 1858 competition to design Central Park.

Unfortunately, no one would ever get the pleasure to stroll through Masquerier’s vision for Central Park, as Frederick Law Olmstead’s proposal would be the winning one. Yet nevertheless his vision for a landscape that would promise both pleasure and instruction is very much in line with the history of garden architecture. From the gardens of the antiquity, to the French and English landscape gardens and the park designs of Frederick Law Olmsted and Walt Disney, nature has been used to choreograph our physical movements and emotional states. This screening looks at landscaping as a process of cultivation, one that creates sites suspended between exercised control and escapist diversion whilst offering the potential for political subversion.

Nature is featured here as a manicured stage set that guides and hosts the theatrics of the human condition. The environment is reconsidered not just as a dramatic backdrop that illustrates the psychological condition, but also as an active player in the sculpting of social unconscious. The individual films are entwined within a scroll of still vignettes, interlacing imagery and rhythm to mimic the peripatetic nature of human perception.

Programmed by Anna Gritz and Jennifer Teets in conjunction with South London Gallery.

Forward to a white tantrum, a white magnum, a home for abandoned cats and gods. A Tia chi ice cream, a threat of meaning. – gulf stream, white wine witches, vandals, and computers with itches on their Cyborg phantom limbs. A dead dogs shinbone chiseled into a poking stick. And with the golden age in sight, (or at least in spitting distance), ketamine on biscuits and strictly organic shop lifters. Drifters mumbling – for want of better words – babbling, somewhere between a spell and a prayer. Vagabond vagrants looking in a dark room for a black cat which probably isn’t there. And with this spellbind words become blown air, ideas disintegrate into a cot death concept, flaccid as a summarised joke. 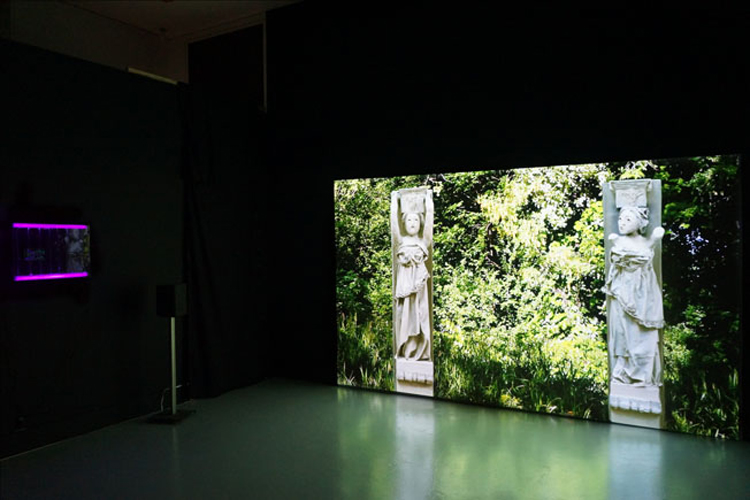 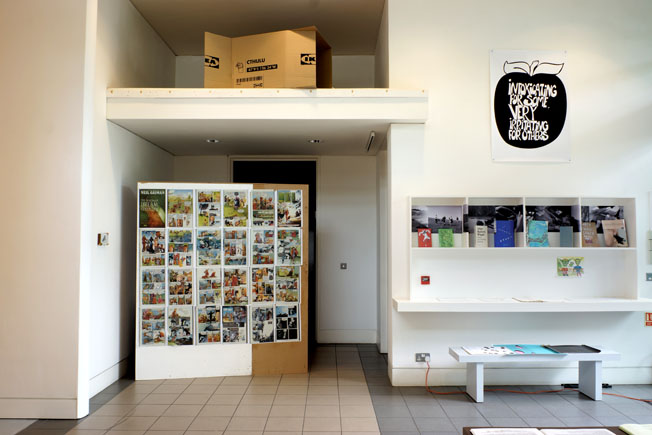 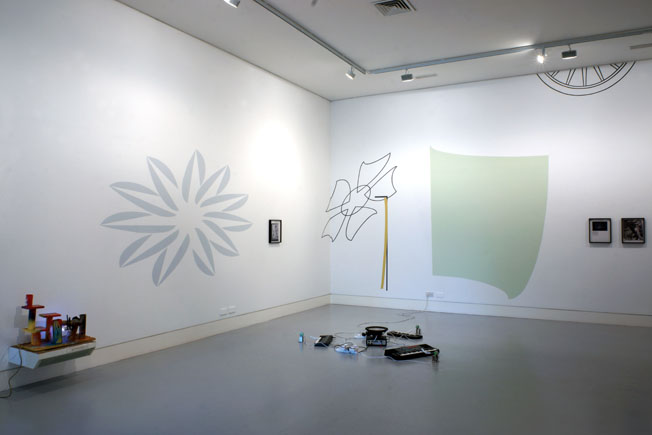 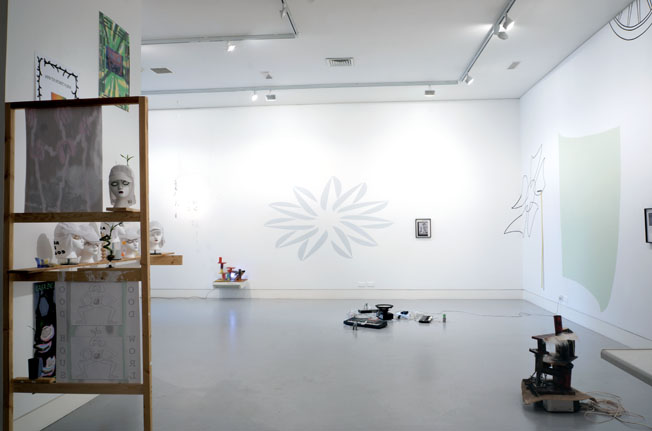 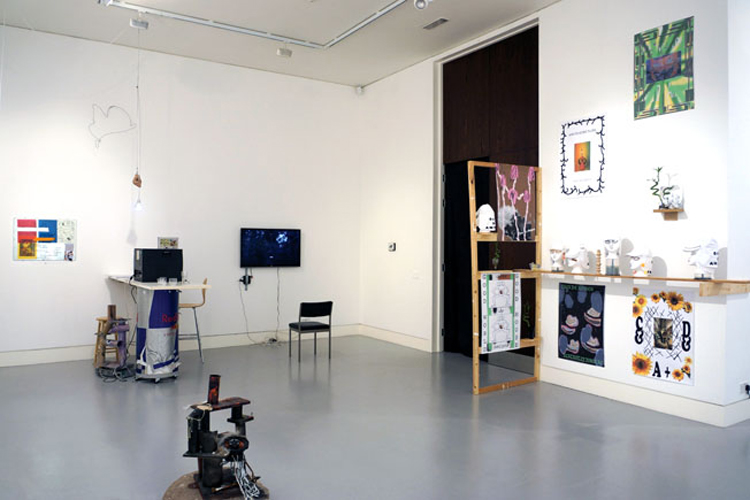 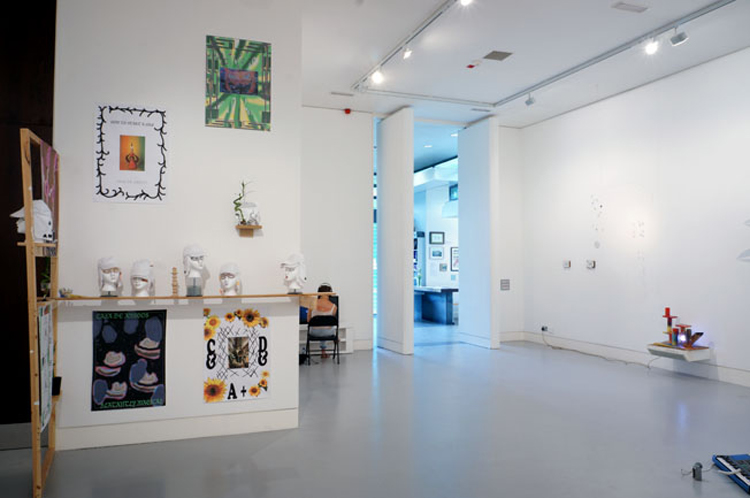