Clare Goodwin, for her first solo exhibition at Cafe Gallery, will present new wall and floor-based works. Alongside a body of paintings in a muted palette, Goodwin will include a site-specific work on the gallery floor. The title, Unforced Errors, refers to a popular tennis term used to describe failed shots that are not the result of pressure from a player’s opponent. The umpire tallies an ‘unforced error’ when it is deemed the player should have been able to keep the ball in play but did not. Here, Goodwin seeks to highlight the uncanny connections between processes of making and the tactics of game play, where one false move or wrong decision could, irrevocably, alter the outcome.

Goodwin is principally known as a painter. Using thin layers of acrylic she creates formally precise, hard-edged and predominantly high-coloured abstract compositions. Her inspiration, far removed from the minimal symbolism she depicts, has and continues to come from pre-existing items and imagery, trawled from a variety of sources. Often titled with British names from the 1970s/1980s – Pam, Dave, Sue, Bob – one might imagine these works as social portraits. Through the process of interpreting patterns found on ties, scarves and objects of retro design, Goodwin reveals her fascination with the Modernist movement and a collective sense of nostalgia for the past. From the carefully composed lines, Modern motifs and eclectic hues of her paintings it is equally possible to discern traces of kitchen-sink narratives as the vestiges of dialogues between abstract-painterly and familiar graphic languages.

Goodwin has positioned her chosen means of making at the centre of this exhibition, allowing the technical and material anomalies of each process to influence composition or construction of the works. The new paintings offer dark, dynamic abstract vistas. Devoid of horizontal markers, each arrangement of shards and slices – set with dramatic, positively Baroque intention on the diagonal – appears charged with a sense of movement. What comes to the fore at close range, however, is the delicate relationship between forms: the (mis)alignments and chance compositional encounters that occur where lines or tonal variations meet.

Through the equally elegant and process-led assembly of domestic laminate flooring in the exhibition rooms, the Zurich-based artist has effectively marked and claimed the gallery territory as her own. As a physical gesture it sits somewhere between the worlds of art and interior design, notions of spatial intervention and social aspiration. The flooring has been laid ‘off gilt’, at an oppositional angle to the architectural blueprint of The Gallery. From certain perspectives in the gallery, one might imagine it covering the entire floor. In reality, this fragmentary and highly painterly archipelago serves to lead the visitor from one room, or one threshold, to another. The flat tessellations of the arrangement appear to echo the illusory strategies of Goodwin’s canvases, at every turn, offering multiple points of view. 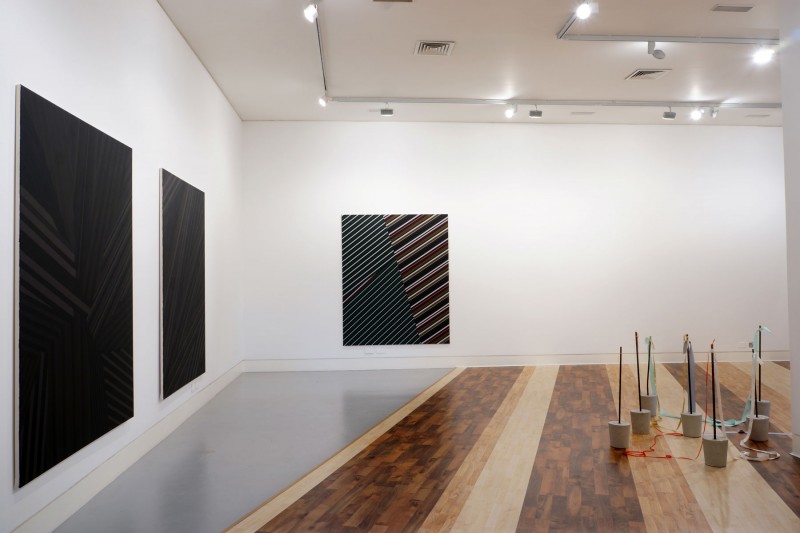 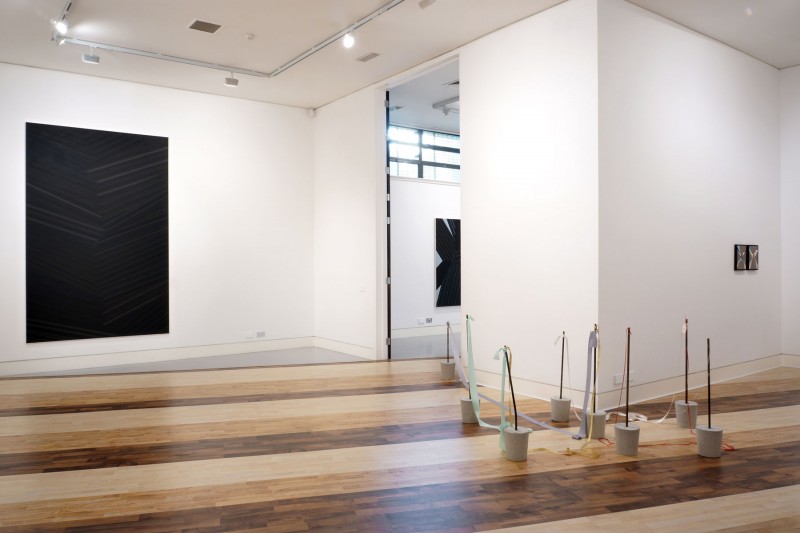 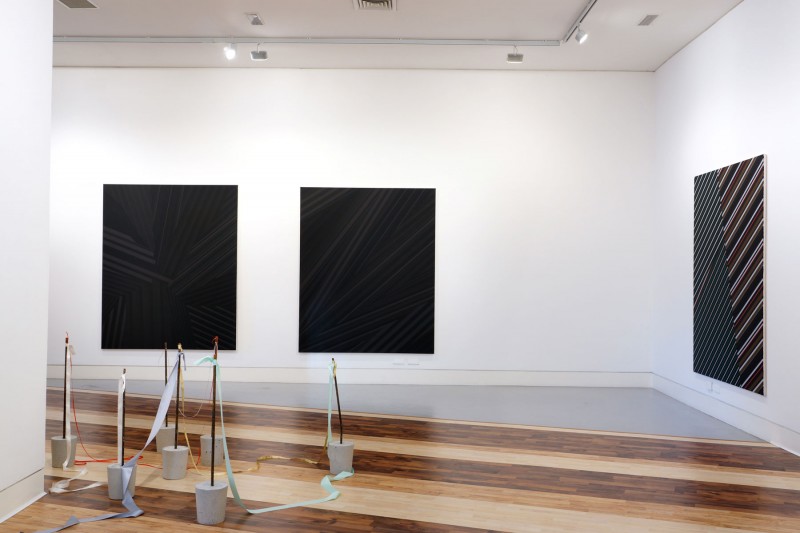 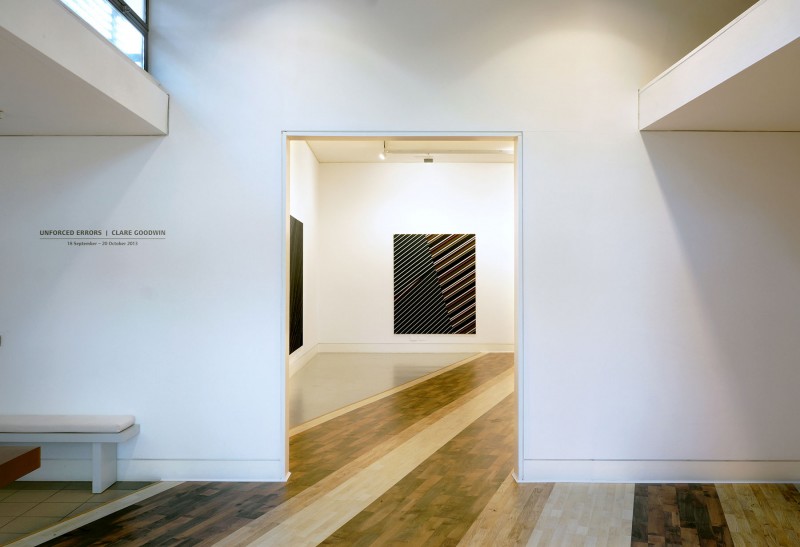 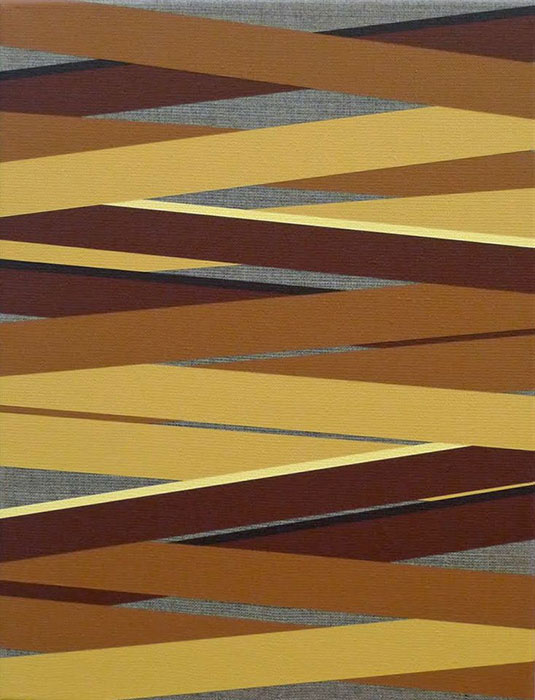 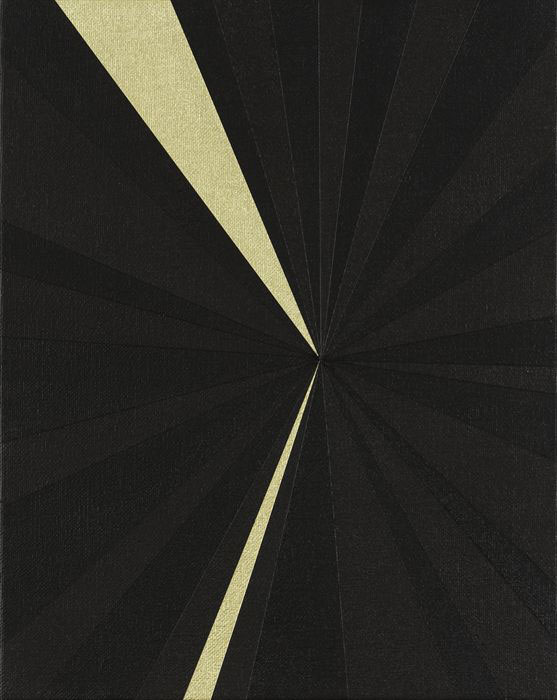 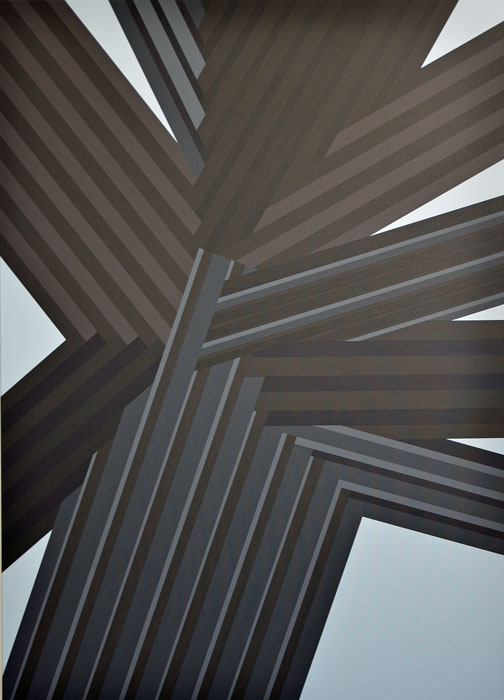