Thinking Things has been curated for Cafe Gallery by Frances Loeffler and takes the relationship between art and the activity of thinking as its subject, exploring thinking’s ambivalent entanglement with sculptural and visual forms through the practices of a number of contemporary artists, among them Richard Bevan, Vanessa Billy, Emilie Pitoiset, Richard Serra and Zin Taylor, as well as through the work of the writer, film-maker and educator Fernand Deligny (1913-1996). The exhibition takes its name from an essay by literary theorist Steven Connor entitled Thinking Things, in which he writes “thinking, which is properly nothing and nowhere, can only lay hold of itself in the form of a thing. But not just any thing will do, for it seems that it needs to be a special kind of thing, a thing apt to embody thought – a thinking thing.”

When I think, how do I think? How do I think when I am not thinking? In this precise instant, how do I think when I am thinking about how I think when I do think? “Thinking/sorting”, for instance, brings to my mind “drinking/sporting”, or “ink-writ think-song” or “sort of sinking”. Is that’s what’s meant by thinking? I am not often visited by thoughts about the infinitesimally small, or about Cleopatra’s nose, or about where the holes in Emmenthaler come from, or about the Nietzschean sources of Agatha Christie or Joe Shuster; my thoughts are much more like doodles, internal memos, commonplaces. (Georges Perec, Thoughts of Sorts, 1985)

The following are some thoughts about: dough/energy/cabinets/hands/wandering/spiders.

Can a thought be like a thing? Perhaps, in a way it can. Thoughts, like things, can be forgotten or ignored. They can be demanding, distracting, disturbing, strange and funny. One thing that is a bit like thought is dough. Dough was once several things (water, flour, salt) and is in the process of becoming some thing else (bread, pizza, pastry). In the meantime, it is a wonderfully elastic, smooth, bubbly, oozing organism that is not a discrete object, but will grow, shift and expand. The fun thing about thought is that through thinking thoughts can become any number of ‘things’, and each one can be different. You can have 72 thoughts about a finger and 16 thoughts about a cane and 40 thoughts about a cup manifesting into a form.

It is also possible that thinking is like a kind of energy. Energy is often silent, hard to see and generally you can’t touch it, and yet it has the ability to transform matter. Think about electricity, or battery power, or gas. Energy can make the water in your kettle boil, your fridge hum and your toast pop. Conversely, food is transformed into energy in our bodies. In many ways it is about the relationships between things. It is about aggregates. It is about what happens when two – or three, or four – very different things come together and are transformed into something else. Energy and matter, thoughts and things, will forever be ambivalently entangled, full of contradictory alliances and uneasy co-dependencies.

The fleeting nature of thought is such that it’s important to keep pen and paper on the bedside cabinet at night, in case you have a good idea and want to write it down. The philosopher Martin Heidegger said ‘perhaps thinking, too, is something like building a cabinet’. Cabinetmakers are craftsmen who both think and express that thinking with their hands. The suggestion is that thought is not merely a disembodied or cerebral process; it is also about objects, people and things: hands, fingers, arm, paper, dresser, pen. One thing is certain: thinking is about bodies. After all, the origin of thinking is in the corporeal. Thinking is part of the way our bodies function.

Our bodies register our thoughts as though uttering a mysterious para-language, a language of the body. Our bodies underwrite the cadences and progressions of our thoughts. As the writer Steven Connor has said, ‘thinking things are kinds of bodies’. Notice how sometimes hands make dance-like movements when someone is thinking and speaking. In English it is said that one ‘thinks with one’s hands’. Jacques Derrida, talking about Heidegger, hands, teaching and cabinetmaking said ‘the hand thinks before being thought; it is a thought, a thought, thinking’. You can also ‘think on your feet’. We speak about ‘grasping’ an idea, as though with our hands. A pair of hands tied up in string and trying to become free is a good metaphor for what thinking sometimes feels like. It can be an almost physically painful process. We struggle, strain and wrestle with our thoughts.

In 1968, poet and educator Fernand Deligny created a network to care for autistic children in the Cévennes region of France. Deligny and a number of caregivers living with the children made maps that recorded the children’s movements and activities through the day. Deligny did not want to study these children in the conventional way that psychiatrists did at that time. Drawn on sheets of tracing paper and copied out on a base map of their living areas, the maps were intended as a non-verbal means to relate to and live alongside the children. Deligny called the maps ‘lignes d’erre’, or ‘wander lines’.

The six suspended maps in this exhibition are the wander lines of a child called Benoît, known as ‘Binou’, and were made in the late summer of 1973. The maps record his movements around the living areas of the community and the surrounding countryside in the south of France. They show whether he moved around alone, carried objects, or spun around on the spot. The orange circles are his spins, the small bright green tridents the hands he waves about and the black dots the stones he carries. The time of day is indicated in the small circular symbols on the left hand corner of the image.

According to the English expression, not only our bodies but our minds also wander. The word wander comes from the old German word wendh, which means to ‘to turn and wind, but also to weave’. Thinking is perhaps a kind of weaving. It is a fragile, winding, irregular network of intersecting lines that does not have any purpose beyond itself. ‘The maps could qualify as thought through images’.

Thus, there are these events that grow, that have grown, like we say a tree grows, or like in the raising of walls of a house, and there are networks that spin and weave themselves like so many spider webs, at the fork of tree branches and nooks; passing birds or the maid’s broom. (Fernand Deligny, 1981-1982)

5. Translated by Drew S. Burke for the forthcoming The Arachnean and other texts, 2014) 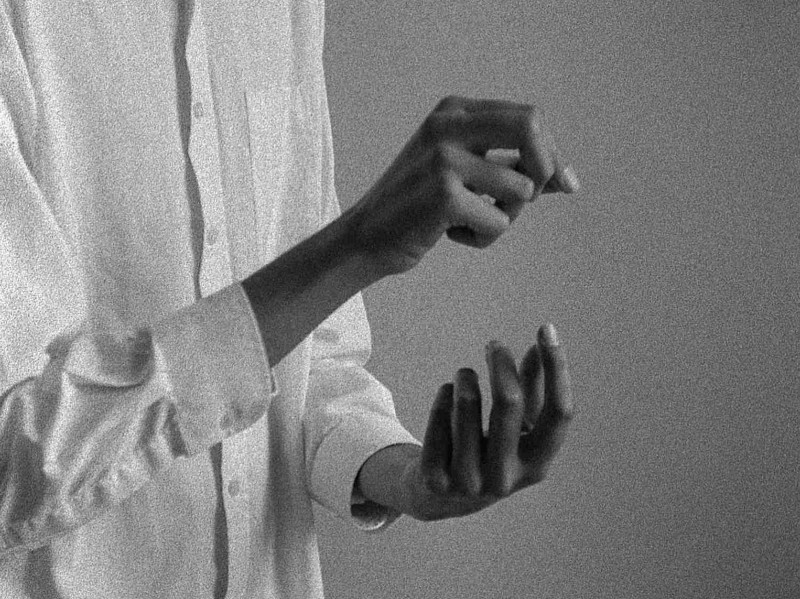 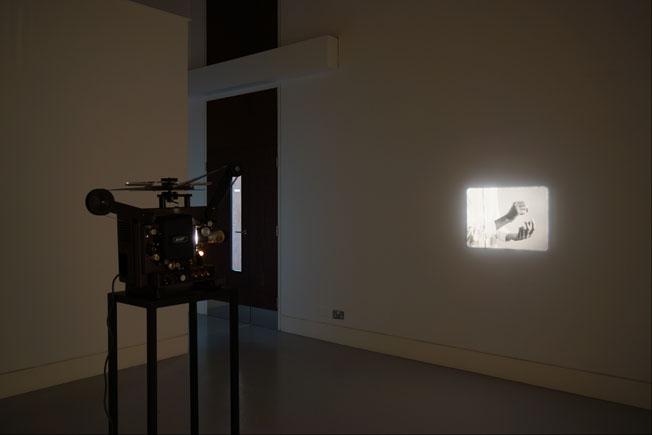 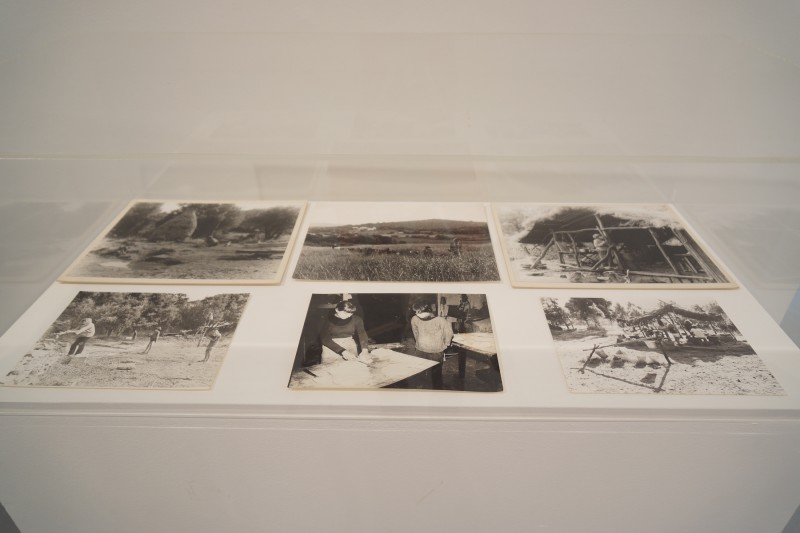 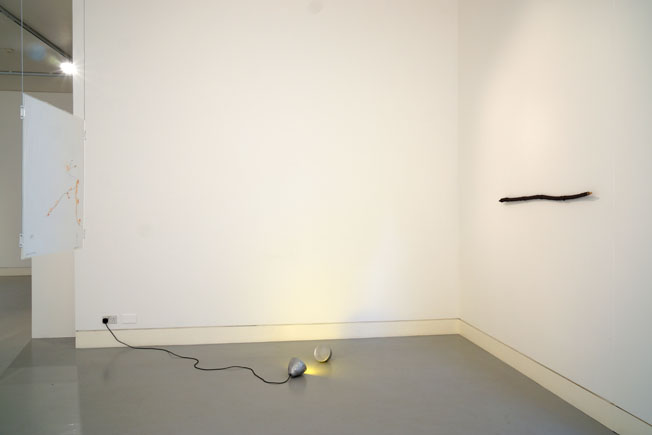 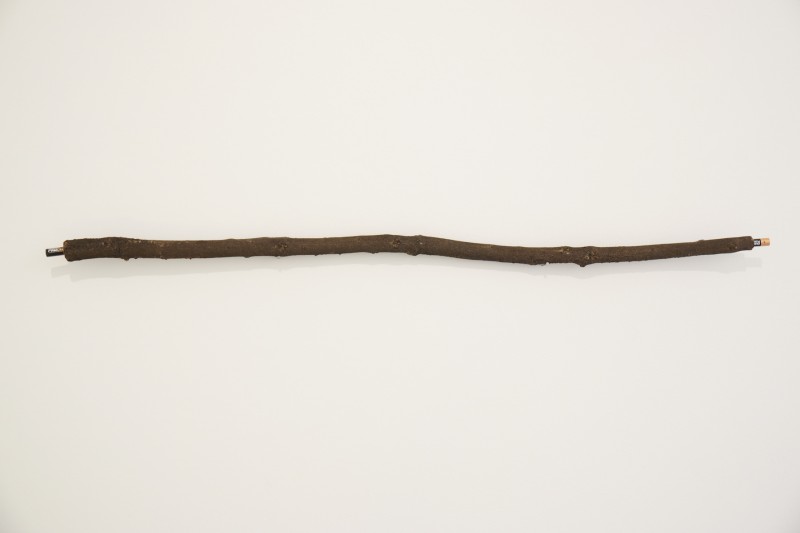