THE KNOT COMMONS is a new large-scale poly-vocal three channel video and surround sound composition with performance by Rebecca Lennon. It is the annual collaborative commission by Southwark Park Galleries and Matt’s Gallery created specially for Dilston Gallery.

Originally planned for March 2020, the show was postponed, re-thought and re-designed over the successive national lockdowns. THE KNOT COMMONS became the second part in a series of works, following on from Liquid i at Primary, Nottingham in 2020/2021, building on themes explored there. Liquid i was accompanied by a text written by Sophie Jung. A new text by Rebecca Jagoe will be published alongside this exhibition.

The exhibition expands a two part spatial composition of vocal loops, textual knots, and imagery inhabiting / moving around two different repurposed civic architectures, a school and a deconsecrated church. The work deals with urgent themes around finance, housing, the body, the voice and the porous nature of selfhood, combining complex and poetic themes arranged linguistically, sonically and visually in an immersive audio-visual assemblage. Characters are decked out in uniform black velour. Percussive vocal sounds, tics and hums build up spatial rhythms like an incantation. Entanglements of bodies unravel; public and private, human and non-human. An aerialist loops in air, mosquitoes spit blood in rhythms, mouths speak multiple voices, while others spit water like fountains.

A key point of departure is a story describing the removal of roof tiles from a house to allow water seepage, causing it to rot from the inside and become derelict. This body of video and sound describe and viscerally conjure this toxic seepage as a movement of liquid: into and out of a body carried by a mosquito; out of the drains of a house, filling the street due to an intrusion of Knotweed, out of the mouth in absence of a voice; into the body of the Vampire, via the demand of a melancholic thirst.

Lennon uses the image of planned dereliction as a way into thinking about ownership and its collapse. She departs, using the house as a stand-in for the body, to think about how the self is constituted physically and through language, how a voice might be allowed or denied its right to speak and how it may also be repurposed for self (and collective) care, a commons.

LIQUID i the Knot Commons is a new body of work being developed by Rebecca Lennon with Matt’s Gallery and Southwark Park Galleries in London, and Primary, Nottingham.

An artist based in London, Rebecca Lennon works across media to produce large-scale multi-channel sound and video installations, musical releases, performances, texts and visual scores. Using rhythm and musicality within video and sound editing to disturb narrative flow, Rebecca evokes a psychological and neurodivergent relationship to language, words, loops and noise – meditating on memory and its voices, working with spatialised layers of sound, vibrations and visceral texts that fragment and repeat. Recent video and texts focus on entanglements of ownership, forms of housing (and their collapse), embodiment, porosity and questions of what constitutes a voice.

She has exhibited internationally, across contemporary art and experimental music platforms, radio and publishing. Graduating from the Slade School of Art London MFA in 2010, Rebecca is a visiting lecturer at universities such as Arts University Bournemouth and Royal College of Art, London. Upcoming/recent exhibitions include: Cafe Oto, London, 2022, Galeria Duarte Sequiera, Braga, Portugal, 2021, Kaunas Film Festival, Lithuania, 2020 and Whitstable Biennial, 2018 with solo shows at Southwark Park Galleries, London 2021, Primary, Nottingham, 2020, Almanac, Turin, Italy, 2019 and Matts Gallery, London, 2018. Rebecca recently featured in ‘On Care, an anthology of artists writing’, published by MA Bibliothèque, 2020, BBC Late Junction 2019/2020 and on a collection of artist interpretations of scores by writer Salomé Voegelin, released on vinyl in 2022. She is currently pursuing her PhD at Goldsmiths across departments of Fine Art and Music. 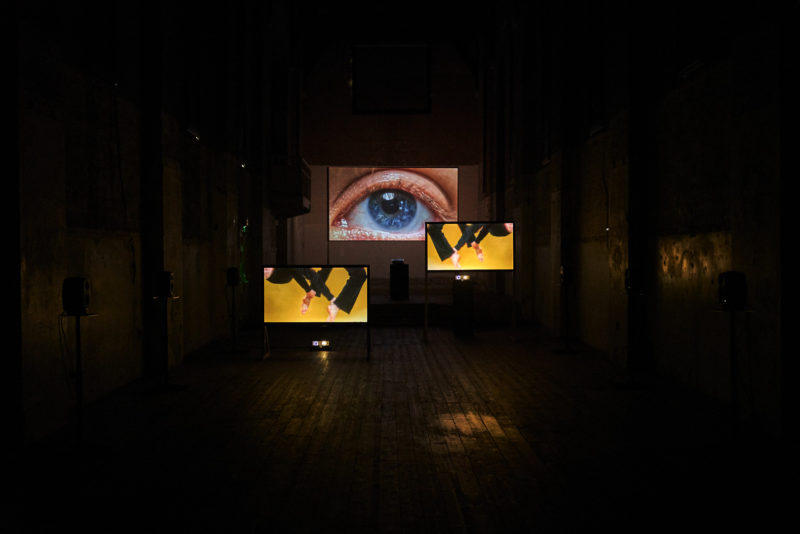 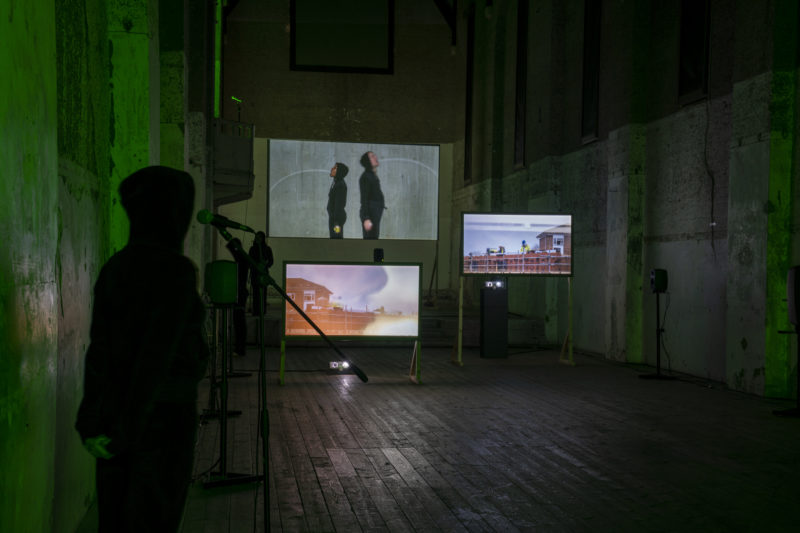 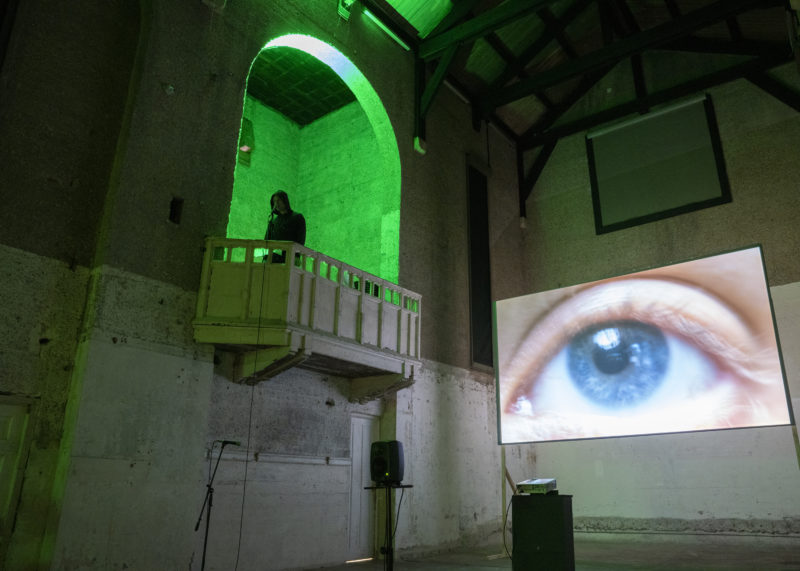 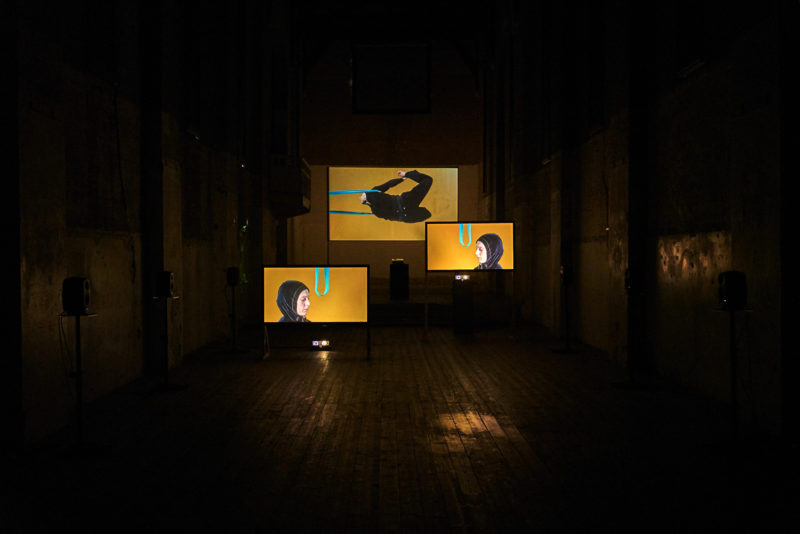 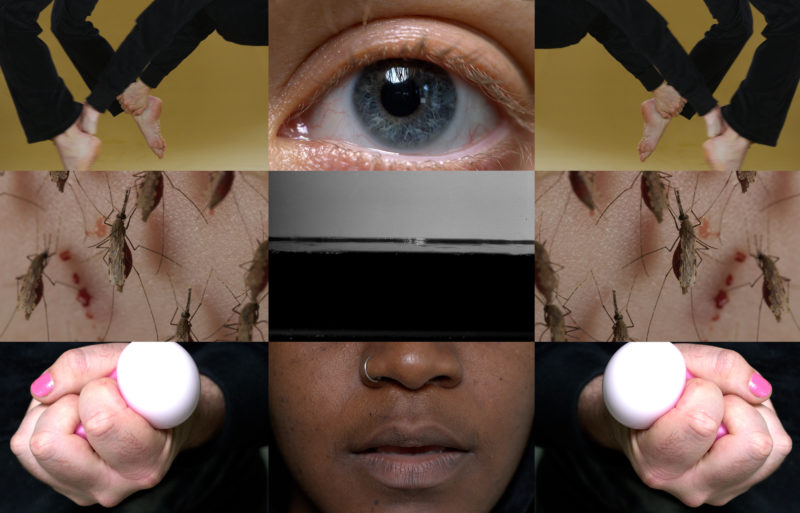