CGP London is pleased to announce the opening of The Inner Self: Drawings from the Subconscious. Organised by Outside In, which is a national project providing a platform for artists facing barriers to the art world due to mental health issues, disability, health or social circumstances, London-based artists were invited to submit black and white drawings to an open competition. Selected from a total of 154 submissions focusing on the theme of the subconscious seven Outside In artists have been to exhibit their work alongside Outsider Artist Nick Blinko’s minutely detailed monochrome pieces. Macabre and intense; Blinko’s images depict microscopically detailed interconnecting worlds and figures such as skulls, broken dolls, imps, foetuses and precisely handwritten notes.

The selection panel included CGP London Director Ron Henocq; Vivienne Roberts, Curator at the Julian Hartnoll Gallery; Outsider Artist Nick Blinko; and Outside In Manager Jennifer Gilbert. In addition to the group exhibition at CGP London, one of the selected artists will be chosen to present a solo exhibition at the Julian Hartnoll Gallery, Duke Street from 16 – 22 November 2014. The artists exhibiting in The Inner Self: Drawings from the Subconscious are:

Jan Arden
Jan Arden combines Celtic knot-work with African faces and South American Shamanistic Aztec priests, people, animals symbols and shapes. He creates what he sees on the paper after moving the biro in dance like movements, eyes closed and reaching into the subconscious for inspiration and guidance.

Nigel Kingsbury
Nigel Kingsbury uses pencil and pen to create fine, delicate portraits depicting women as mystical goddesses attired in glamorous ball gowns, decadent outfits and floating dresses. Drawing virtually every day, he sources images from paused TV programmes or from the nurses when he is in hospital.

Imma Maddox
Imma Maddox is predominantly a textile artist, although drawing is equally as important to her. She has found that she has her own language for drawing hands, feet, eyes, hair, tails and horns. The meaning of what she is drawing emerges during the process. She plays creatively with the line, often going to a place she has never visited before.

Pat Mear
Pat Mear’s tiny spiral notebook drawings are a move away from her very cerebral and hard-edged paintings and prints, in a bid to reveal an inner truthfulness and to practice drawing more quickly than it is possible to think or ‘tidy up’.

Hannah Swain
Hannah Swain was diagnosed with Bipolar at the age of 50 after the death of her mother. She began creating her works during her time in hospital, producing images of angels that embodied her mother, keeping her memories alive.

Billy Weston
Billy Weston takes every opportunity to draw; in cafes, pubs or wherever there is a seat. He is inspired by HR Geiger’s bio-mechanical designs, as well as the album covers of the 70’s, with their sci-fi appearance. He also liked Marvel comics as a child, enjoying the stylised drawing techniques and stories of superheroes. Additionally, he cites the negativity of the human race as inspiration.

Terence Wilde
Originally, Terence Wilde’s drawings were observational, accurate representations of their subject. Gradually, and particularly through use in therapy, he began to draw from personal life experience. He now uses drawing to map points on his spiritual journey to help him accept who he is. 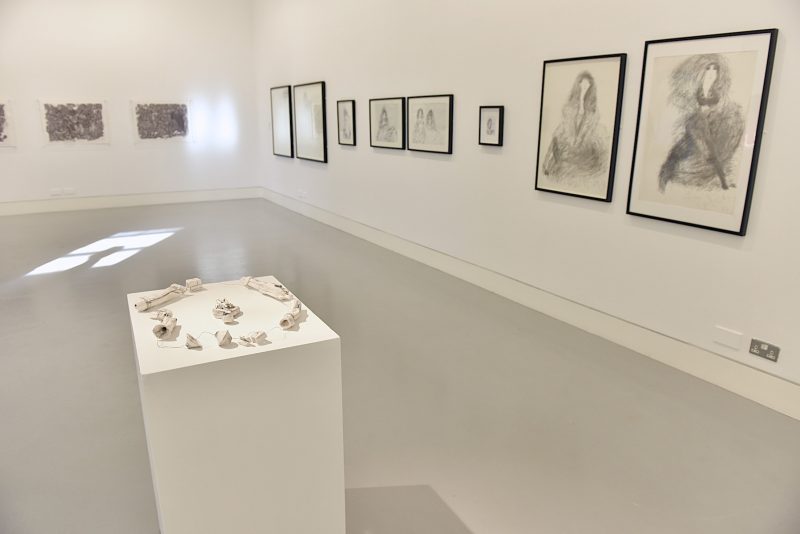 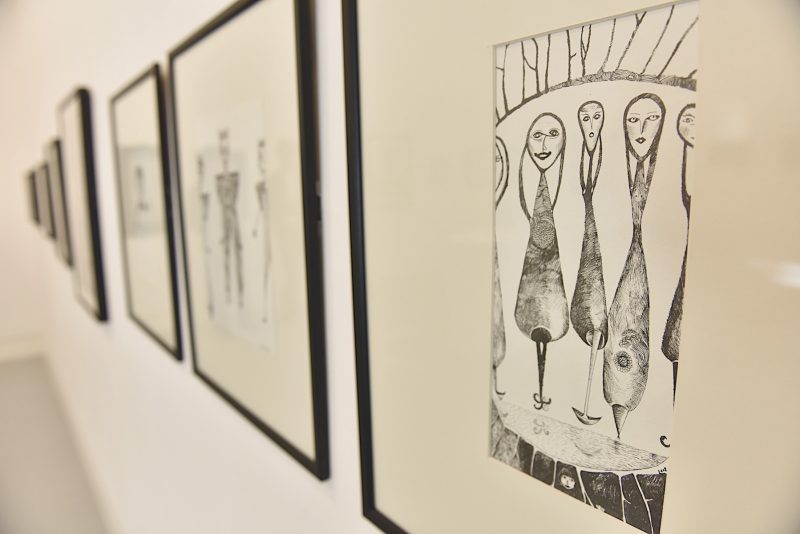 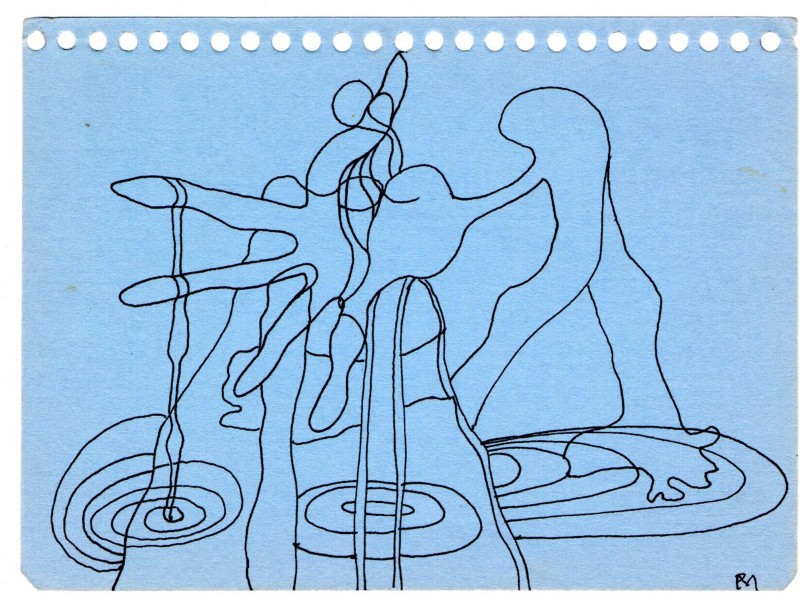 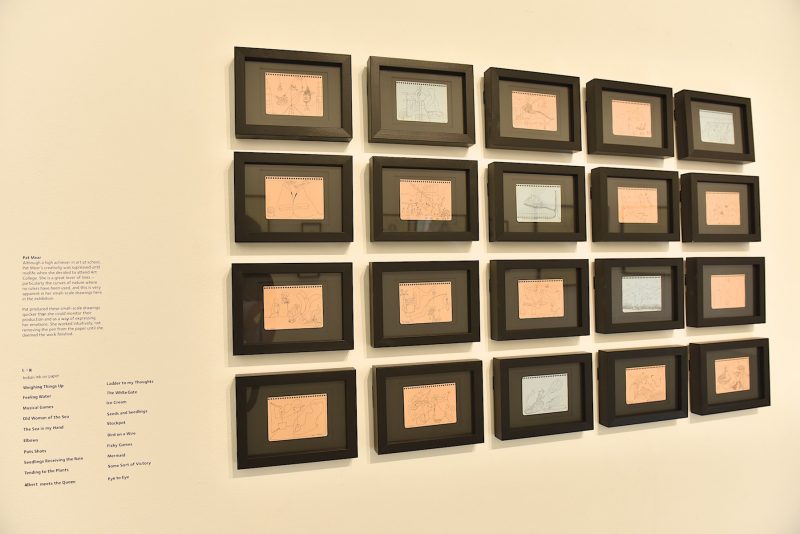 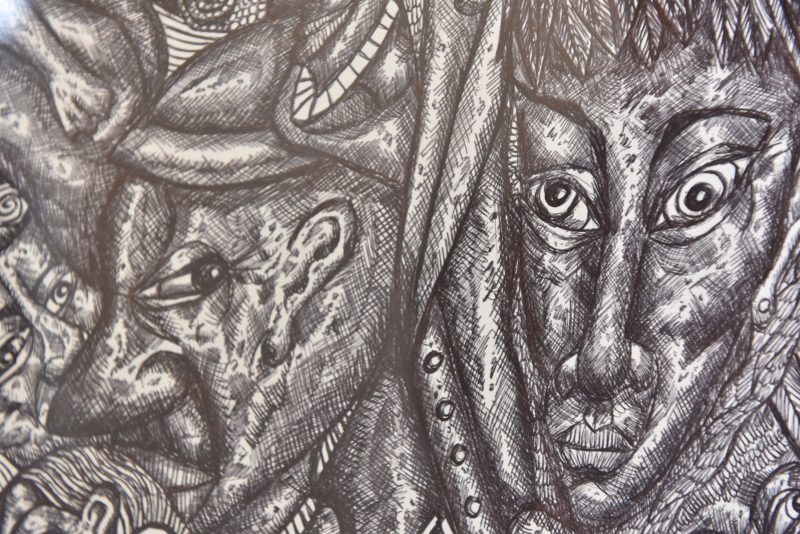 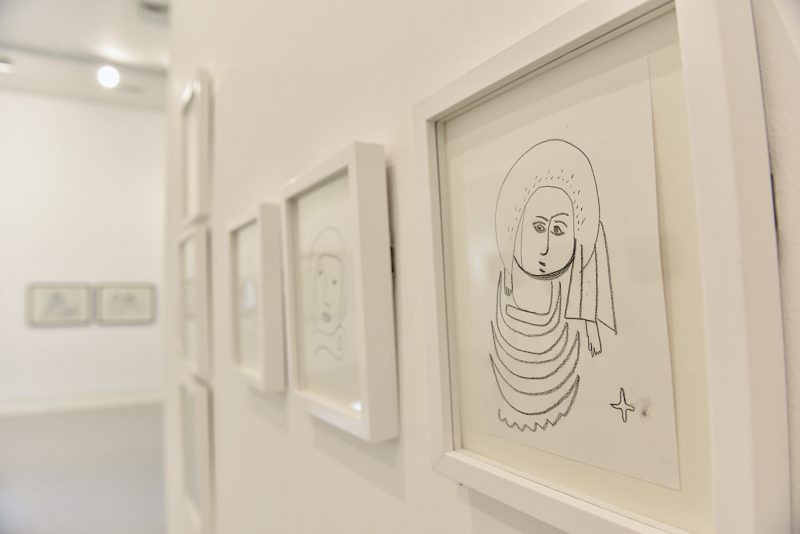 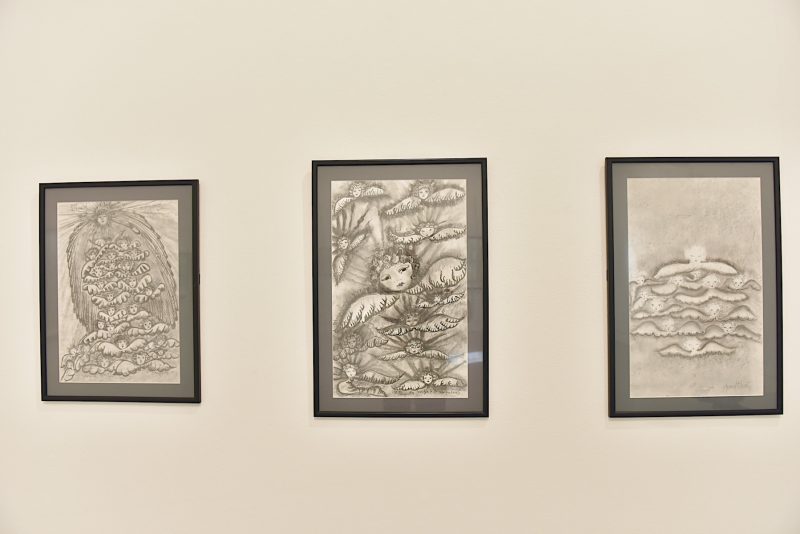 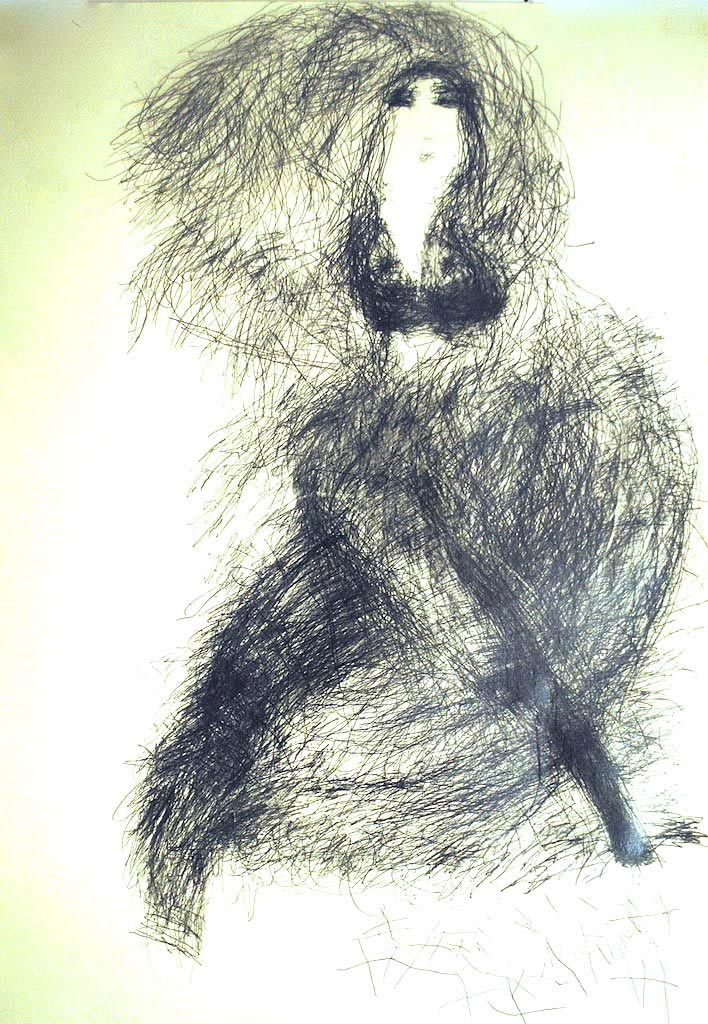 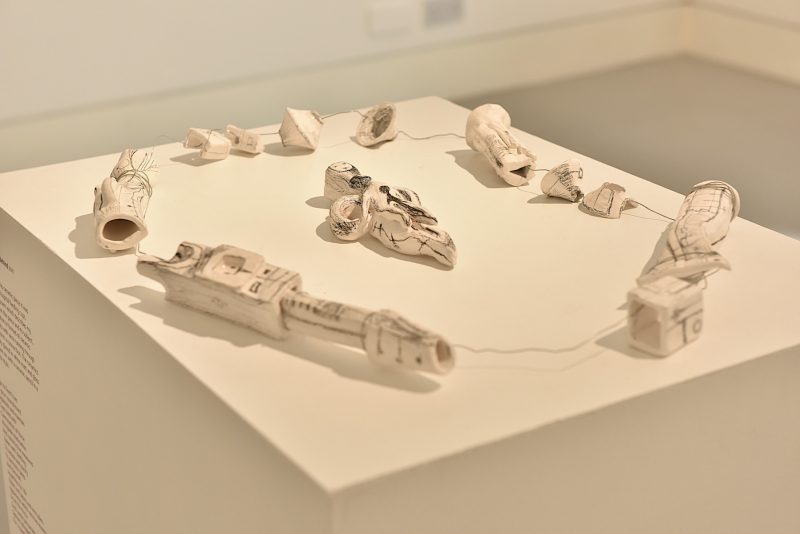 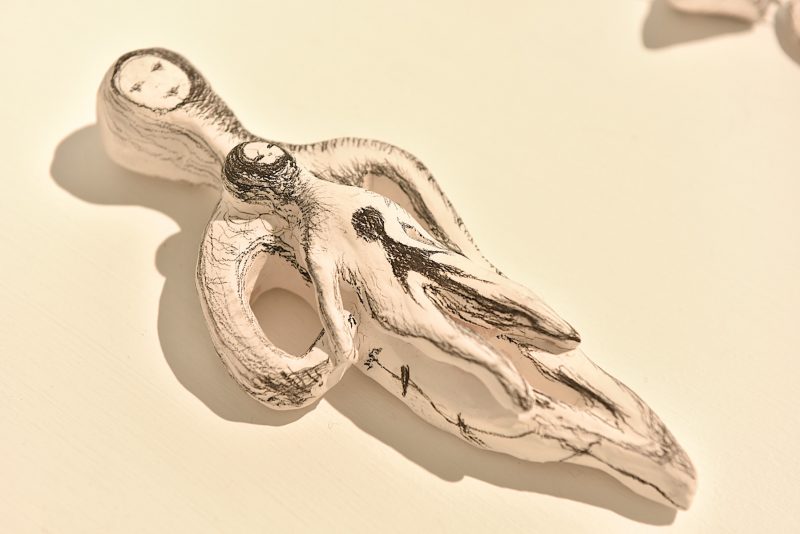