Realm is an experimental residency-based commission between a trio of London based artists Hazel Brill, Richard Downes and Mr X.

Referred to as the ‘Lungs of London’* since the 18th century, our public parks are crucial to the balance of our urban lives. They are physical and mental sanctuaries, spaces that enable meditation, rejuvenation, pleasure and escape.

Over a thirteen-day residency based on site at The Gallery, the artists have developed a new collective body of work that has manifested in an immersive multi-media scene. The installation responds to the gallery’s park setting as a space for play, contemplation and the passing of time.

Realm resembles a DIY theatre set; a cyclical ecosystem that rotates and reboots itself every twelve minutes, providing the gallery with its own automated life cycle. Together the artists have created a safe, enveloping environment within a precarious world, each taking control using their preferred device: sculpture, sound, and light.

Realm is a futuristic sanctuary and contemplative space where Mr X’s cardboard skyscrapers and Plane trees** allude to its imagined inhabitants and histories. His cabin is a window into a micro-realm of warped nature, reflecting and transforming Richard’s park photographs.

Hazel Brill choreographs the space with sequenced dancing lights, reservoirs and a new video which puts nature at the very core of the tilting universe. This work is partly inspired by local environmentalist and social reformer Ada Salter’s crusade to make Bermondsey and its communities a greener, healthier and happier place in the early 1900s.

Salter’s sundial, installed in 1936 in her rose garden by the lake, mirrors the cyclic aspect of this exhibition, addressing the passing of time and contemplation encouraged by our parks and green spaces.

A manifesto for the Realm has been written and recorded by Richard Downes, a series of encouraging seventeen two-line poems, inspired by Alec Finlay’s sculpture trail in the park and Yoko Ono’s meditations on nature***. In his collaborative video with Hazel, The First Thread to the Realm, Richard spurs us to be alert to nature and to our own imagination.

Videos are projected across an amphitheatre-style stage, a deconstructed screen and hybrid of recognisable forms inspired by the unique architecture of our Dilston Grove gallery and the tunnelling trellis structures in the rose garden.

Realm is a co-commission between CGP London, Outside In and Bethlem Gallery. The artists were invited to participate by each of the three partner organisations, collectively commissioning them to create a new body of work.

Hazel Brill is a visual artist based in Bermondsey, invited by CGP London; Richard Downes, a socially engaged activist, poet and photographer was selected following a call out by Outside In; and Mr X, an accomplished artist-maker, was selected by our friends at Bethlem Gallery.

*The ‘Lungs of London’ are said to be the many parks and squares in London, and it conveys the idea of their importance to the well being of its inhabitants. It was first attributed to William Pitt (1708-1778) the Earl of Chatham, by Right Hon. William Windham in a speech in the House of Commons on 30 June 1808, during a debate on encroachment of buildings upon Hyde Park.

** London Plane trees (Platanus x Hispanica) are planted for their ability to adapt to urban conditions and its resistance to pollution. They were planted in our park by Ada Salter, Mayor of Bermondsey, as part of her Beautification strategy in the 1920s and 1930s to improve the air quality and lives of her constituents.

***Richard’s Rules for the Realm will be available to listen to in full in our gallery bookshop and here.

Hazel Brill works across film, sound, animation, text, sculpture and installation. Her theatrically staged videos are described as ‘creating ‘shows’ that feature multiple protagonists, both human and non-human, who enact a plurality of narratives’. The fractured stories parallel authoritative architectures and structures from seemingly hostile contexts, such as free-market financial systems and the formation of her epileptic fits. Utilising fictionalised autobiography, Brill creates intimate worlds that cannibalise in on themselves and dissolve a notion of the private internal and public external.

Richard Downes is an engaged activist, poet, author, photographer and community worker. His work focuses on his personal experience of disability alongside ideas of forming and working with communities.

Mr X is an industrious artist who makes inventive structures and vehicles from his room and a temporary workshop within the Bethlem Royal Hospital, London.  Capitalising on the ubiquity of cardboard and various found objects from the hospital to make his work, Mr X constantly negotiates obstacles and restrictions encountered within the psychiatric institution and finds ways to continue his practice and keep building. His interactive sculptural practice has a strong element of performance that acts as a ‘sophisticated engagement tactic where he can generously share the joy of his inventions’.

For more work by Mr X, click on the Bethlem Gallery link: HERE 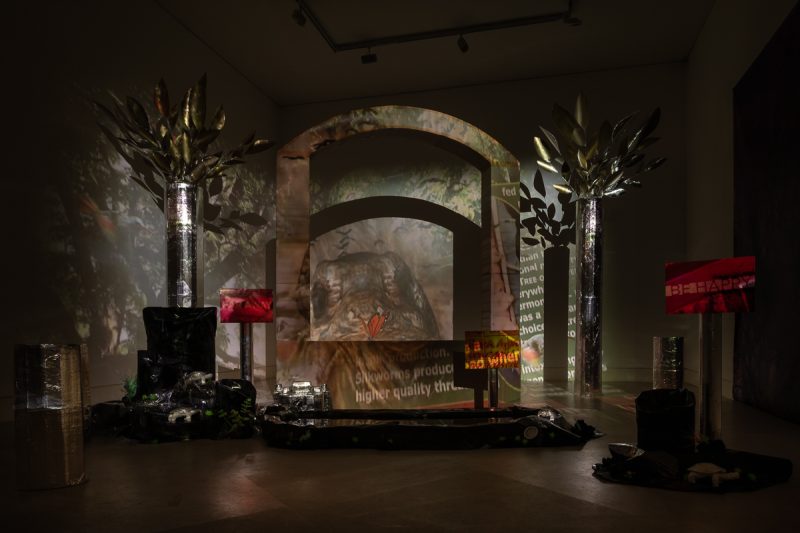 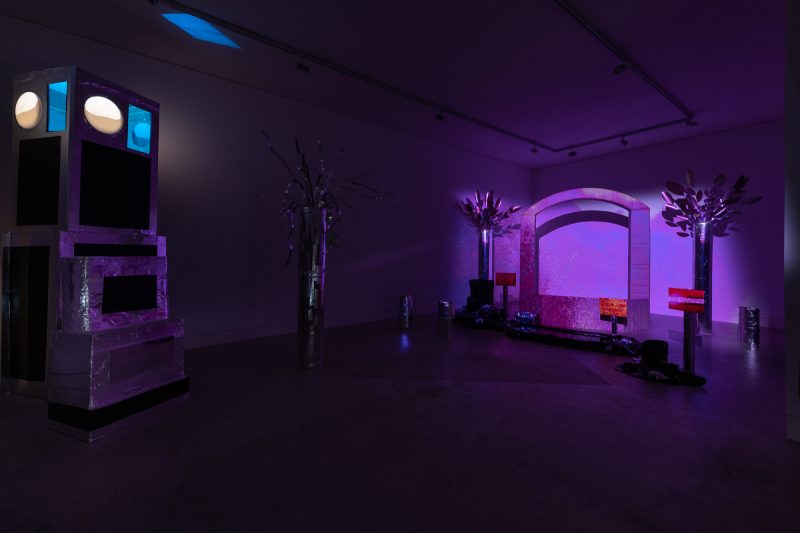 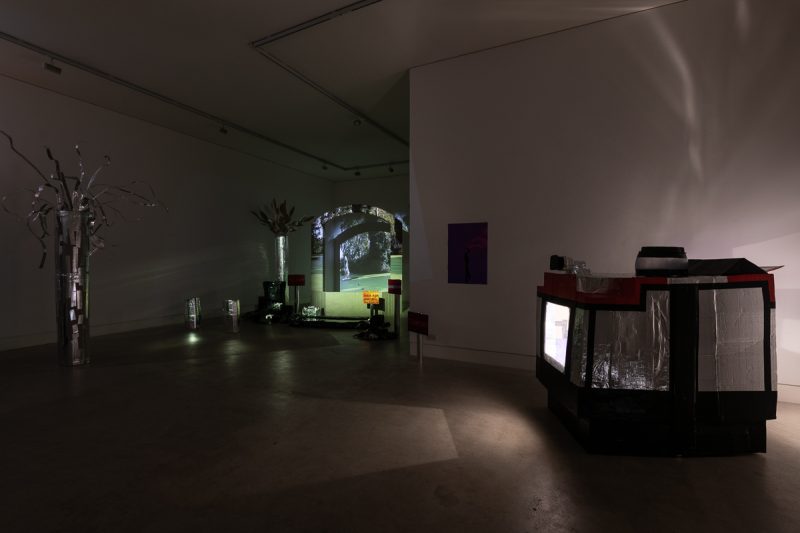 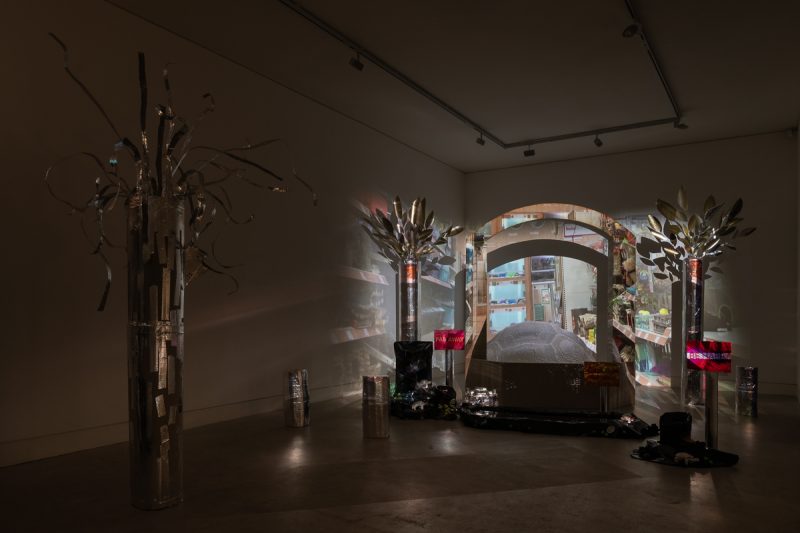 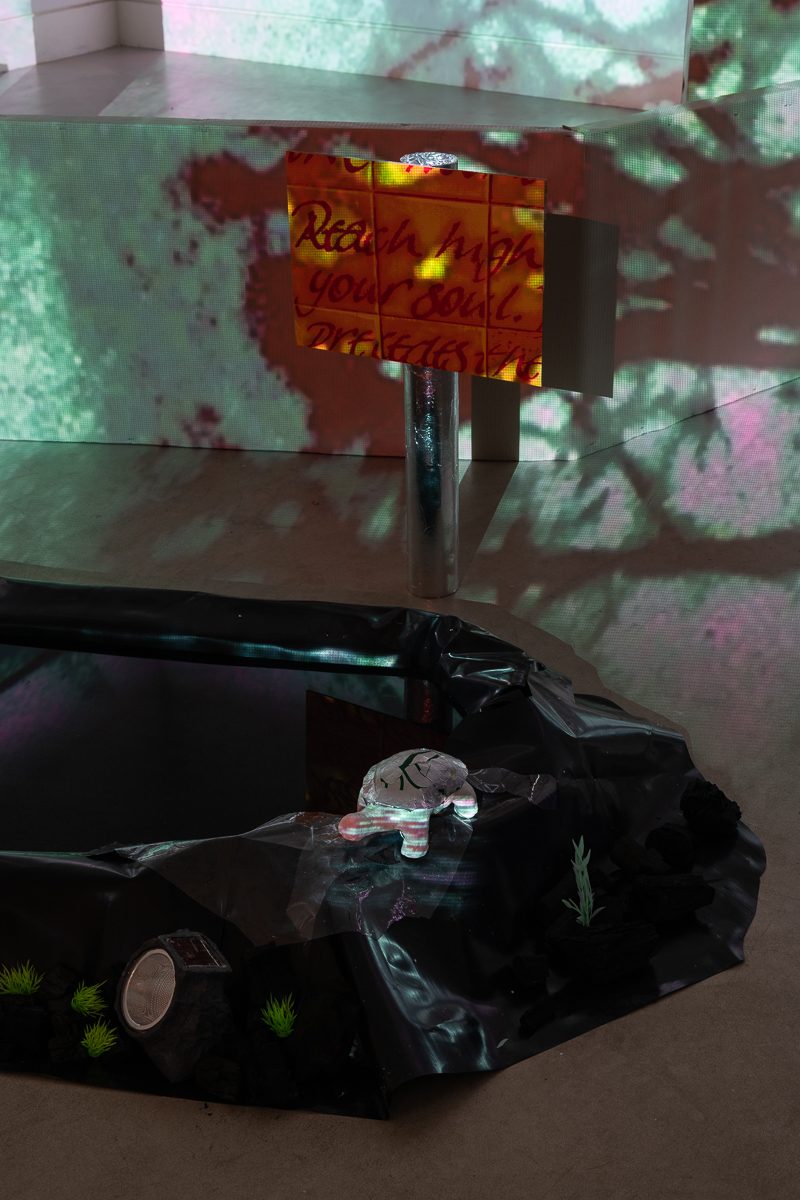 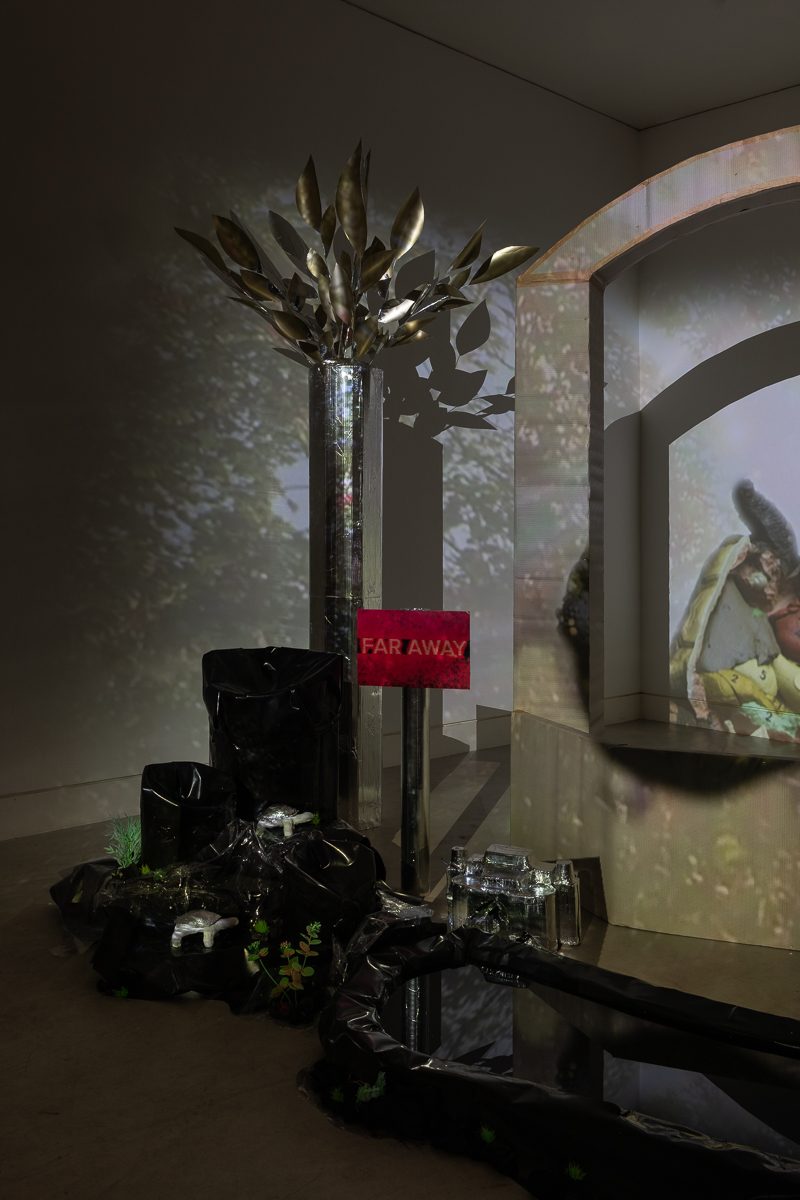 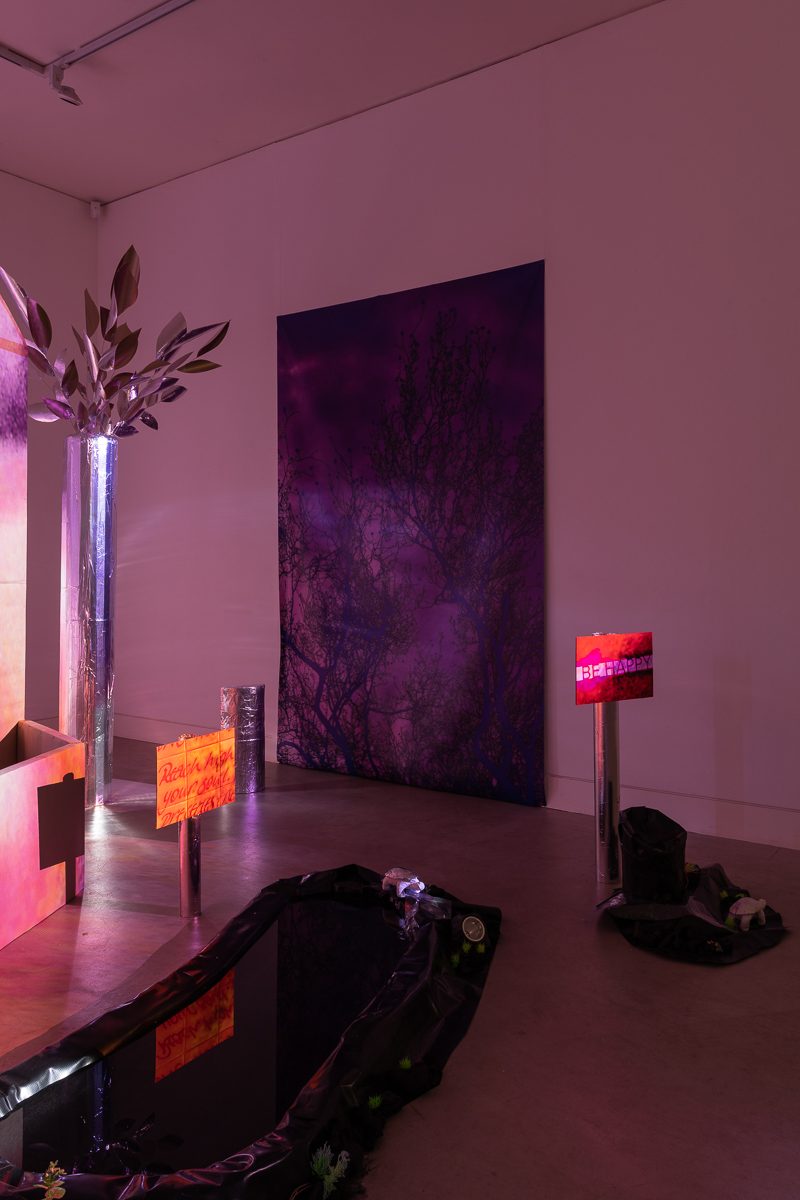 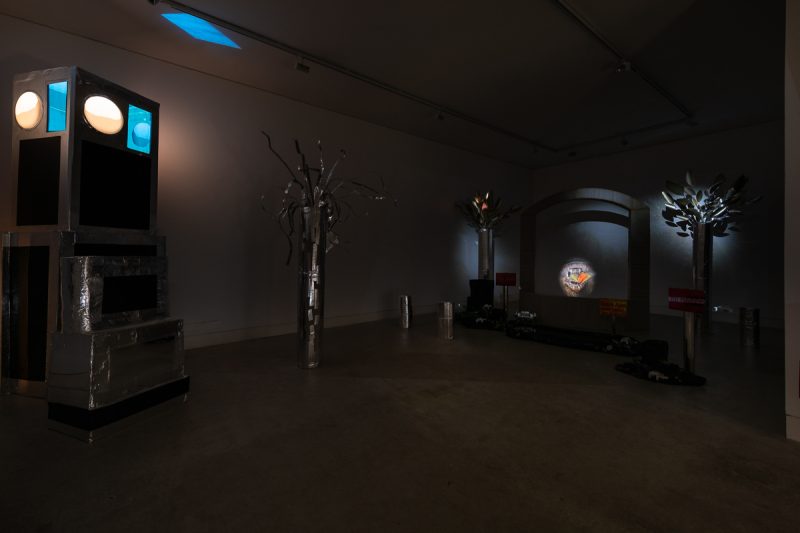 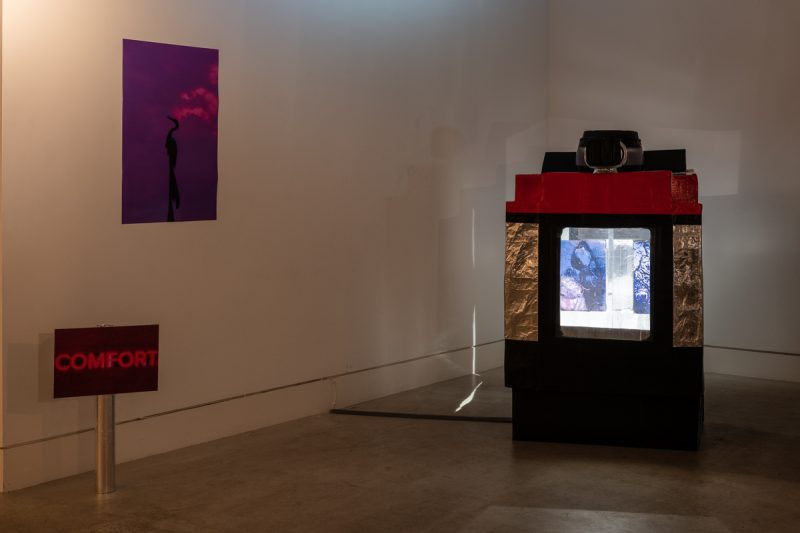 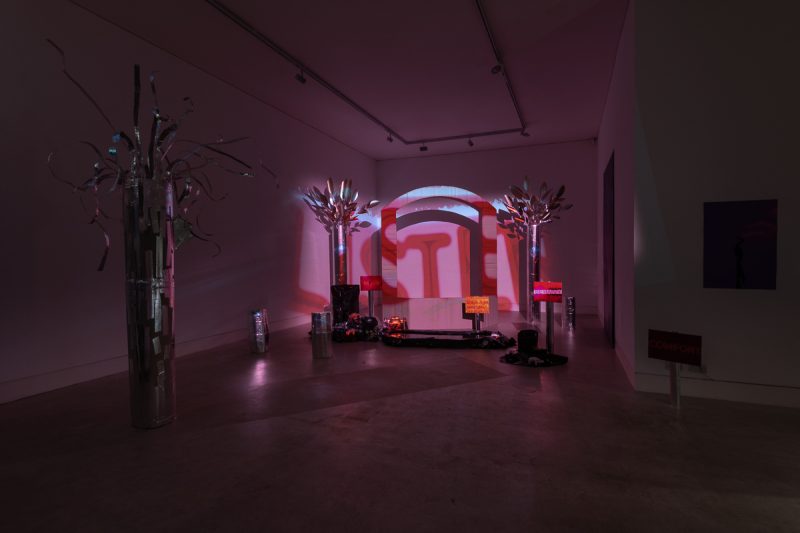 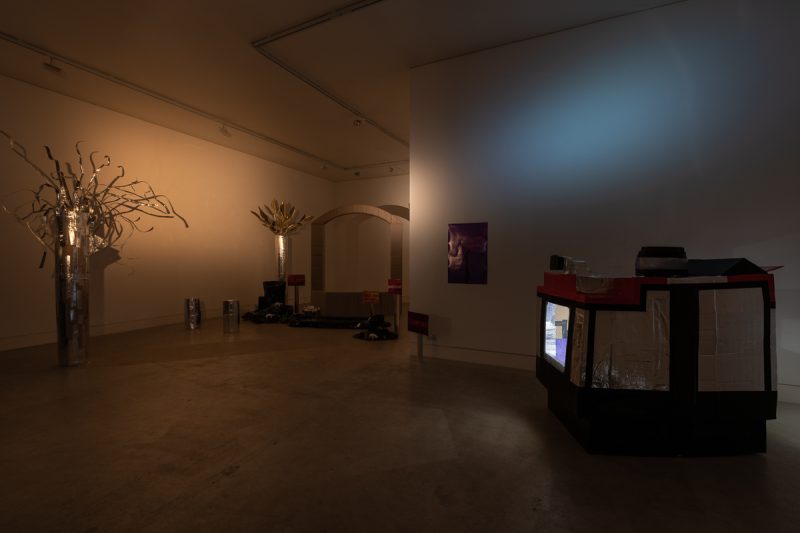 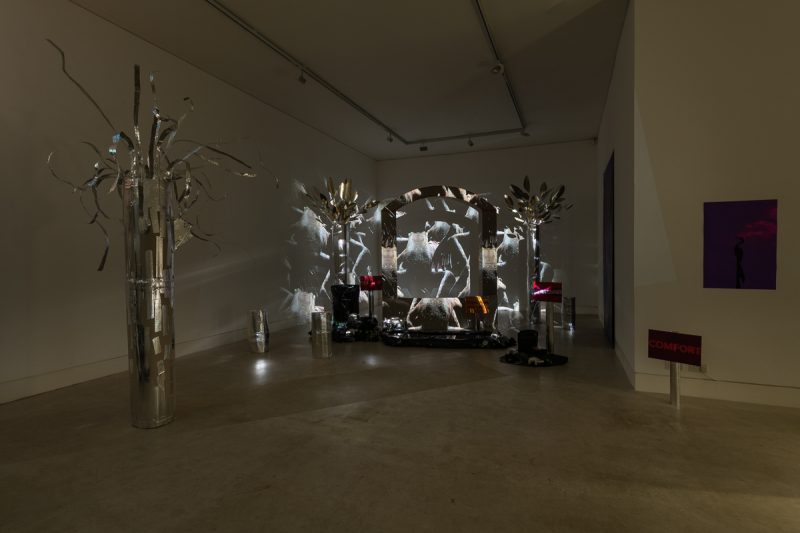 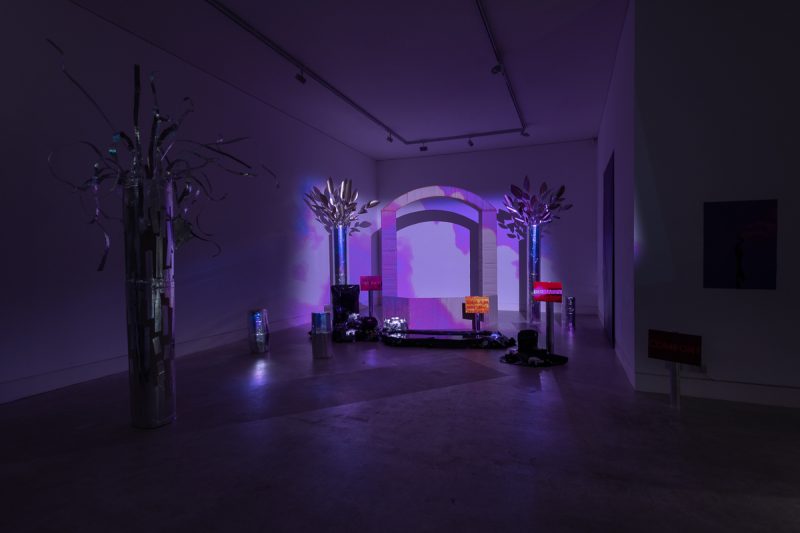 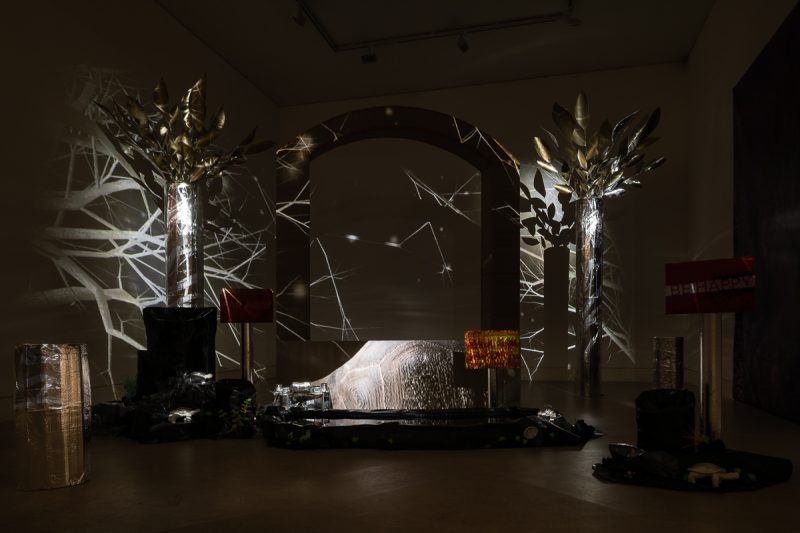 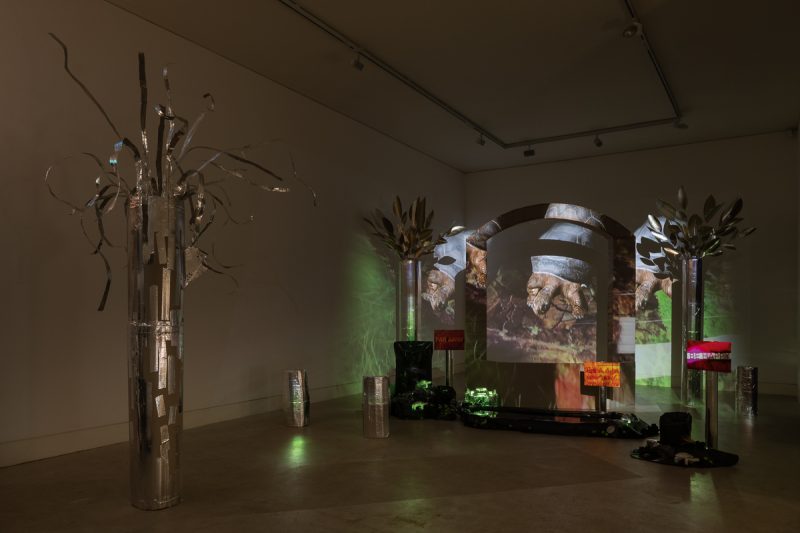 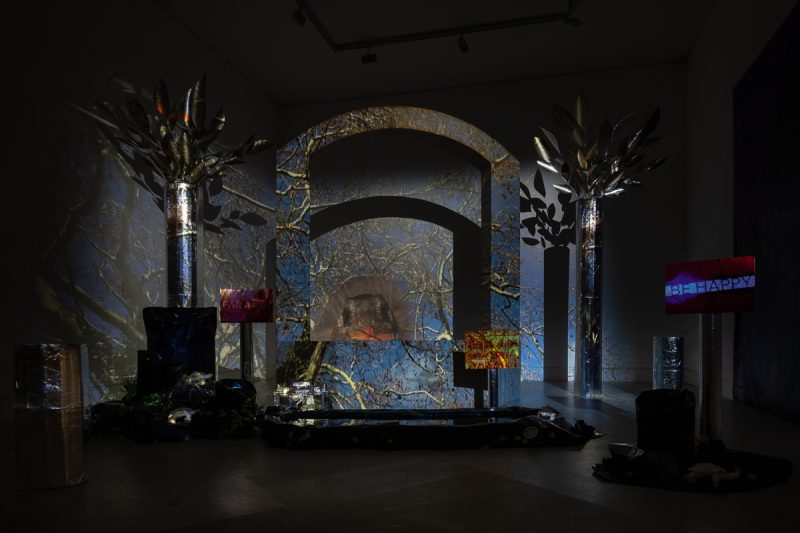 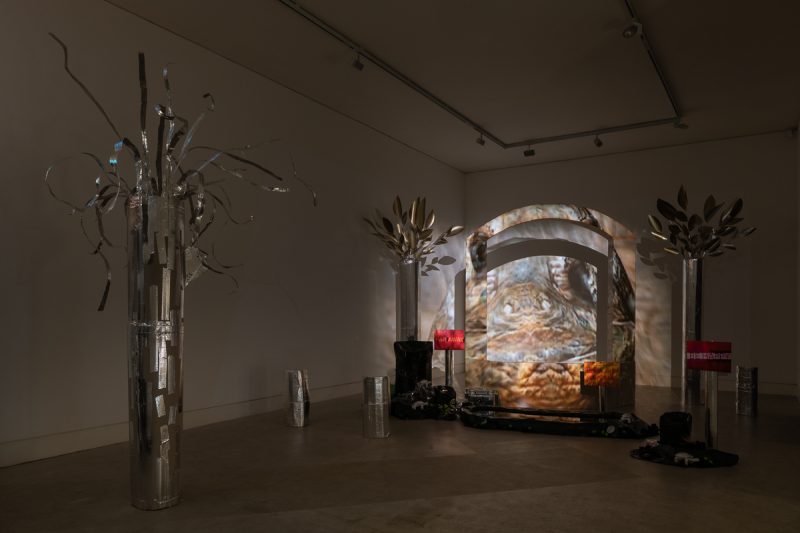 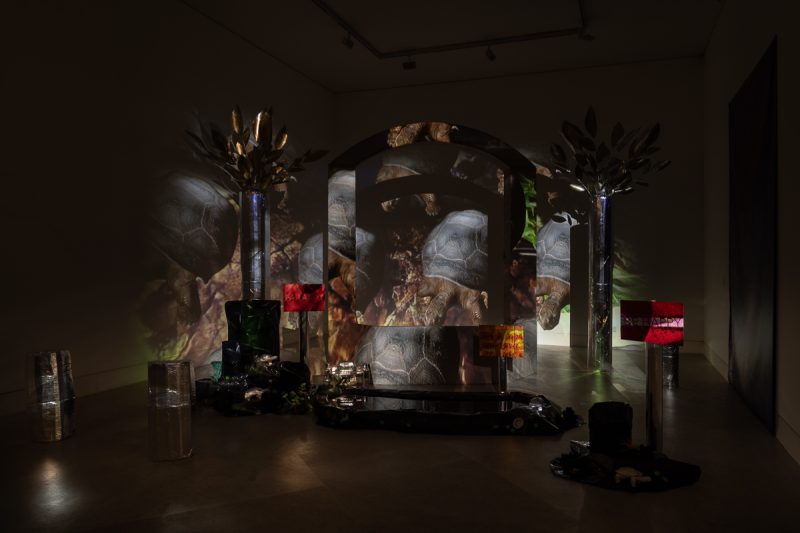