CGP London is thrilled to present PROTOTYPES, an exhibition that celebrates local artist James Capper’s playful take on contemporary sculptural practice and will be his largest solo exhibition to date in London.

PROTOTYPES spans both CGP galleries and is centred around a new sculptural commission ATLAS Prototype, within a large survey exhibition; of recent work including sculpture, preparatory sketches, documentation and maquettes providing access to the meticulous levels of mechanical problem solving behind Capper’s practice.

James Capper will demonstrate our new commission Atlas Prototype from 3 – 4pm on the following Sundays:

James Capper employs the techniques of industrial design to create sculpture in action. He designs and builds hydraulic machines that gouge, scratch and score the materials to which they are applied. They are both sculptures and sculptural tools in demonstration. Capper divides his works into four main ‘divisions’, each categorised by their function.

Capper’s hydraulic mobile sculptures are now internationally renowned, much for the sophisticated level of engineering they employ. PROTOTYPES surveys examples of prototype works developed by the artist since 2010, some of which have since developed into; monumental sculptural works. Prototypes mark a significant stage in the creative process the crucial stage in which a concept or thought materialises into matter, to be evaluated and tested towards the definition of a final form or purpose. This exhibition provides a rare insight into Capper’s sculptural language, exposing the often unseen drafts and stages of development which lead to his now infamous, sophisticated mobile sculptures which test the limits of mechanical engineering and our very understanding of functionality.

CGP London has commissioned Capper to develop ATLAS Prototype. A new mobile sculpture developed in direct response to the unique in-situ poured concrete architecture of Dilston Grove. Throughout the exhibition we will watch demonstrations of ATLAS Prototype carve into its own plinth, turning over a period of time the cubed mass into a sphere. Resembling its namesake’s immortalised motif (Atlas the Titan was condemned by Zeus to carry the Heavens on his back for eternity, a legend often misrepresented by an image of Atlas carrying a globe on his back as opposed to the skies).

Alongside ATLAS Prototype Capper presents other examples of his pioneering divisions of functional sculptures including TELESTEP and MIDI MARKER in The Gallery (both from Capper’s Earth Marking Division of works) and smaller handheld sculptures known as Nippers from his Carving Division.

Throughout the exhibition the artist will demonstrate ATLAS Prototype in a series of free public events, please check our website for more information.

James Capper (b. London. 1987) works and lives in Southwark, London. Teaching himself welding at an early age, James studied at Chelsea College of Arts and the Royal College of Art. He won the Jack Goldhill Prize for Sculpture at the Royal Academy Summer Exhibition in 2009 and was shortlisted for the Jerwood Sculpture Prize in the same year.

Major solo exhibitions include the Cass Sculpture Foundation, Modern Art Oxford and Yorkshire Sculpture Park and is currently exhibiting a new commission at the 2015 Venice Biennale (at Rio dell’Orso). An unabridged catalogue of unique sculpture components was published by the Hato Press in 2014 and is available at the CGP London bookshop.

To celebrate this major new commission we have produced a new limited edition print, 8 PROTOTYPES (2015). Click here for more information.

The exhibition has been realised with kind support from D’Offay Ltd, Bucher Hydraulics & Rhone Group. 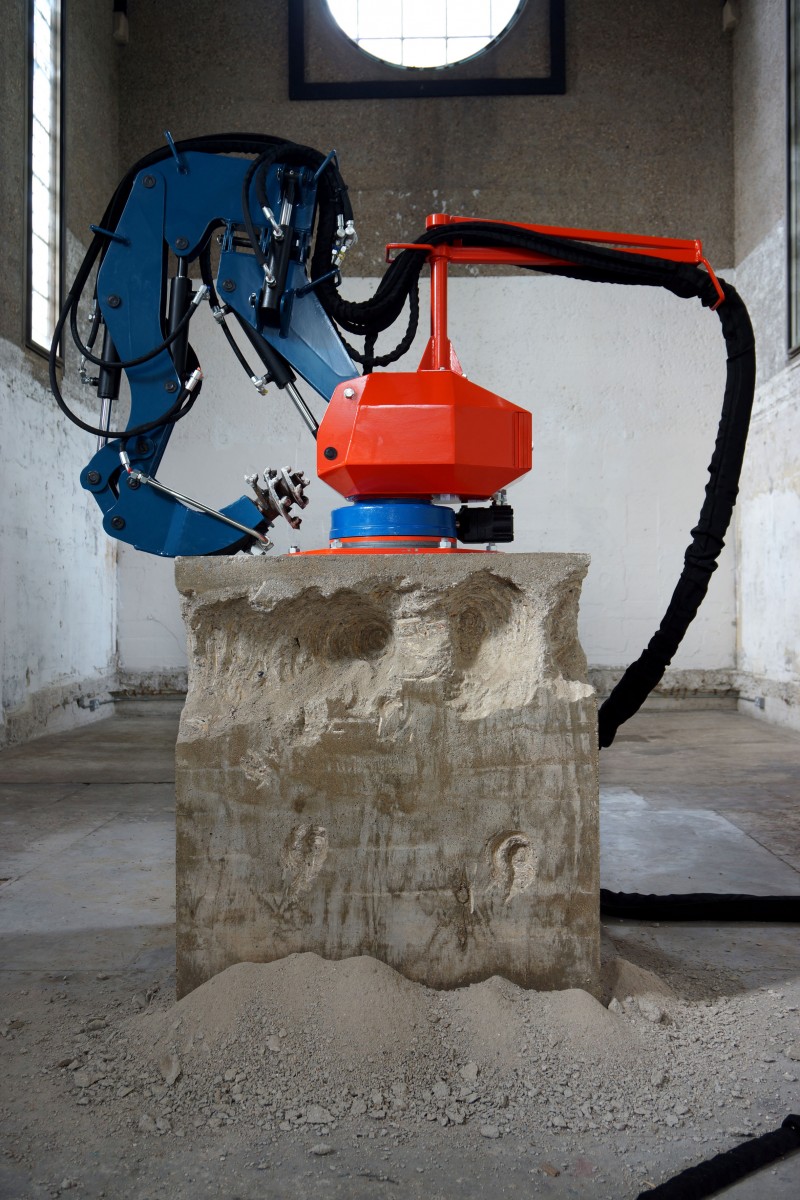 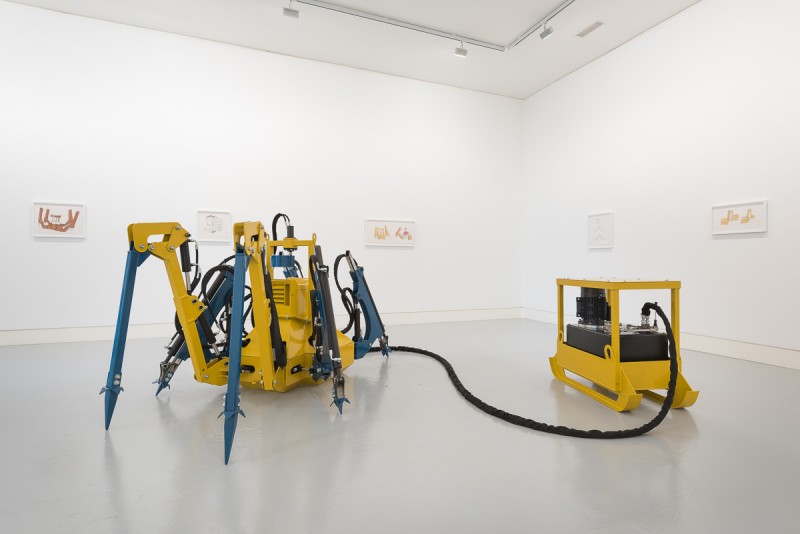 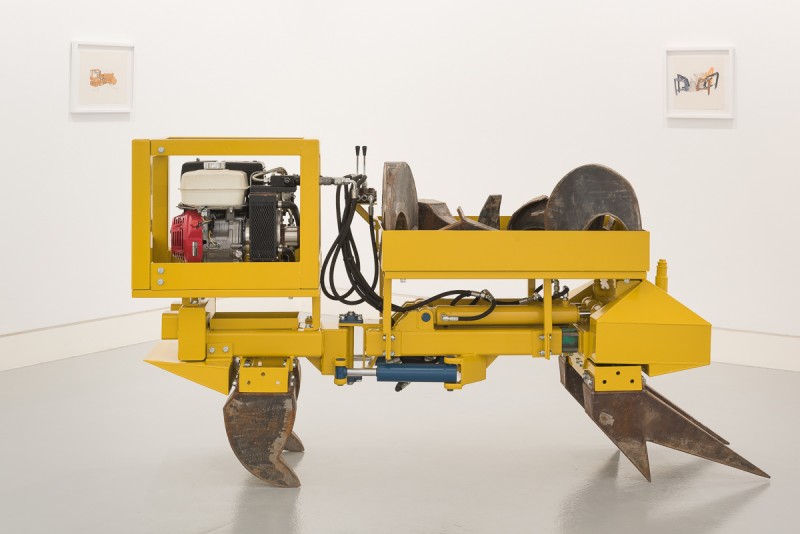 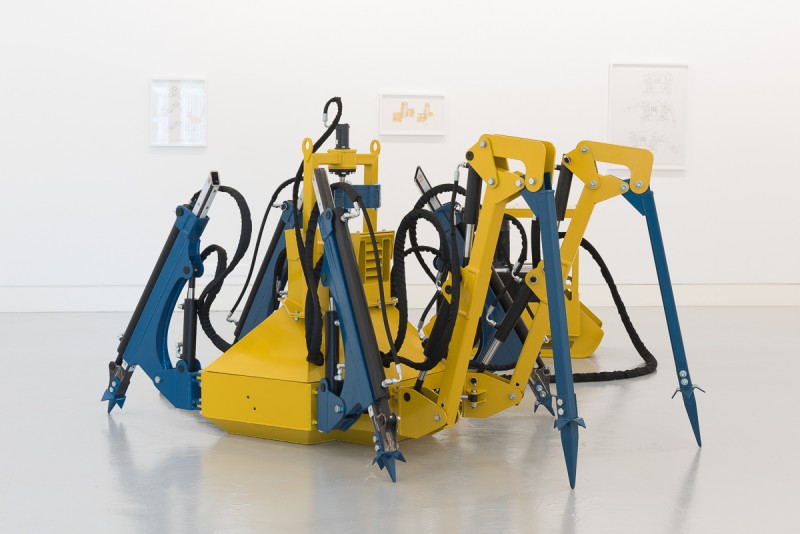 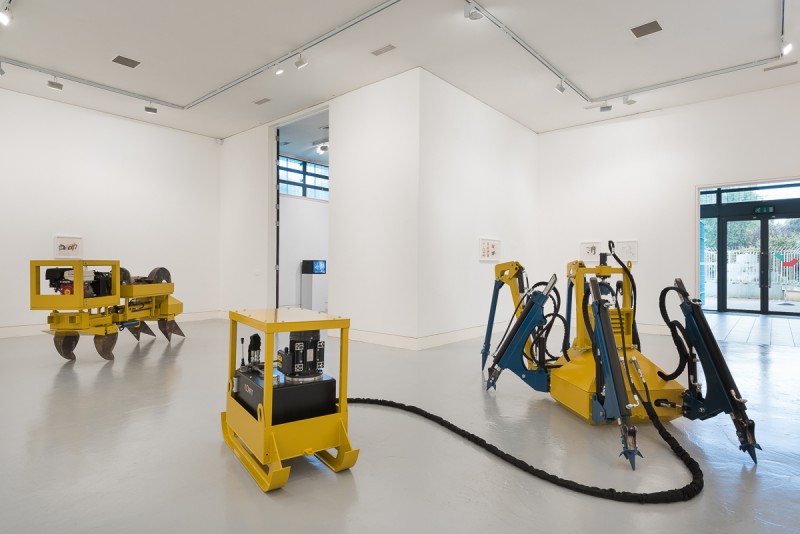 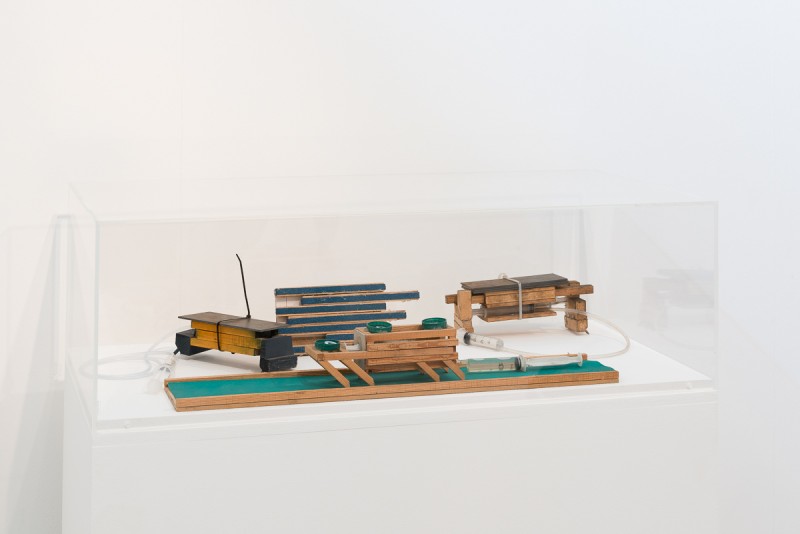 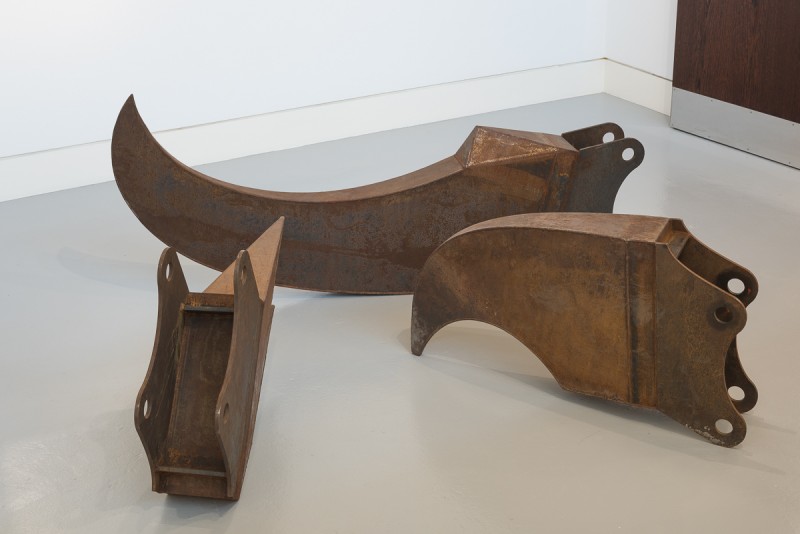 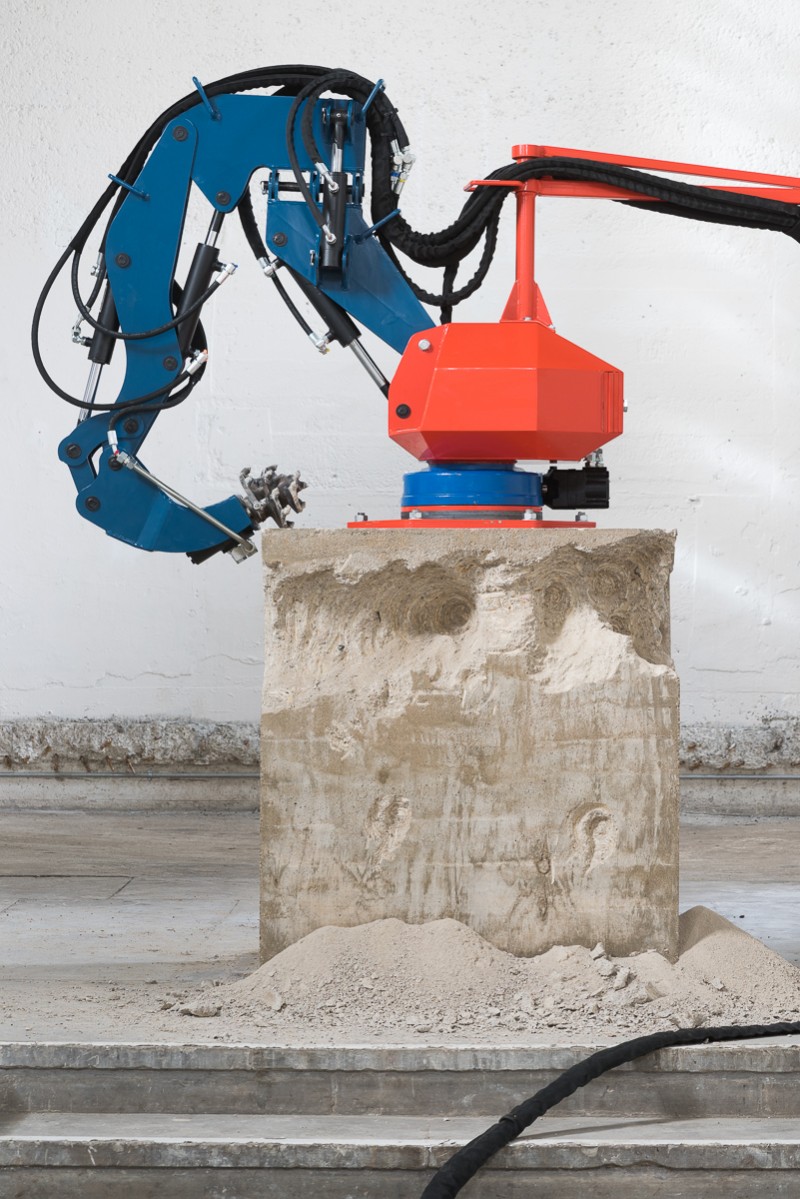 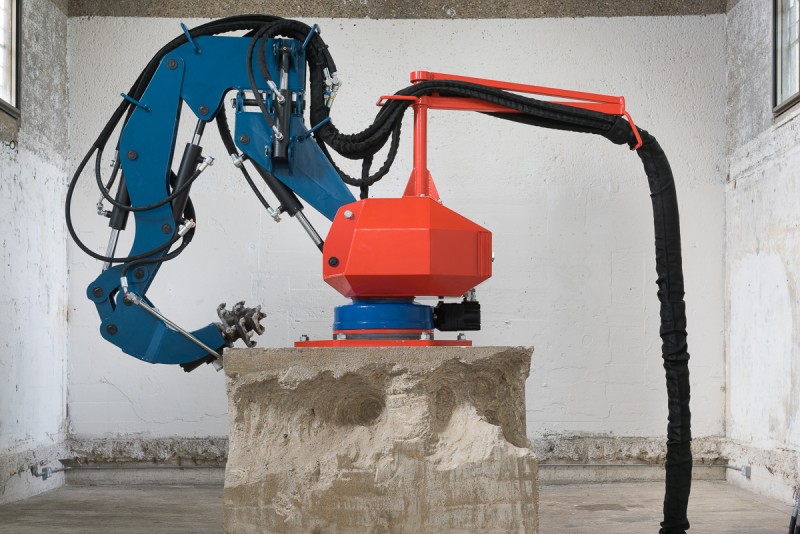 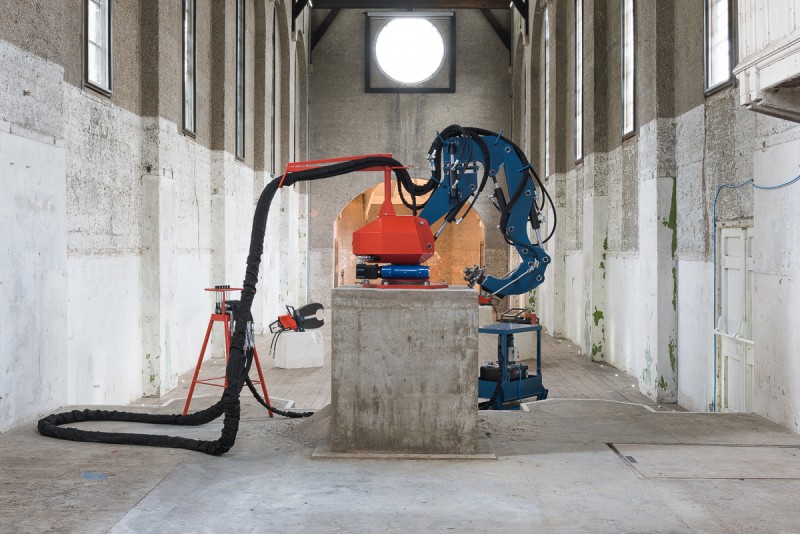 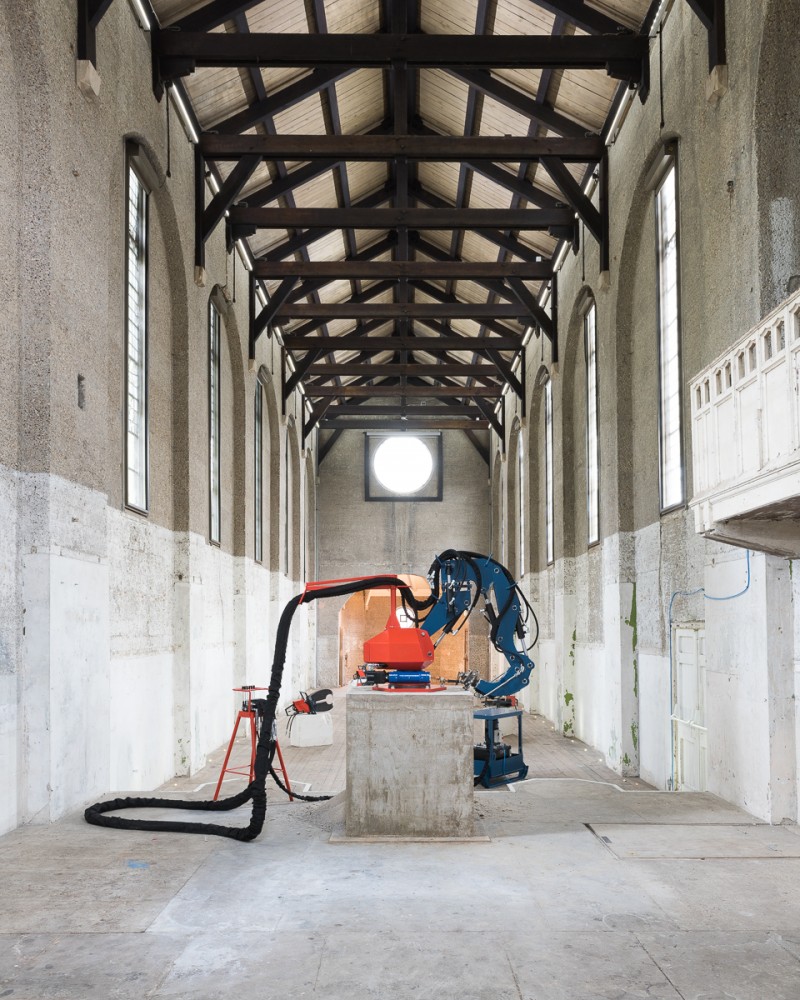 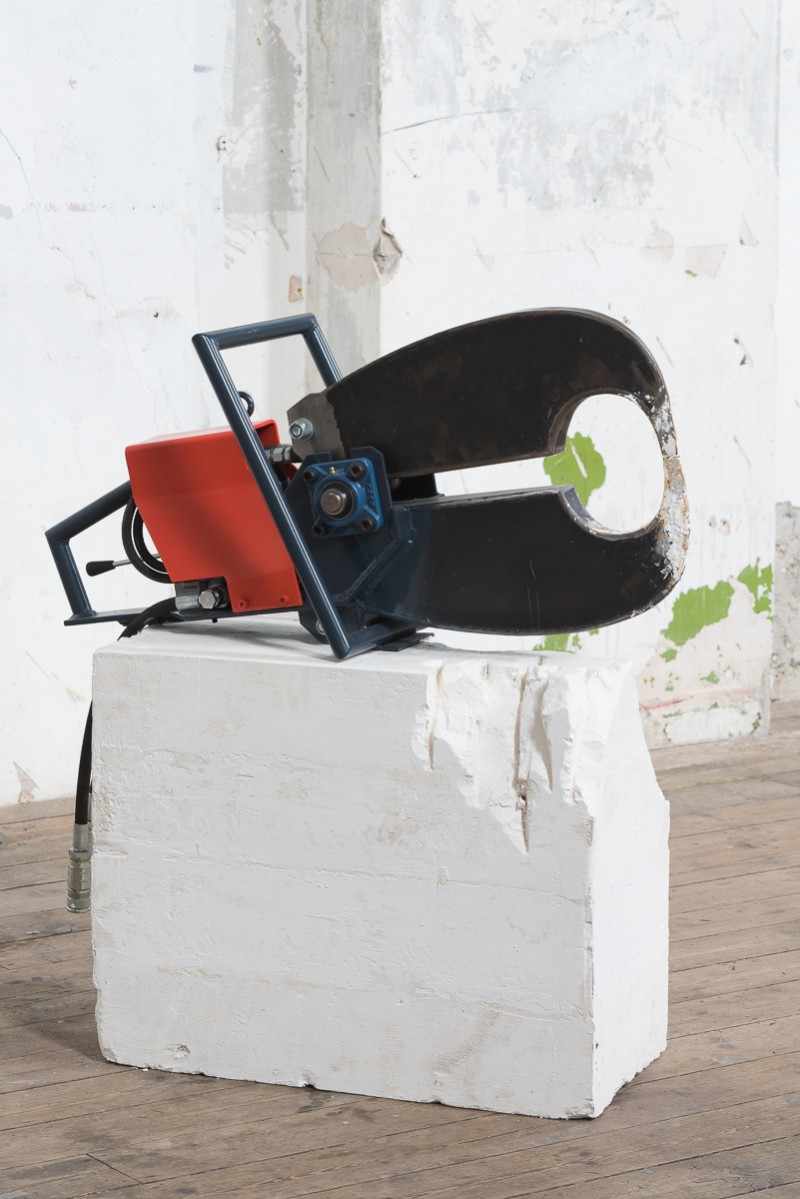 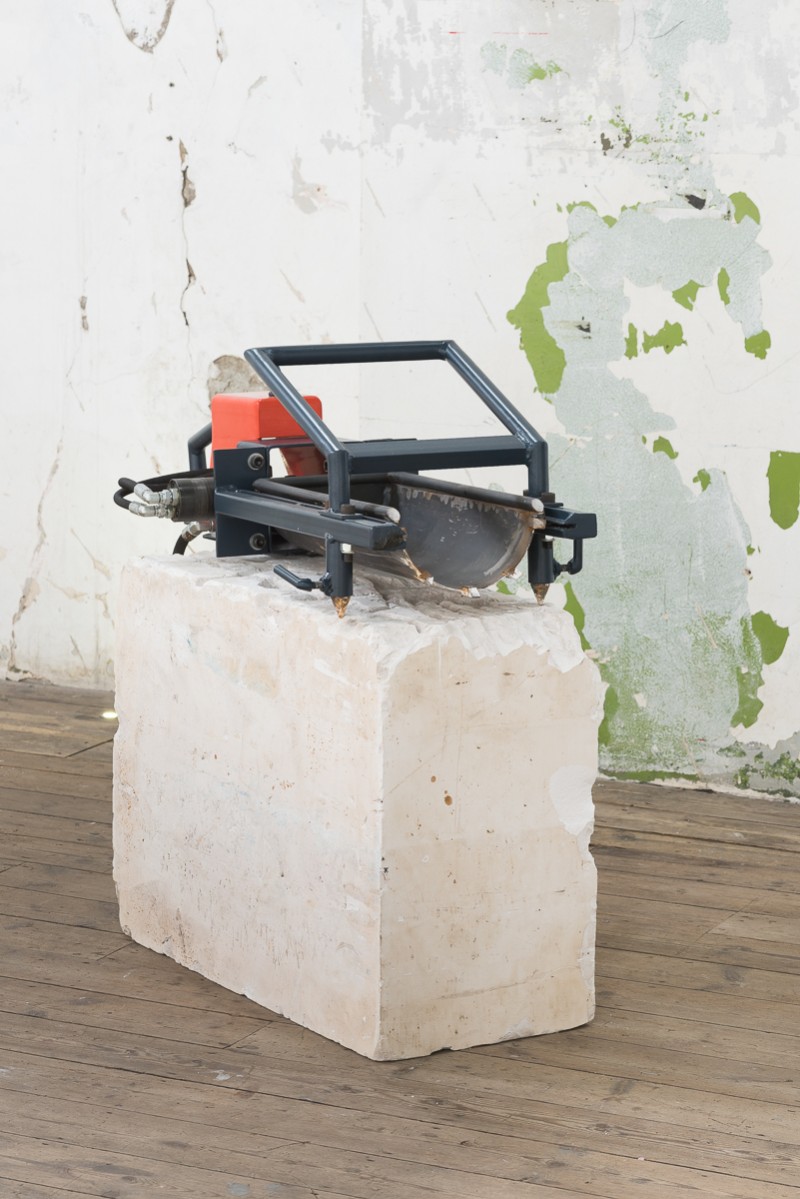 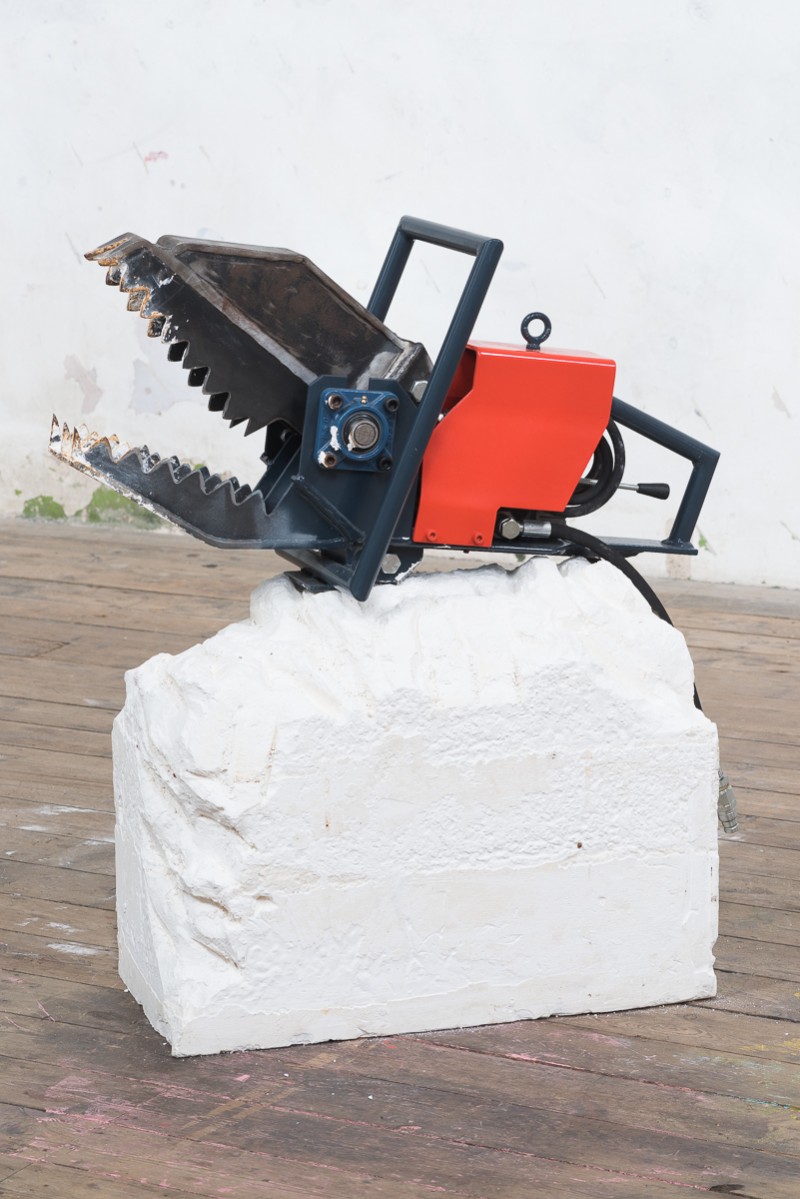 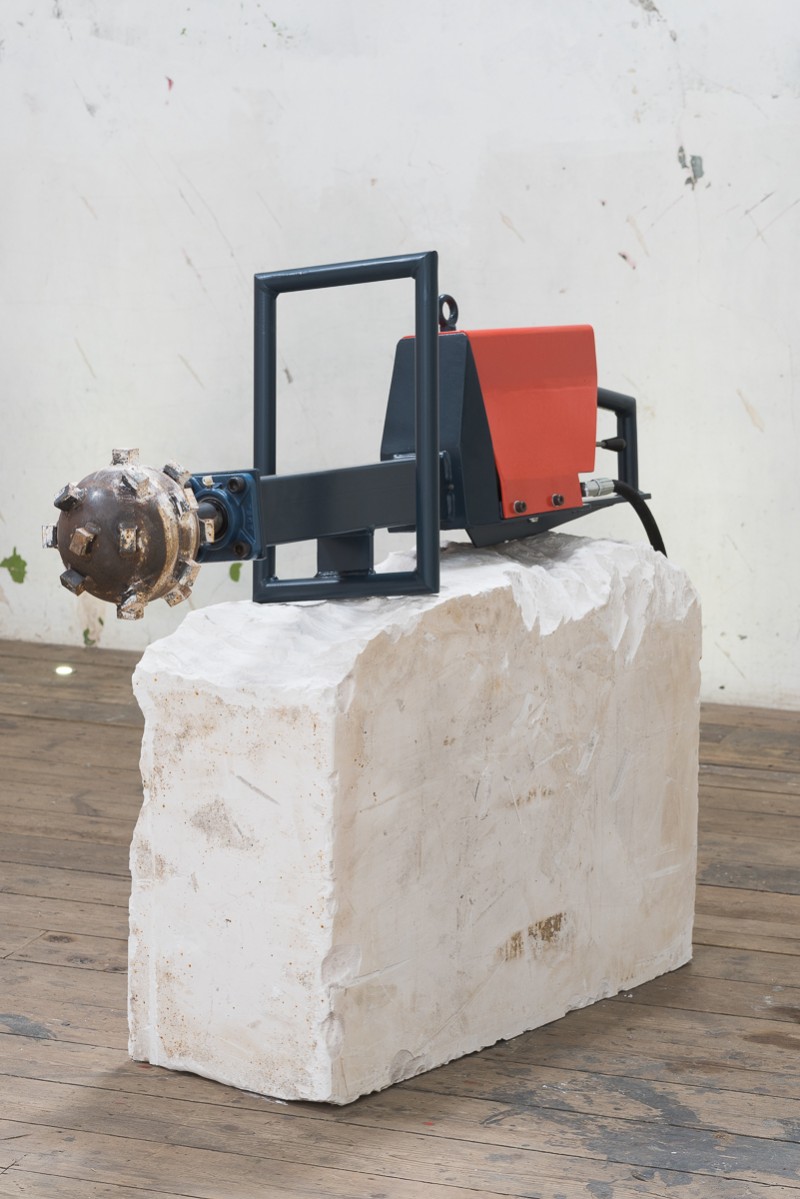 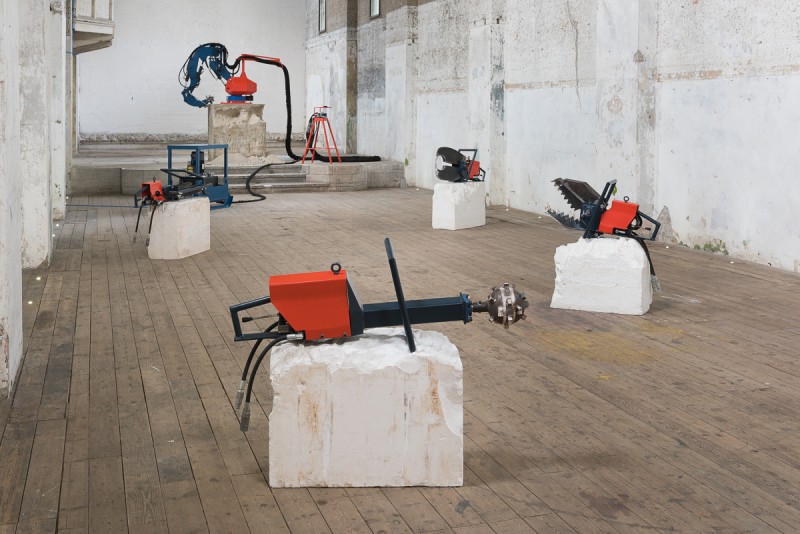 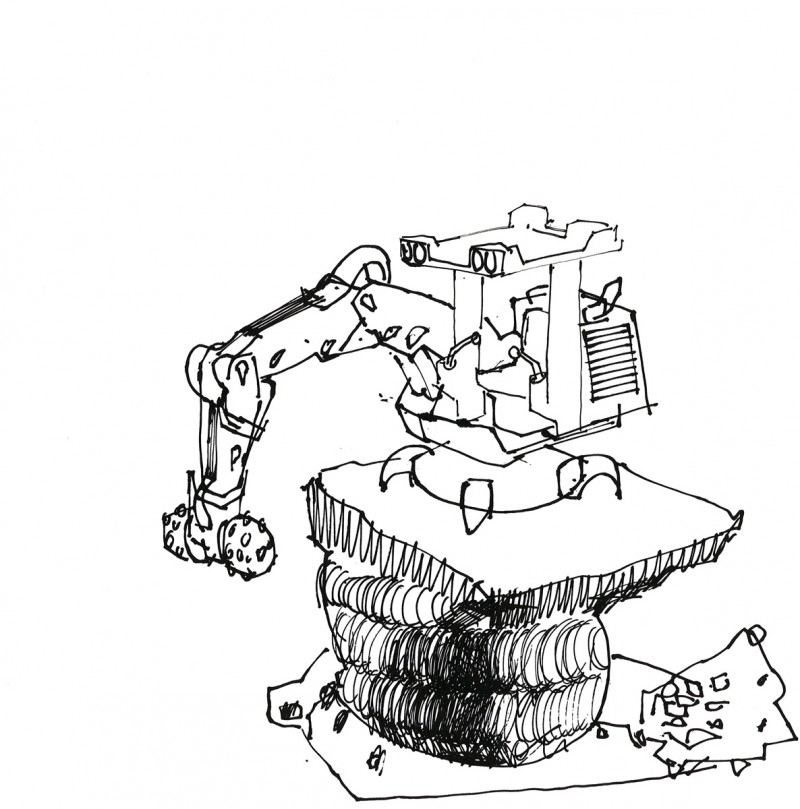 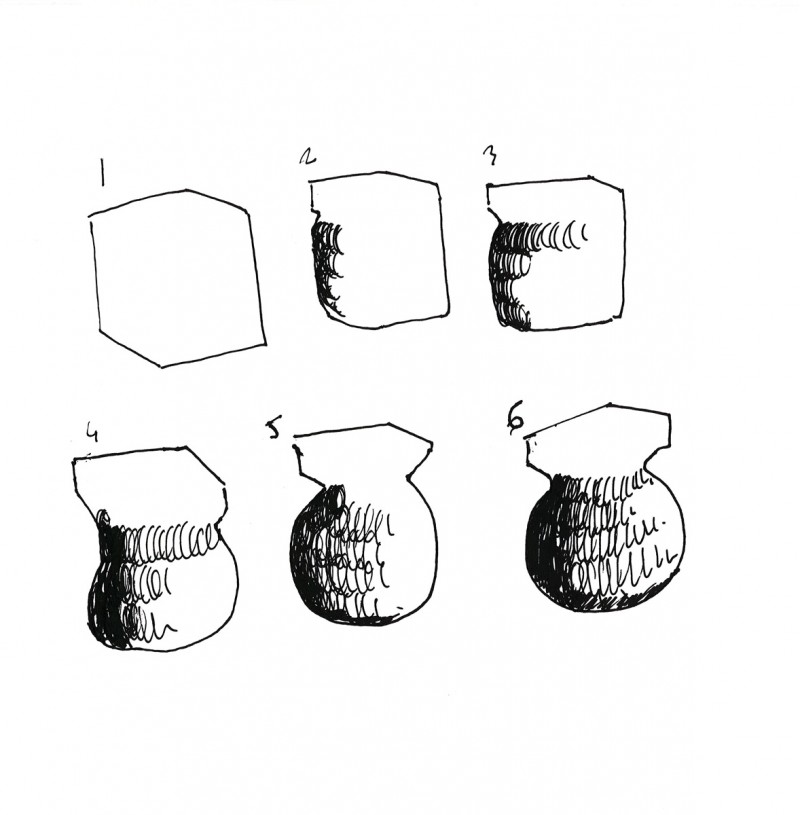 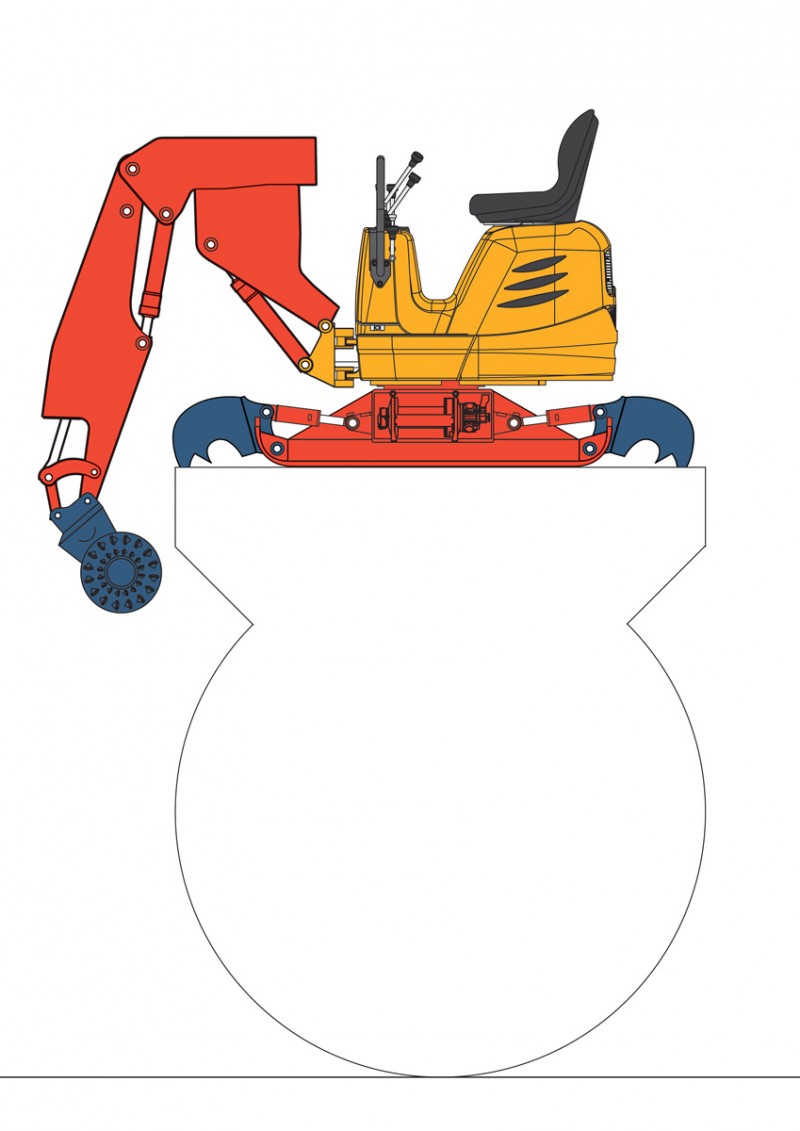