The vast raw space of Dilston Grove welcomes three works by the internationaly acclaimed artist Nikolaj Bendix Skyum Larsen. Since graduating in 2001, Danish artist Larsen has primarily been working with film and video. Often his video works are poetic depictions of communities and places. His subject matter takes its departure in ‘real life’ issues – and in the past few years displacement and migration has been his main area of research. Over the years he has tailored projects to a long list of places. He has made films on the Westbank, and portrayed Indian migrant workers in Dubai (and their families in Kerala, India); he has made films with second generation immigrants in council estates in a suburb of Paris; he has worked with clandestine migrants in Calais as they attempt the highly dangerous and near impossible task of getting into UK. For this exhibition, he presents three works:

The film work portrays Mohammed, Jafar, Hasan, Camron, Khan, Reza and his three year old son, Nima – young migrants who will go to any length to cross the Channel from the French seaport town of Calais to enter Britain in the hope of finding a better life. Nikolaj Bendix Skyum Larsen’s Promised Land combine beautiful cinematography with footage captured by migrants to give a deep insight into their close friendships, their hopes, dreams and ways of coping with the misery of their situation, their journeys from war-torn regimes, and dangerous attempts at getting into Britain – their Promised Land. The forthcoming exhibition at Dilston Grove marks the first London staging of this now celebrated film work.

2. Ode to the Perished

Every year, thousands of migrants cross the Aegean Sea between Turkey and Greece. Operated by human trafficking mafias, they fill the vessels (often beyond capacity) with migrants willing to risk everything to reach the shores of the European Union. Often, the migrants’ journeys end in peril – drowned at sea. The suspended shapes in Ode to the Perished are made of Concrete CanvasTM, a material used as emergency key infrastructure for disaster relief. Its use relates directly to why people have to flee their war-torn homes in search for a new safe place to live. The finished shapes were immersed in the Aegean sea for months developing the same patina of algae that objects floating in the sea over long periods acquire.

One year after Larsen completed Promised Land he returned to Calais to photograph the hideouts and hidden camps inhabited by migrants. The scenes were carefully lit with flash to draw the spectator’s attention to the centre of the photographs where he had created anthropomorphic shapes from the decomposing sleeping bags and blankets. These cocoon like shapes allude to the shapes in Larsen’s installation Ode to the Perished (2011). They allow for a double reading: The cocoon can be seen as a promise of a metamorphosis. However, the shapes can also be read as makeshift bodybags. Each photo is titled in remembrance of a person who either featured in Promised Land (2011), or individuals that the artist got to know during the production of the film, and whose destiny remain unknown. 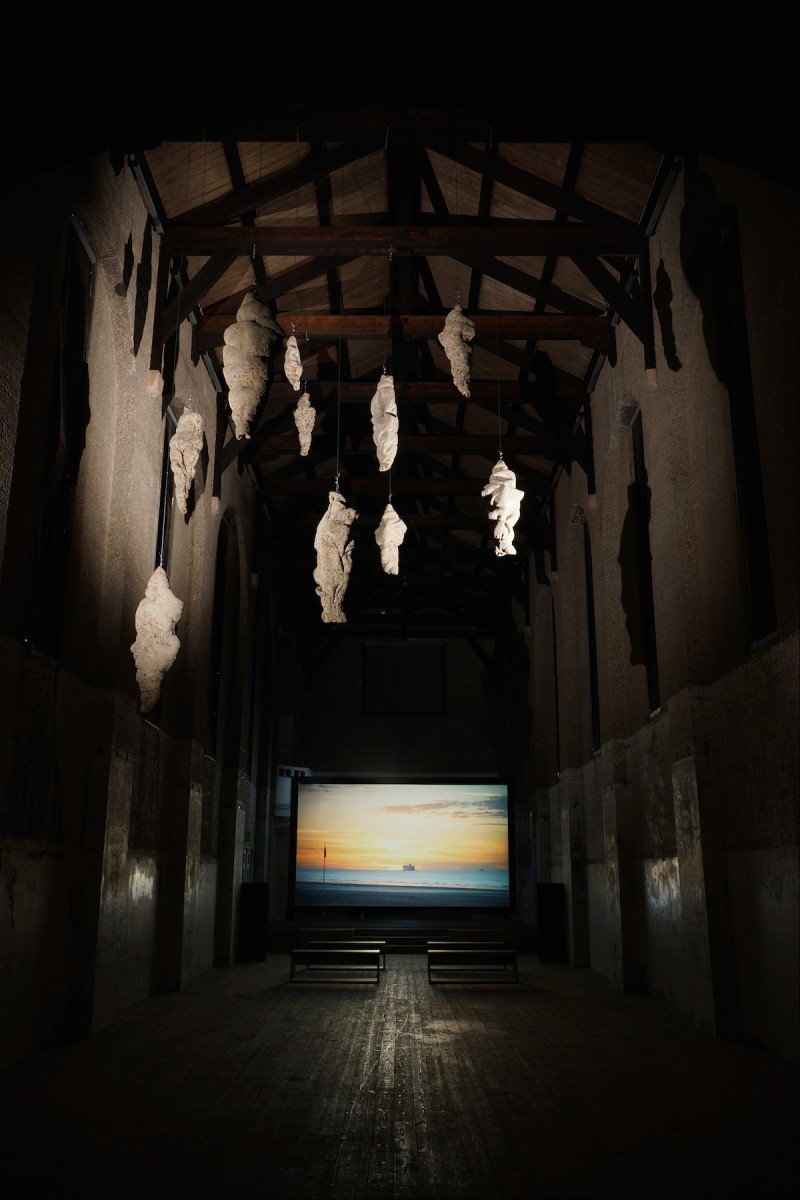 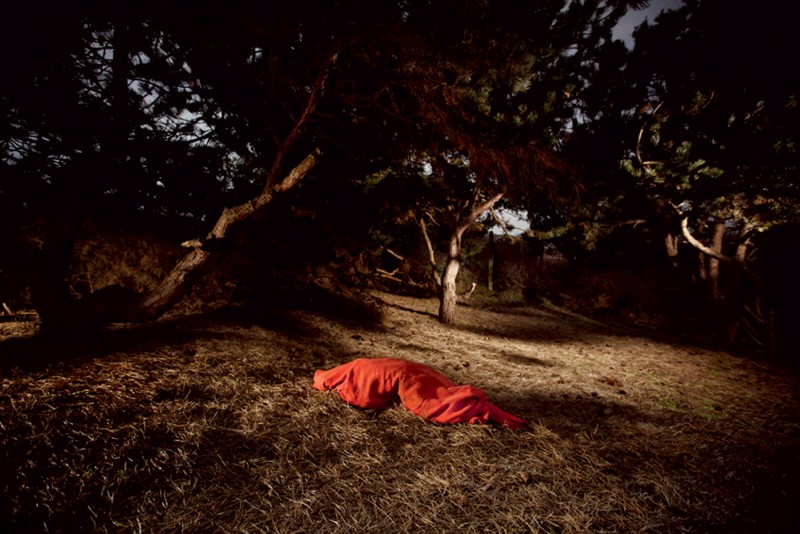 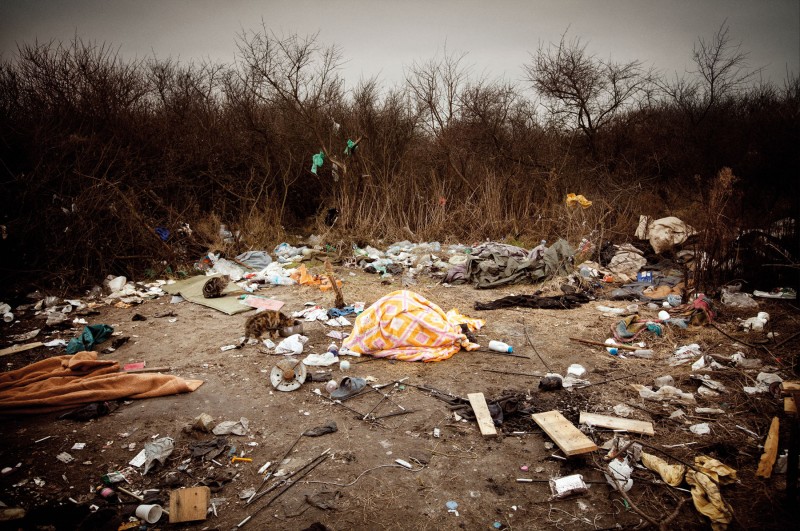 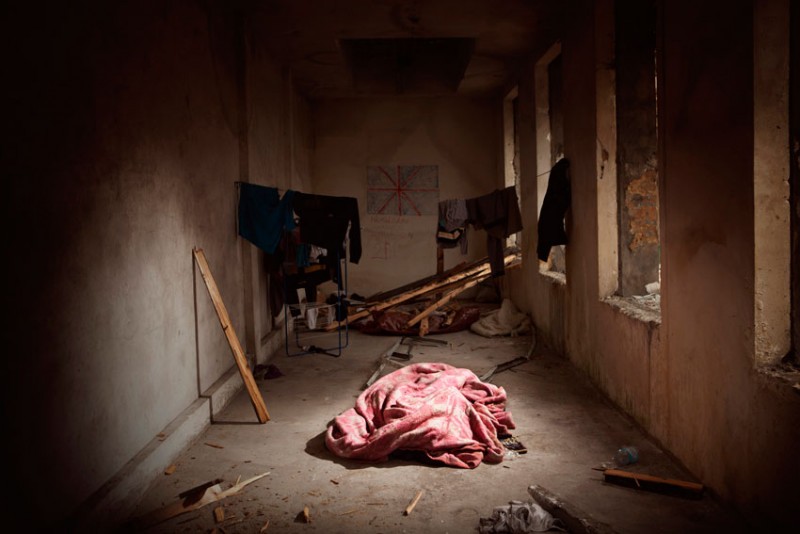