Now You See It features the work of artists whose practices engage with mimesis and reality. Although we know we shouldn’t always believe our eyes – that the camera can be persuaded to lie, that illusions, fakes, hoaxes and phishing attacks are a part of everyday life – disbelief remains hinged on our trust in images. It’s the ballast necessary for us ever to be fooled at all. However, Now You See It is not a show of artists as illusionists per se. Instead it brings together a variety of works that invest in alternately concealing and revealing the innate trickery of their own production. As though slithering subtly beneath the veneer of the sensible and the everyday, the artists share an interest in tampering with rules of engagement with the image. They seem to suggest that the more ‘real’ an imitation appears, the more fraudulent it can be also.

Now You See It, with its unspoken underside ‘…Now You Don’t’, suggests the magician’s rabbit trick – the conjuring spectacle, the imagined, suspected sleight of hand. For Timo Kube, Richard Healy and Jemima Brown, the chosen vehicle for this is the prototype or model and its potential to both imitate not only something present, past or future, but also itself and its own private means of production.

Brown’s approach involves making life-sized wax models styled on the trendy Hoxton art set. Although disarmingly real at first glance, the viewer comes to notice that something is amiss, or quite literally missing from view. A pigeon chest is concave to the point of collapse, a torso of a woman reclining melts into the floor. The initial physical, equivocal encounter with the work is undermined by these absences, this floating off of body parts, leaving the viewer to retrieve and complete what they can. Healey’s Works from the Near Future, involving a virtual model of the gallery, similarly asks the viewer to enter a world where expected detail is drained from view. Instead as you pass from room to room, flags are glimpsed, curtains swaying in a seductive breeze. For Healy the virtual model is as though in anxious homage to the building that already exists. If his work hints at a critique of the colonisation of the gallery space and its production, as Brown comments on those who occupy and adorn such environments, Kube uses the model/prototype as a device to distance the viewer from simple representation, troubling an equilateral triangle into a 3D form. From a small geometrical drawing the irregularities of translating one material into another are made apparent. Through allowing mis-measurement and other slippages to evolve within the process of making, a hierarchy of forms loses its co-ordinates.

Cecilia Bonilla, Lucy Clout and Hunt & Darton work within a social, gendered space and through subtle re-enactments and interventions ask us to re-examine our encounters with familiar imagery. While Bonilla’s Horse Riding is made through filming found still images of women from commercial magazines whose privilege is parodied to comic effect, Clout’s buh, buh, buh presents a woman performing a faltering sales pitch for a series of paper collating machines. Both isolate a fragment of the everyday and re-position it for scrutiny in all of its pathos and fragility. Everybody Moving On by Hunt & Darton delves under the surface of communication, focusing more on the ‘out-takes’ and the eccentricities of human behaviour. Embarrassing knowledge is shared between friends in what resembles a dysfunctional sketch show.

Sarah Dobai’s fixed-frame 16mm film Nettlecombe is set in the landscaped gardens of the Somerset estate with which it shares its name. The work reveals the wind that sweeps through this idyllic view is in fact a real- time mechanical performance. Achieved through use of wind machines and ropes, the trees and bushes are animated like puppets within the set-like space of the garden. The film, which was made in one day and is shown sequentially as it was shot, both creates and undoes the illusion of wind as a natural phenomenon. Nettlecombe plays upon various cinematic references as it takes apart an instance of the kind of artifice commonly used in mainstream realist filmmaking.

Katy Merrington and Andy Harper’s work share an investment in characterisation within stories, in how they are generated and in why all is not always as it first appears. Although the end result is substantially different, both cite an interest in how we perceive the synchronisation of events. Merrington made the piece The Major and His Friend after experiencing a similar incident to the one told, while carrying around a copy of Roland Barthes Mythologies in an overnight bag. Harper begins making work through an exercise in mark making, repeating familiar processes and procedures. Both then allow a semi-autonomous other to influence the completing of the work. For Merrington colloquial and formal styles intermingle, language and interpretation, sound and vision follow on one from the other, making little linear sense. Harper allows his mark making to be governed at incremental stages by ever-changing rules and observations, at once overseeing and overseen by the image. Like much of the work in this show there is a sense of play with the mainstream, known conventions are referenced and taken apart with wit and deftness. Only at the moment of exposure do we become aware that the conjurer’s hands are truly misleading. There is intensive labour going on behind the scenes. 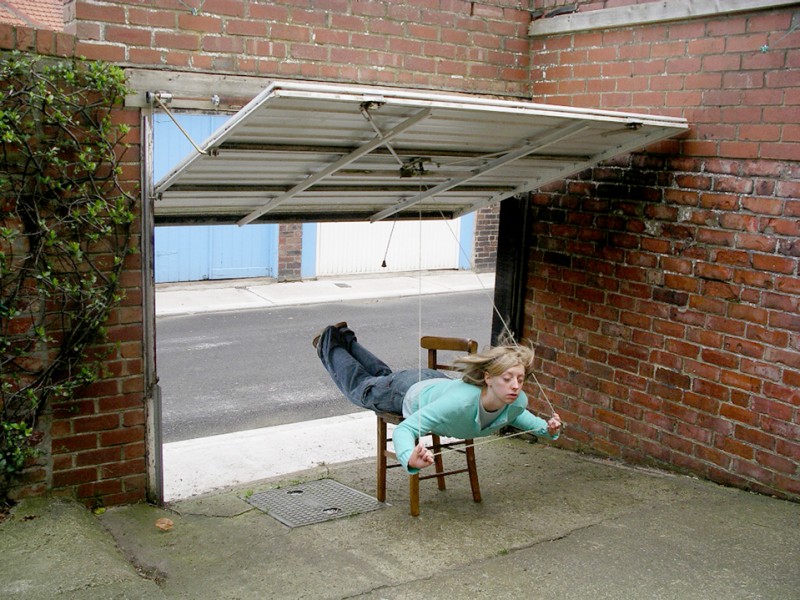 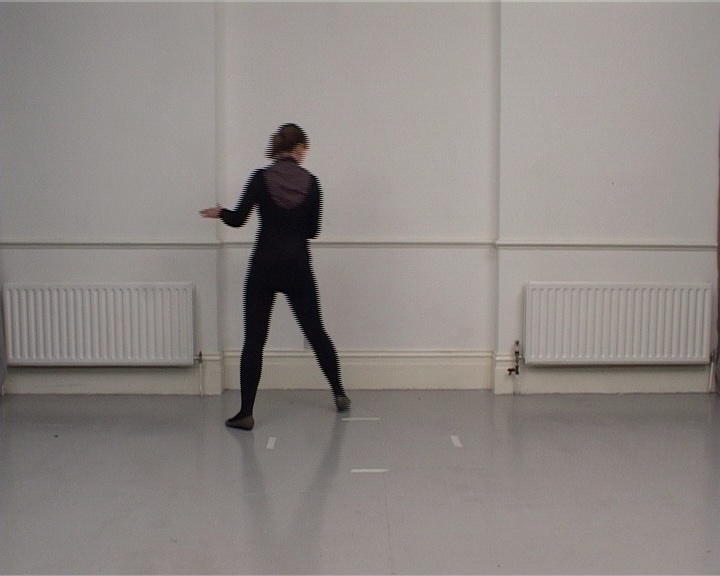 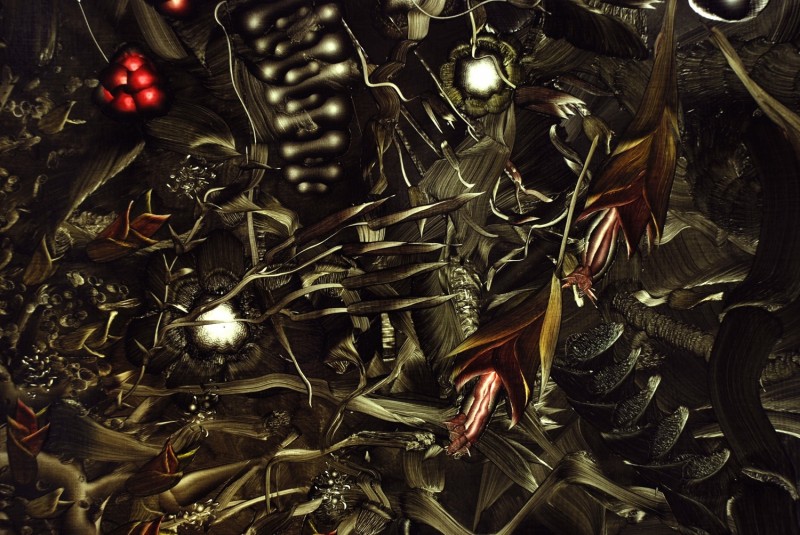 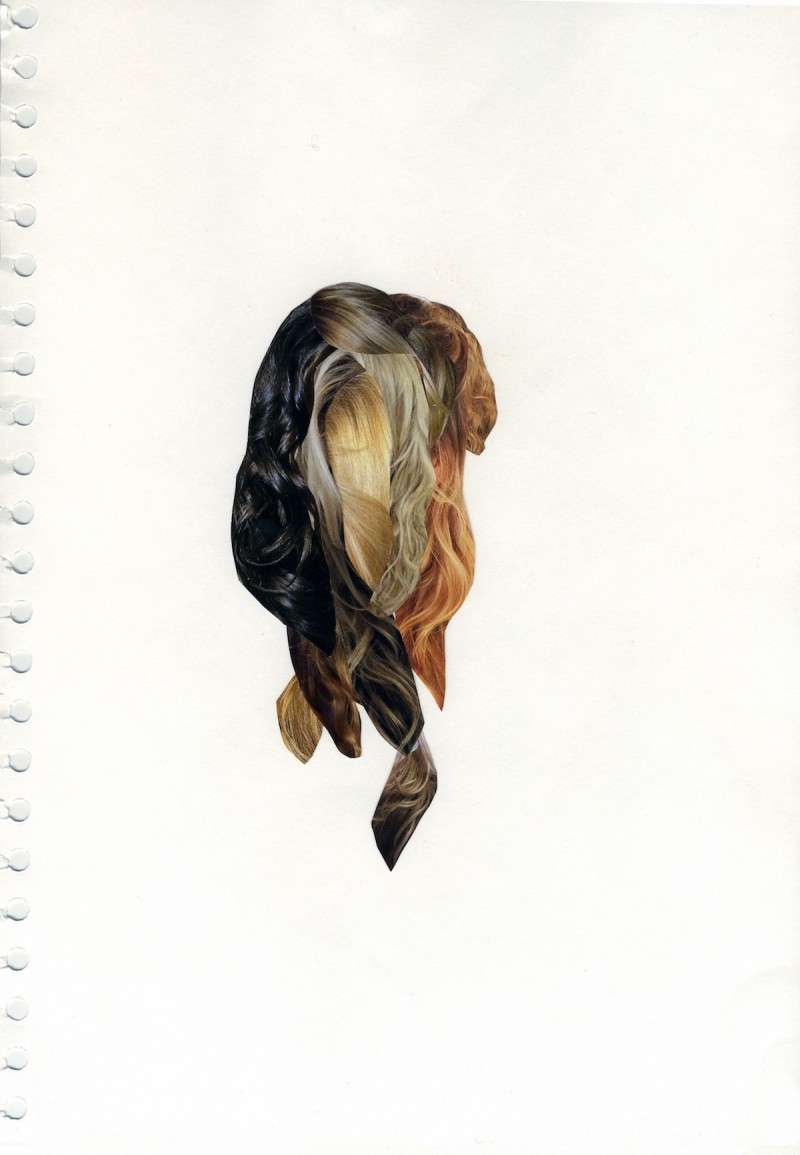 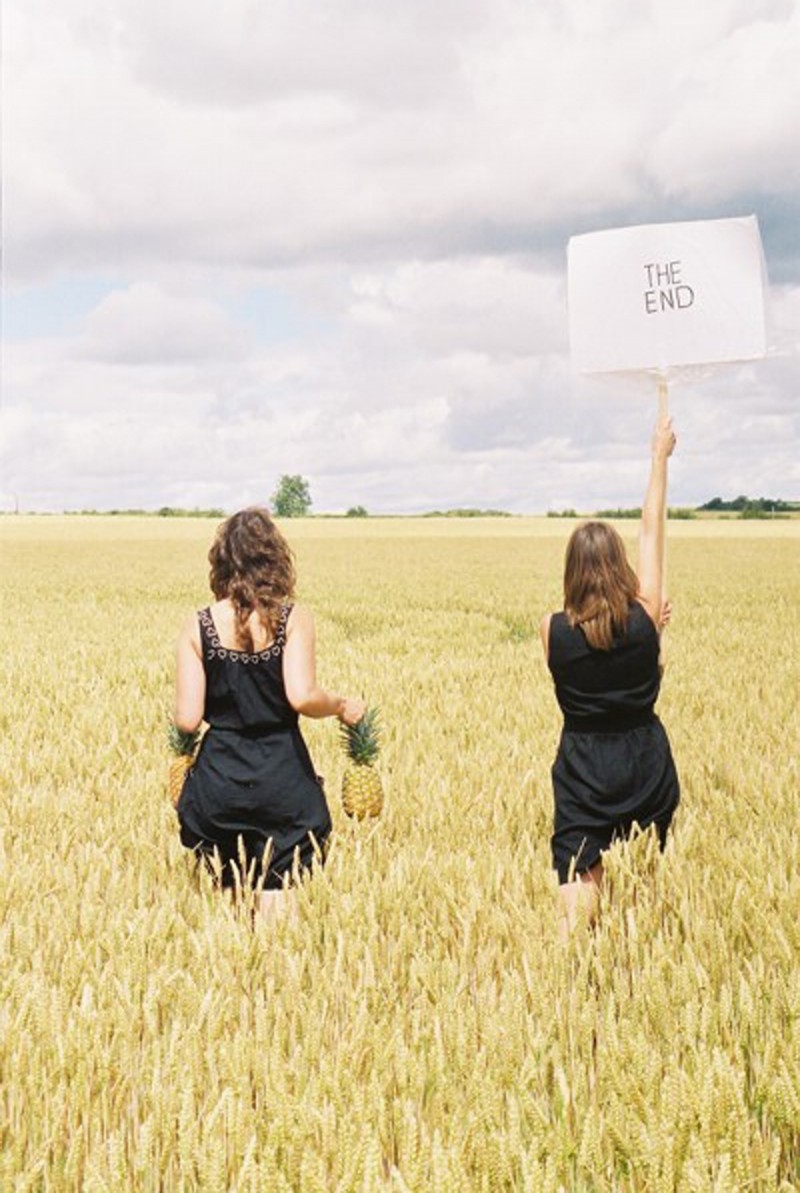 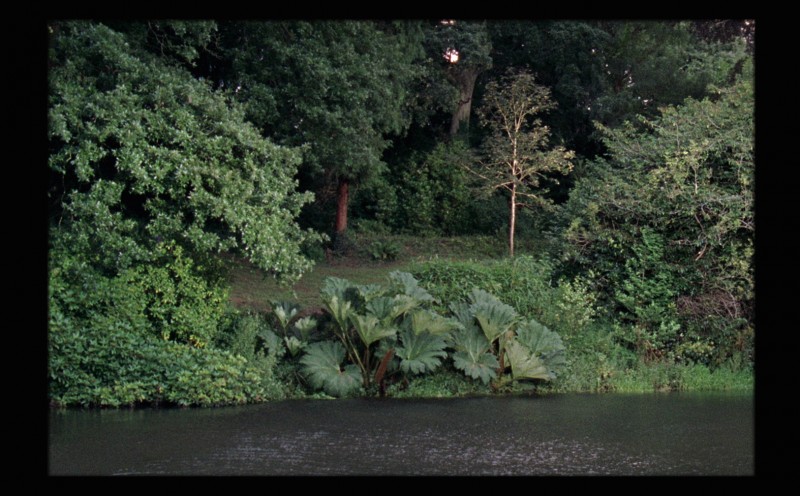 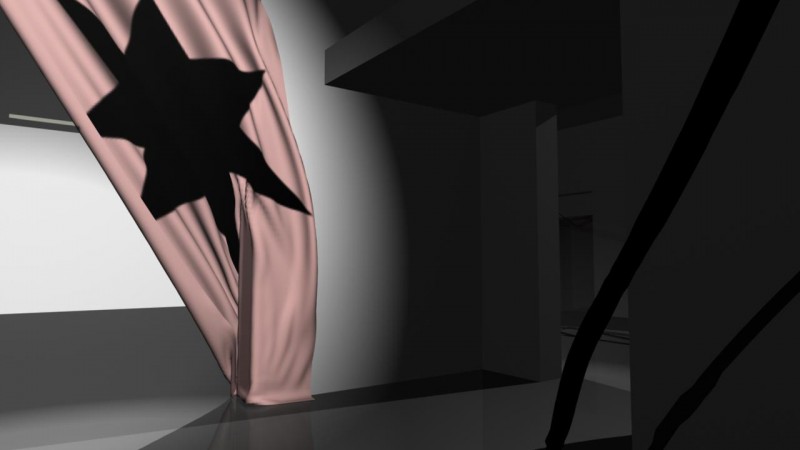