In a series of partnerships between Matt’s Gallery and CGP London, Richard Grayson presents a multiscreen sound and video installation.

Nothing Can Stop Us Now features the song ‘Stalin wasn’t Stallin’ memorably covered by Robert Wyatt on his 1982 album ‘Nothing Can Stop Us Now’, a record that has become an exemplar of a strand politically engaged independent music which now seems to represent a model of engaged practice that is increasingly distant and impossible.

‘Stalin wasn’t Stallin’ was written by Willie Johnson, originally recorded by the gospel a capella group The Golden Gate Jubilee Quartet in 1943 to celebrate Stalin’s stand against Adolf Hitler’s invasion of the Soviet Union.

The work shows individuals moving though their houses, walking through parks and streets past glimpses of financial and political landmarks of contemporary London. Shaped by the demands of finance and capital, each person sings fragments of sound that over time combine into a complex and rousing harmony.

Nothing Can Stop Us Now talks of ghosts of solidarity and aspirations of agency that still underpin ideas and mythologies of contemporary art. It generates a virtual gathering that both articulates and layers occluded models of political understandings of the world. Choral expressions of a song from a past political model of the world contrast against the buildings and developments that constitute the socio-cultural infrastructure of London, global capital and the international rich. A song of collective political identification and associated utopian desires collides with the contemporary idea of the flash mob, seeking to explore ways that opposition to dominant beliefs have and continue to be expressed – through gatherings and group action – but are now mediated and expressed through electronic and digital media.

Music by Leo Chadburn, based on ‘Stalin Wasn’t Stallin’ (Willie Johnson, 1943). The singers for ‘Nothing Can Stop Us Now’ are: Bishi Bhattacharya, Leo Chadburn, Tom Herbert, Laura Moody, Sophie Ramsay. 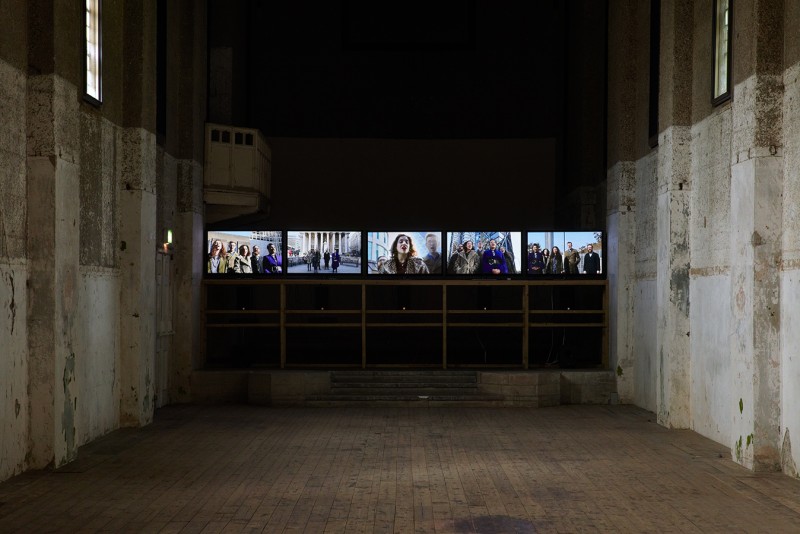 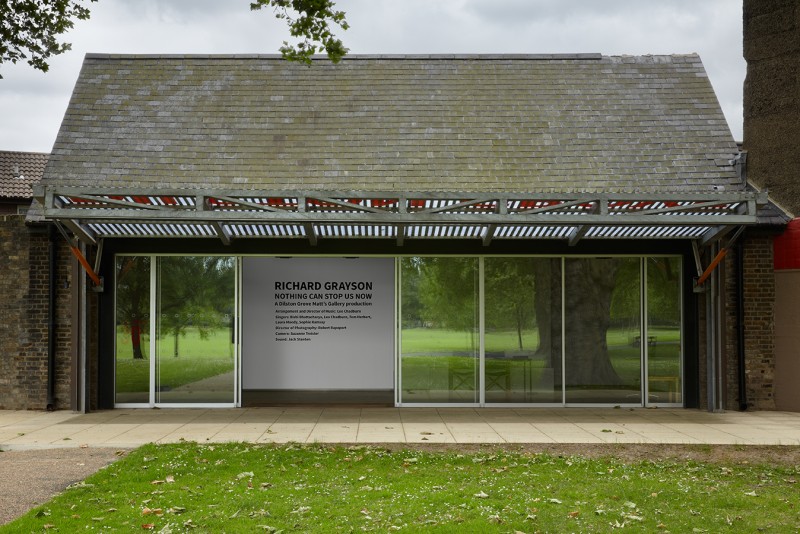