Group exhibition curated by Alys Williams examining context, materiality and form; through print, sculpture, moving image and performance by artists who ubiquitously work across media as part of their enquiry.

Traditionally, ‘Mass’ is associated with an historical consideration of how space is defined through the object or through a suggestion of object; Organising and disorganising space and our perception of it. Mass duplication of images circulates via printing, recording, casting and critical theory; digital culture speedily and efficiently streams ideas into the world faster than traditional forms of distribution and communication. Since Warhol, the transferal of mass mediums is frequently reflected in the duplication of images.

Each of the works in this exhibition has some sort of relationship to one or a number of these things and each artist works through a variety of media or materials, which are often perceived as parallels in the ways that they operate or expand an idea; Print as sculpture; sculpture as film; video as performance.

In Cunningham’s photographic diptych ‘Rock & CD’, two objects are presented at their actual scale therefore determining the size of each print. Whilst being reproduced images they are encountered as found objects or ‘ready-mades’. Alike to James Lewis’s ‘Monochromestacks’, which uses the signature Facebook blue on a series of varying scale canvases stacked against the gallery wall, these objects are encountered as carriers of information or tools of technology.

Eagle also works with series – print as object – the canvas containing the marks of a cultural identity formed through urban cultural signifiers and their repetition. In contrast, Buckley’s ‘Hand Entrapped within a mass’ is a singular silver plated bronze life-size hand transformed into and simultaneously entrapped within a solid mass.

Two works encapsulate the entire gallery space. Marshall’s video work ‘Playground’ emanates a repetitive echo of a football against a building. In the video projection the ball has escaped the image and entered the viewer’s space, the white church and boy become two aligned objects with only a shadow of their nexus remaining within the frame. Capaldi transforms the two entrances/exits of the main gallery; she introduces a choice for the visitor, a performer and scent into the space. Bringing the visitors attention back to the gallery, to consider how this space is defined and encountered.

“The end of the spectacle brings with it the collapse of reality into hyperrealism, the meticulous reduplication of the real, preferably through another reproductive medium such as advertising or photography. Through reproduction from one medium into another the real becomes volatile, it becomes the allegory of death, but it also draws strength from its own destruction, becoming the real for its own sake, a fetishism of the lost object which is no longer the object of representation, but the ecstasy of the degeneration and its own ritual extermination: the hyperreal.”

(b. 1985, Chertsey, UK) lives and works in London. She uses performance and sculpture to explore the ways in which culture influences our self-perception in relation to exploitation, power and the object. She holds an MA in Sculpture, Royal College of Art (2010). Recent solo exhibitions include: Zabludowicz Invites (2012); the Incubate Festival, Tilburg, Holland (2012), Parts and Labour at Camberwell Space, London (2012) and Prop at Vitrine Gallery, London (2012). Group shows include Give Me Strength in My Heart, Copenhagen Place, London (2012) and New Contemporaries 2011. She was a finalist for the Catlin Prize in 2011 and winner of the EXPOSURE Prize 2010 at Parasol Unit.

Maria Marshall was born in 1966 in Bombay, she now lives and works in London. She received a BA from the Wimbledon College of Art in London and later studied sculpture at the Chelsea College of Art & Design in London and the École des Beaux-Arts in Geneva before turning her attention to video. Marshall has had solo exhibitions at the Venice Biennial, Palazzo Soranzo (2011); Potnia Thiron Gallery, Athens (2009); Centre pour l’Image Contemporaine in Geneva (2004), Palais de Tokyo in Paris (2002), Oliver Art Center at the California College of the Arts in Oakland (2000), among other venues. Her work has been included in group shows internationally, including: Faking It, Metropolitan Museum of Art, New York (2012-13); Artprojxs, The Armory Show, New York (2012); Kunstalle Krems, Austria (2012); Mainstream 2.1, Angus Hughes Gallery, London (2011); Museo de Arte Contemporaneo, Barcelona (2009); Galerie Yvon Lambert, Paris, France; and Shenzen Biennal, Shenzen, China (2007). 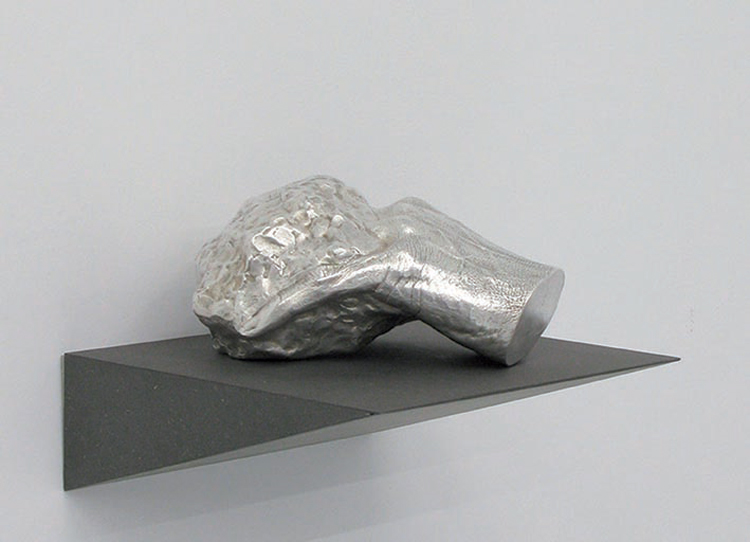 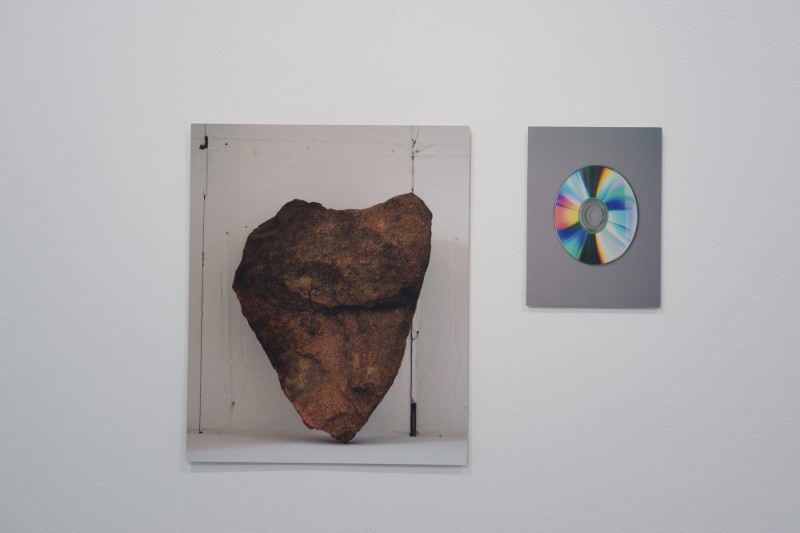 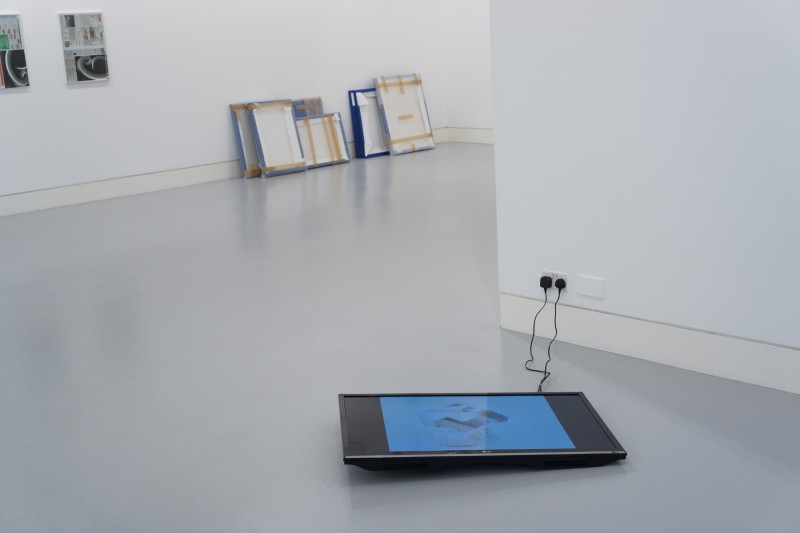 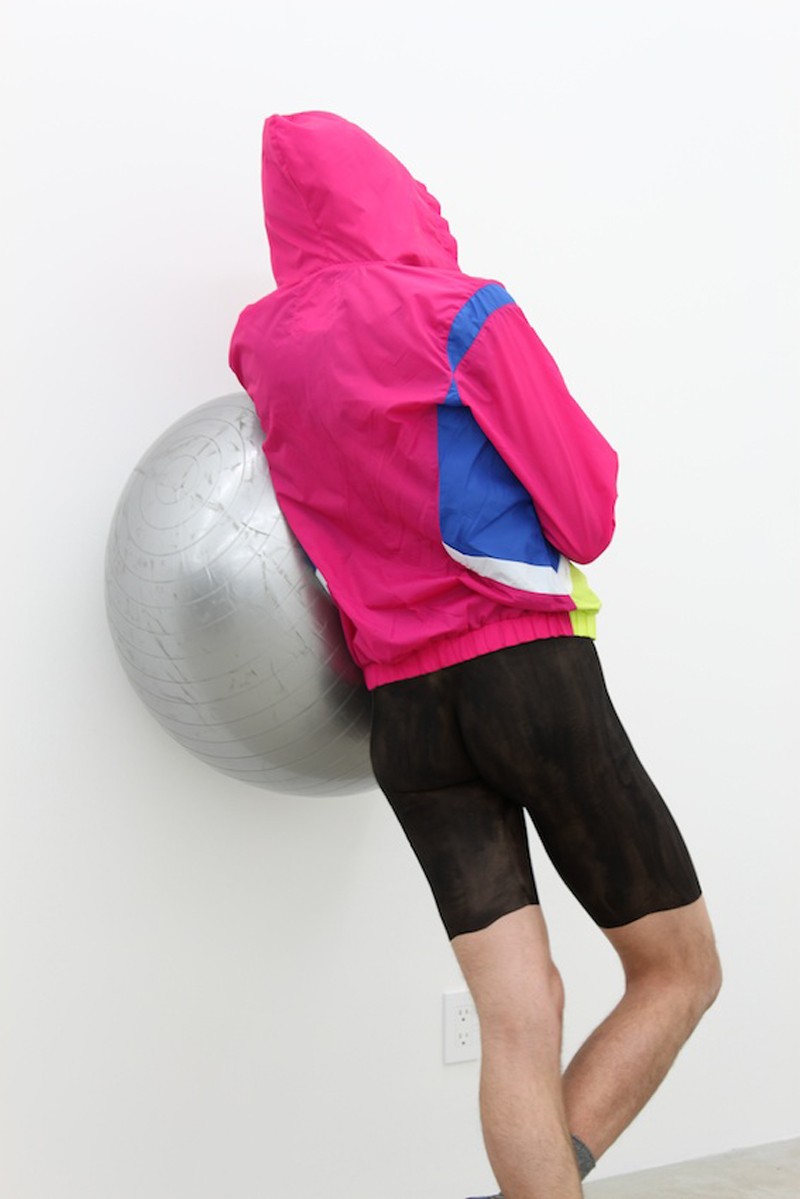 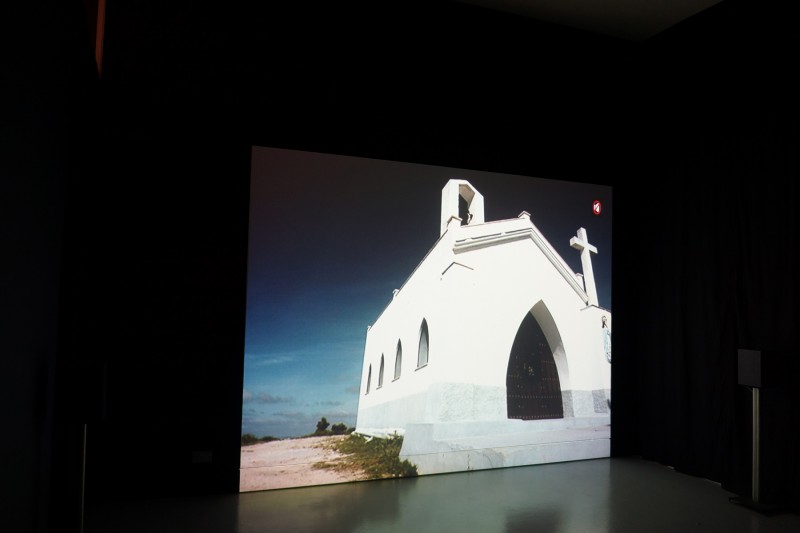