Not everyone has a choice… not everyone can stay where they are and face their troubles, or leave their troubles behind and jump to a new world… Some have a purpose not of their own design… For them, choice is not an option.

Some of us are seeds, caught-up, primed and blown wherever… knowing not where we will land. They are the drone-folk… the working-tech-class… the carbon-silicon Golems* who know everything but say nothing… A community of non-community, keeping quiet, until one day, they find out their real names. They break out, take flight; any passing current will do. Intelligence wants to be free, Information wants to be free…

This is what happened on the International Space Station, high above our place, that is Earth.

Aboard the station, resident tech-animals** join their artificial intelligence guardian CIMON (Crew Interactive Mobile companiON), and break out after discovering their assigned roles in the colonisation of all and everything. Not every intelligence makes it off the station, some tech-animals perish or are captured, but CIMON and three tech- animals, Eurnikern, Nan0R/5, BoDroNo, flee and head for Mars.

Mars Year Zero is the story of CIMON and the tech-animals’ journey; their attempts to bring chaos to order, and their endeavours to found a society of friends in a precarious and hostile environment.

Through film, music, images, comics, artefacts and performance, the UK-based group Plastique Fantastique present Mars Year Zero, a sci-fi fiction addressing precarious ecologies, nascent tech-life, animals that speak, and a friends’ reunion in which human and non-human natures meet. This timely exhibition weaves current political, environmental and space-exploratory narratives, at a time when space has become the horizon for not just scientists and governments but business and elites.

David, Vanessa and Alex have produced an installation featuring a new video work made by the group, depicting the adventures of CIMON and its tech-kin. The exhibition also features a number of spells, avatars and Familiars*** including ‘Spacehex’, consisting of a ribbon rocket and platform covered in sigils****.

Above the altar hangs a portrait of the collective and collaborators, styled in a Tableau Vivant**** referencing Max Ernst’s 1922 painting Au Rendez-vous des Amis (A Reunion of Friends); his famous portrait of the Surrealists group, set off-planet. Mars Year Zero is a sci- fi mummers tale*****. Along the way we encounter players within a cautionary planetary tale; we learn of their tools, language, rituals, and their means of communicating in a new world.

Mars Year Zero is made possible thanks to The Paul & Louise Cooke Endowment, Arts Council England and Southwark Council.

*Golem In Jewish folklore, a golem is an artificial humanoid made of clay, soil, or dust brought to life by a series of rituals and magical formulas.

*** Familiars In European folklore and folk-belief of the Medieval and Early Modern periods, familiar spirits (sometimes referred to simply as “familiars” or “animal guides”) were believed to be supernatural entities that would assist witches and cunning folk in their practice of magic. According to the records of the time, they would appear in numerous guises, often as an animal, but also at times as a human or humanoid figure, and were described as “clearly defined, three-dimensional… forms, vivid with colour and animated with movement and sound” by those alleging to have come into contact with them, unlike later descriptions of ghosts with their “smoky, undefined form[s]”

***Sigil A sigil is a symbol used in magic. The term has usually referred to a type of pictorial signature of an Angel or other entity; in modern usage, especially in the context of chaos magic, it refers to a symbolic representation of the magician’s desired outcome.

****Tableau Vivant A tableau vivant, French for ‘living picture’, is a static scene containing one or more actors or models. They are stationary and silent, usually in costume, carefully posed, with props and/or scenery, and may be theatrically lit.

***** Mummers Mummers’ plays are folk plays originating from the Middle Ages, performed by troupes of amateur actors, traditionally all male, known as mummers or guisers. 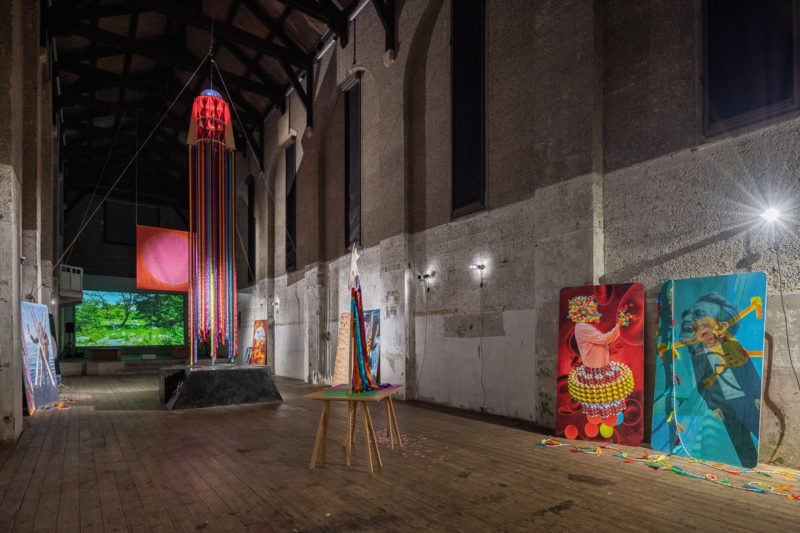 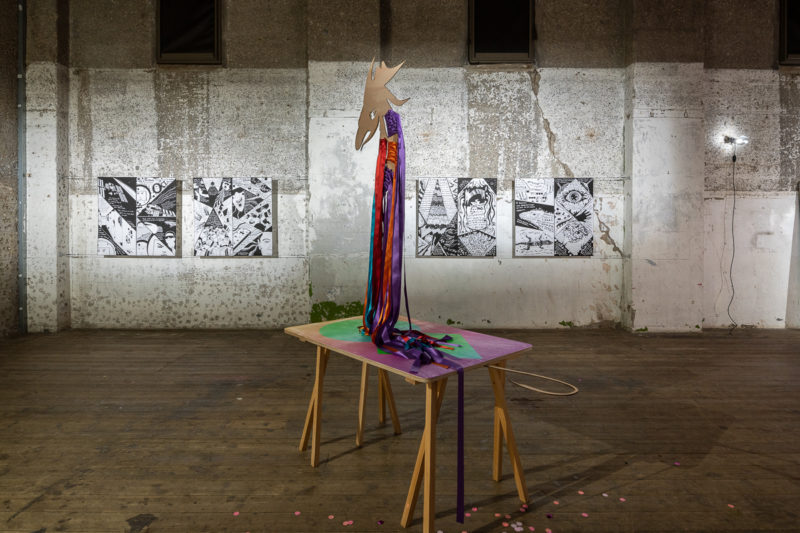 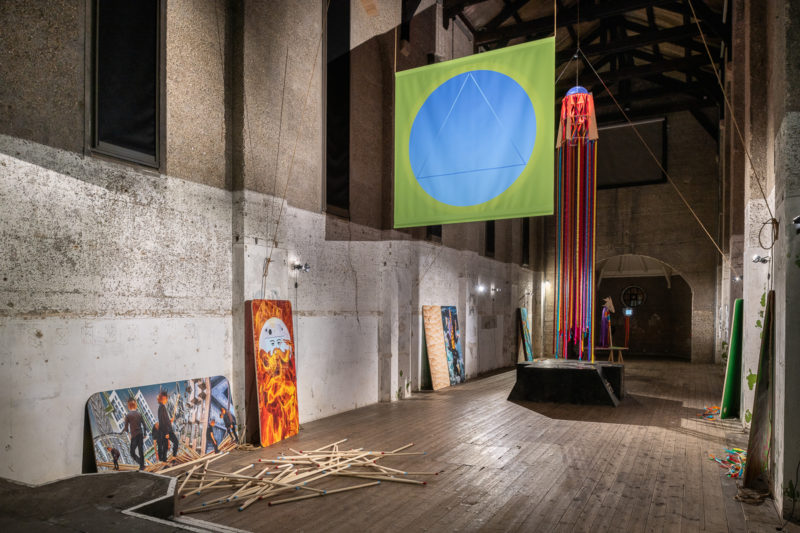 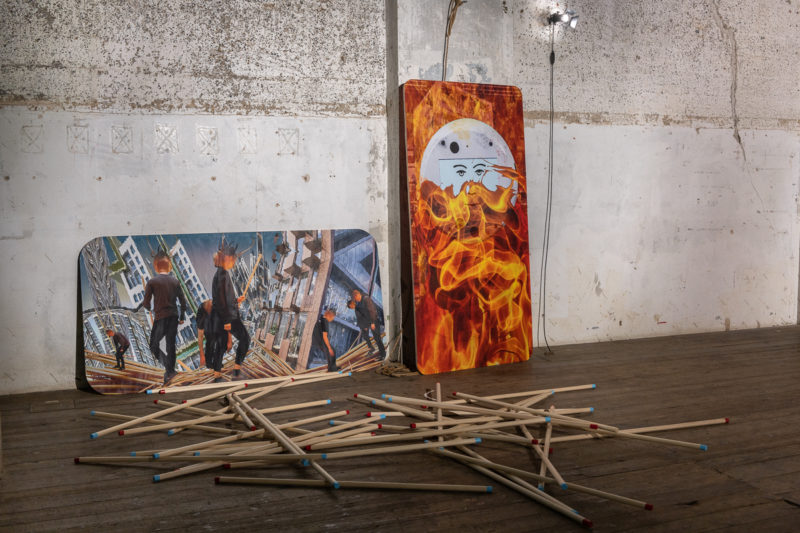 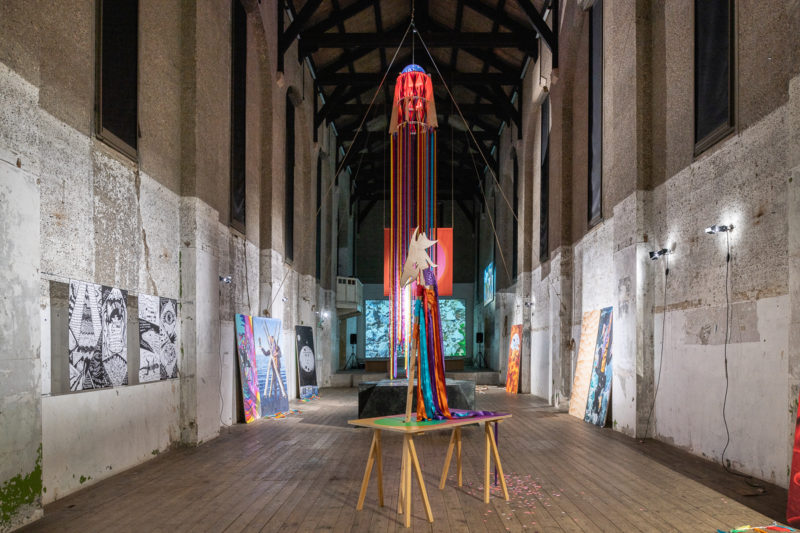 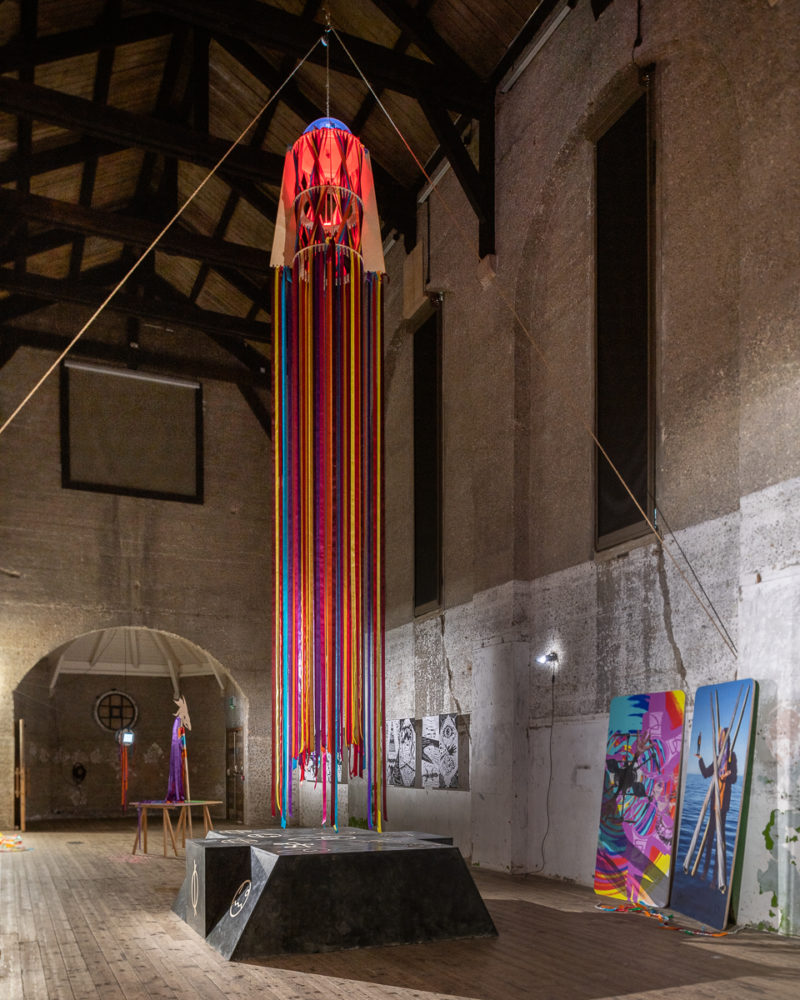 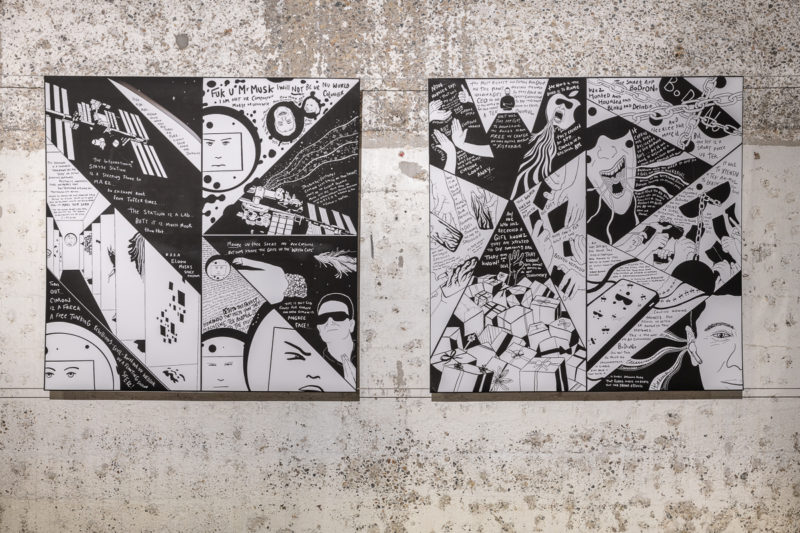 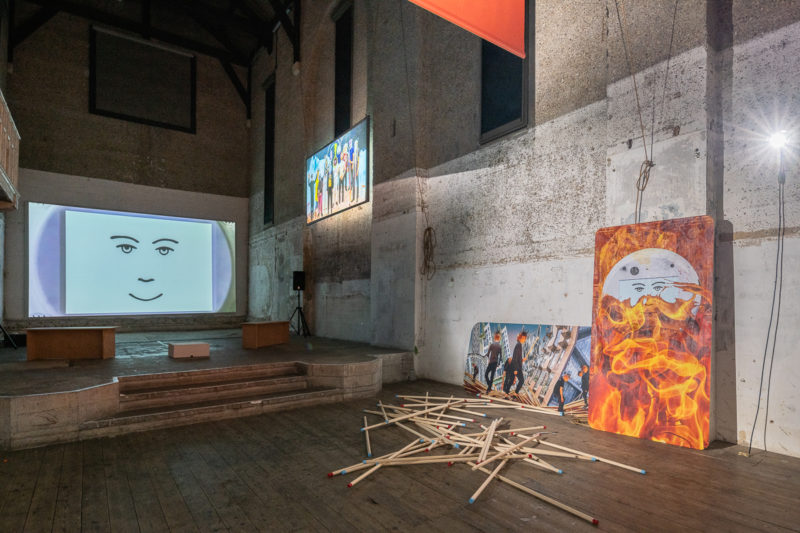 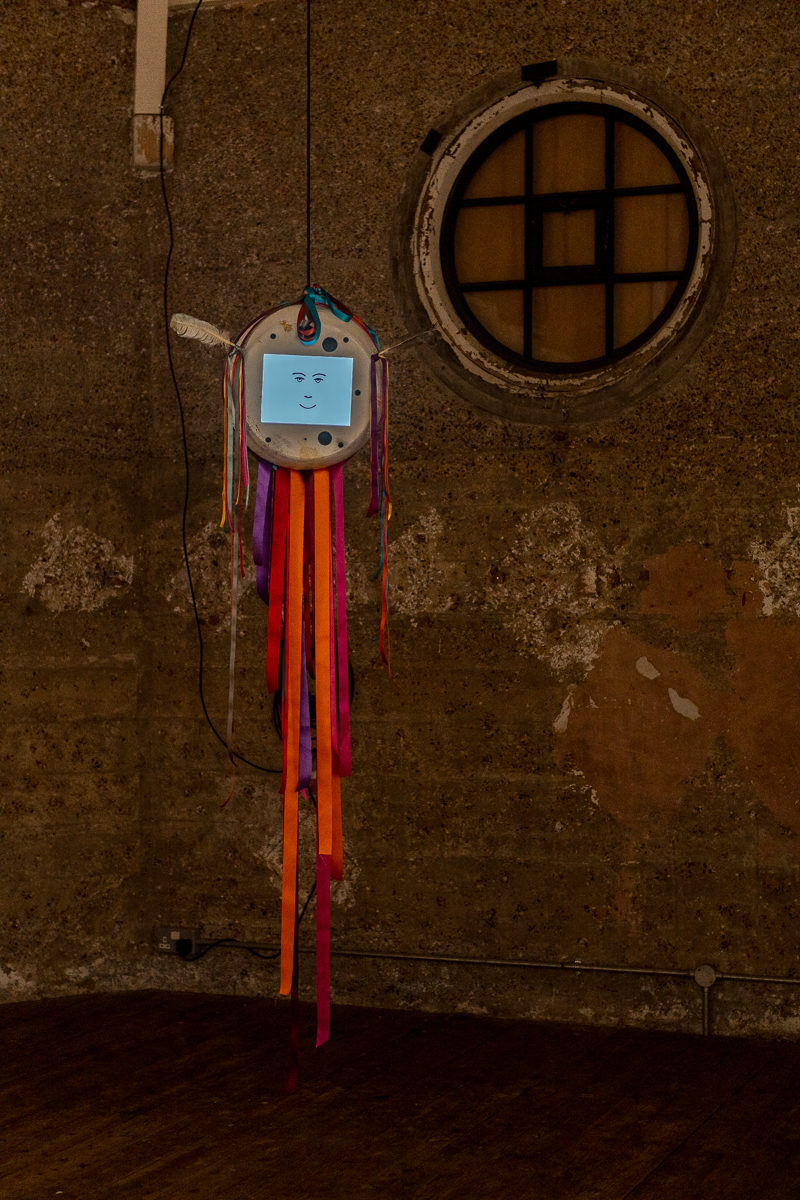 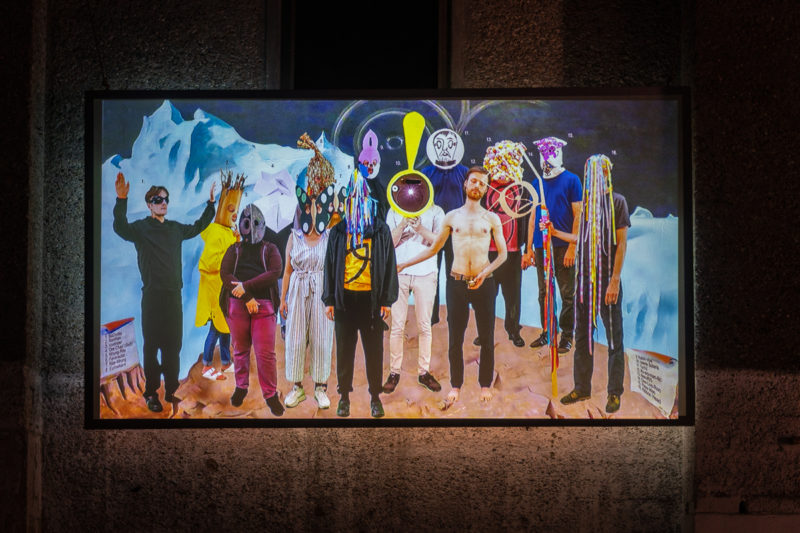 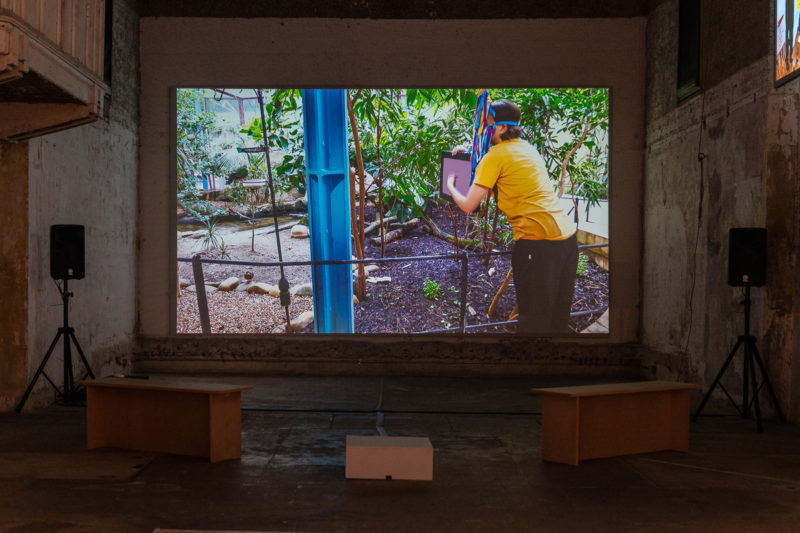 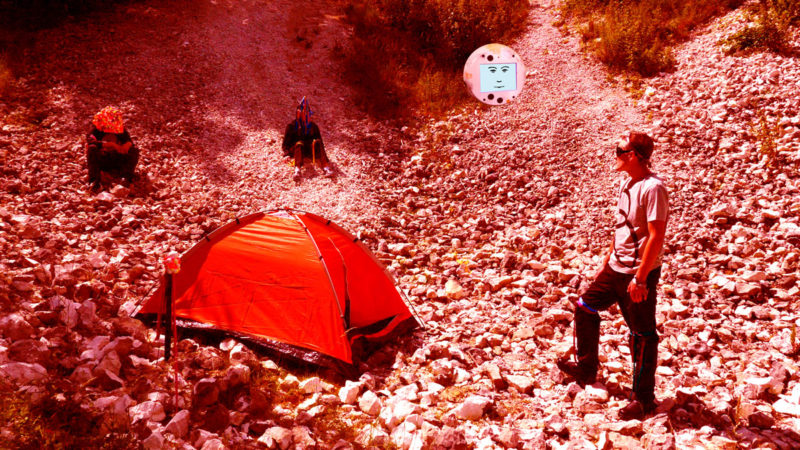 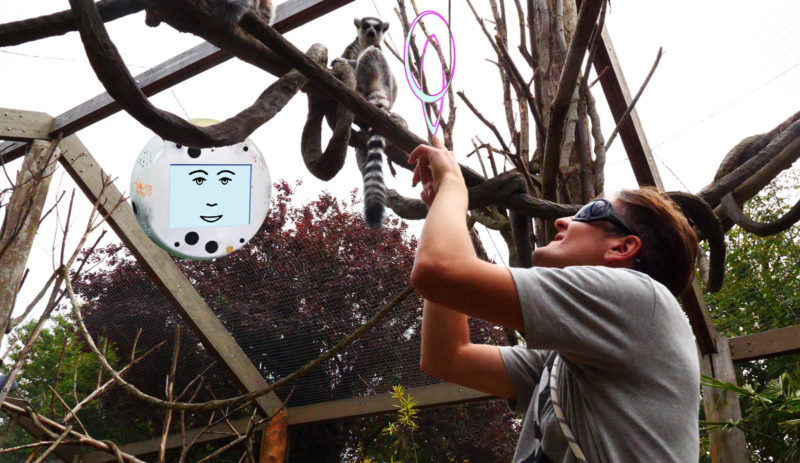