Ten fragile glass bowls of sky, hold them and they come to life charged with vibrating sound. Each vessel represents a lost life. Held is a mesmerising audio-visual installation that connects its audience with the disturbing phenomenon of people who died falling from the sky.

Over the past two years artist Graeme Miller has researched places around the world where people have fallen from aircraft stowaways who have hidden in the wheel bays of commercial airlines. As the planes fly into airports and lower their wheels so their bodies fall to the ground, charging a particular piece of ground with significance.

In each site the artist has captured photographic images of the sky using a 180-degree fish-eye lens. Beautiful panoramic visions reveal the enormity and variety of the sky, as well as showing the specific detail of the horizon. Ambient sound of bird song, aircraft noise or traffic, help us further sense the location where the body fell. A 14 year-old boy falls into a field in the Black Forest. A Pakistani man falls into a Homebase car park in Richmond. An unknown Russian falls into a suburban garden. As the bodies fall by chance entering another’s particular space those below can choose to hold or to let fall this passing life. From un-marked graves in the Paris suburbs to well tended memorials in Germany, as these bodies fall geographies collide or connect, the living meet the dead, the migrant meets the settled.

Held is not conceived as a static and monumental memorial. By the act of lifting the bowls we reach through our finger-tips to another persons life, acknowledging the political and social significance of their death.

Held is an Artsadmin project, jointly presented with Cafe Gallery Projects London, funded by Arts Council England and the Henry Moore Foundation. Graeme Miller is a theatre maker, composer and artist, whose work reflects a sense of landscape and place. His best known works include the acclaimed theatre work A Girl Skipping, the Artangel/Salisbury Festival commission Listening Ground, Lost Acres with Mary Lemley, and the permanent public sound installation Linked. Held is shown at Dilston Grove, the former Clare College Mission Church, a Grade II listed building in Southwark Park. Designed in 1911 it is one of the earliest examples of poured concrete construction. Decommissioned in the 1950s, Dilston Grove has been sporadically derelict and used for art works. Held initiates a new programme of major installations at Dilston Grove, curated by Cafe Gallery Projects London. 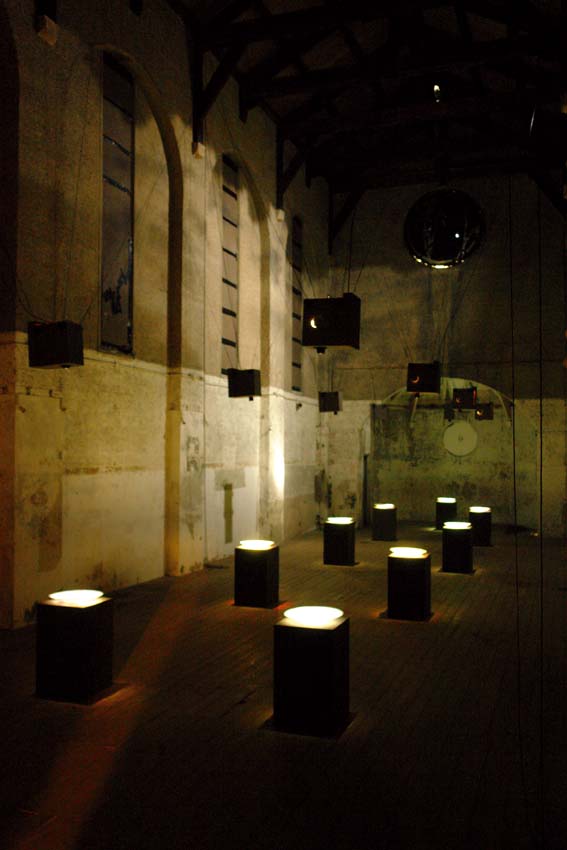 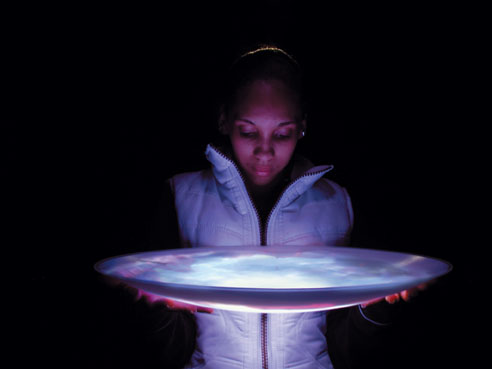