Inspired by recent UFO religious leaders, and records of hallucinations from across human history, SEEK-PRAY-ADVANCE, EPISODE 1: EYES ONLY is the first chapter of an aggregative national touring exhibition by Bristol-based artist Megan Broadmeadow co-commissioned by CGP London, QUAD, Derby and Green Man Festival.

Seek-Pray-Advance is an immersive, labyrinthine exhibition that explores the complex and blurred zone between religious epiphany, alien contact and delusional disorder. This intergalactic tale investigates the human condition of belief, asking if we are really ‘alone’; what about the others that exist within us, the others created by society; the others to whom we must listen and obey?

In this, the premiere episode of Broadmeadow’s largest work to date, we are introduced to the characters of Seek-Pray-Advance; an eclectic cast of players including The Ordinary Person, The Mother of all Personas and The Anguine Twins who all interact with a curious cosmic box, the contents of which connects the Earth and universe. Broadmeadow’s cast is developed from a wealth of mythical hybrid tropes, referencing 1950s sci-fi blockbusters, ancient scripture, Jungian theories and contemporary culture.

Episode 1 charts the beginnings of a new community on earth as observed by its governing aliens in space, ‘The Watchers’. The plot unfolds with the possibility of alternate realities in mind. Embracing filmic and stage gestures from classic sci-fi film and TV genres, Broadmeadow has created an immersive built environment within the gallery, creating an ethereal set in which we are transported into an alternative universe.

Alien landscapes are projection-mapped and enveloping, creating a scene for chance encounters with the cast in their own transcendental environment. Here we observe the birth of a new order, via an alien surveillance station and mystic cave.

This ambitious work stems from Megan’s ongoing interest in contemporary UFO religions, encounters, revelation and personal accounts of religious euphoria throughout history; charting parallels of religious epiphany and alien contact. The exhibition references imagery and experiences described in The Book of Enoch, an ancient Hebrew text said to be one of the earliest records of alien encounter (ascribed to Noah’s great-grandfather dating back to 300 BC). Filmed at uncanny locations including Margate’s otherworldly Shell Grotto, we are transported into an alternate reality that is simultaneously both futuristic and nostalgic.

What would you do if you were the chosen one?
Would you embrace or hide?
If you accepted your fate, how would you transmit this news to the world?

Seek-Pray-Advance is an interdisciplinary artwork comprising of installation, video, performance and sound. It will unfold as an episodic sequence during 2018-19 across the UK. The show at CGP London marks the departure point for the work, travelling onto Green Man Festival for Episode 2 (August 2018) then will culminate with Episode 3 at QUAD, Derby in Autumn 2019.

Alongside conventional research, Broadmeadow has developed this work through an intensive period structured around a workshop-led process in collaboration with artists, singers and dancers. Through which Megan has created a Sci-fi Choir whose performances at Arnolfini Gallery, Bristol provide the soundtrack to the exhibition and shall feature throughout the touring exhibition.

The Sci-fi Choir will perform live during the exhibition tour at spin-off events across the UK. An EP of soundscapes created for the exhibitions and featuring the choir is scheduled by Paper Folds in Bristol in 2019.

Ongoing workshops shall continue to investigate similarities between mental stability, delusion and religious euphoria, spiritual transformation and the relative contemporary phenomena of alien contact and in a live scratch performance will be held in QUAD June 2nd as a precursor to the next Episode of the project.

Each episode will be accompanied by an exploratory text written by researcher and curator Lucy A Sames, investigating key themes within the exhibitions and those of Megan’s ongoing research into the occult, extra-terrestrial and religious experience. Read the text online here

CCQ Magazine
CCQ Magazine has published a postscript by Megan Broadmeadow in the form of an editorial feature in their latest issue. Read all about it here.
The feature was developed in collaboration with Chapter, Cardiff, Ric Bower (co-editor of CCQ), writer Emily Watkins and Central Saint Martins BA Fashion students. CCQ Magazine is a media partner of Art Brussels 2018 (19-22 April).

The artist and CGP London wish to thank:
Ed Metcalf (for everything!) 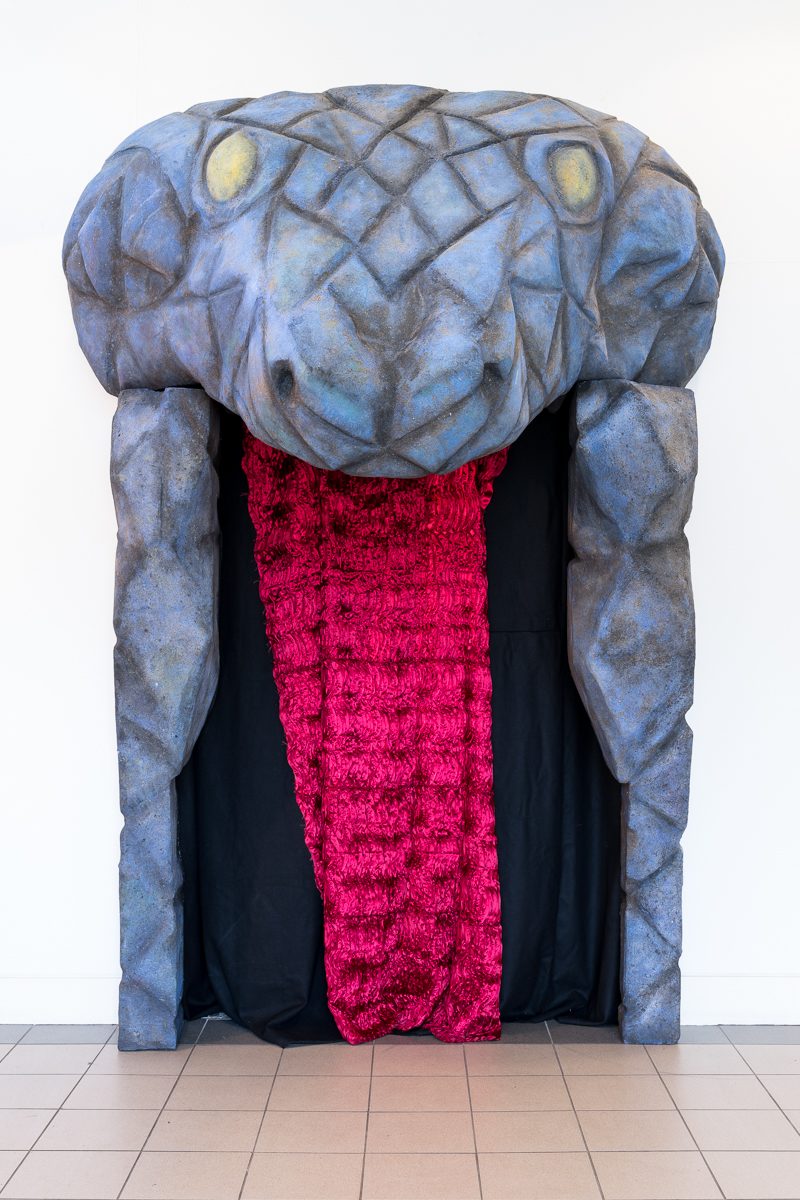 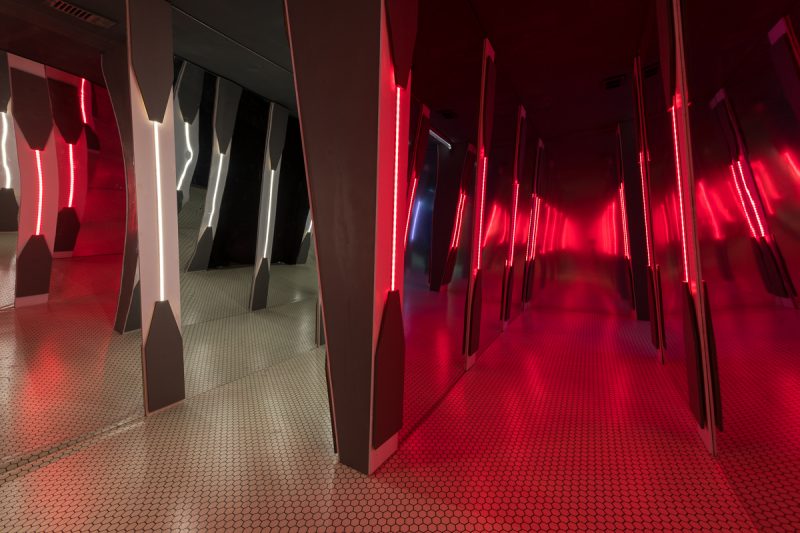 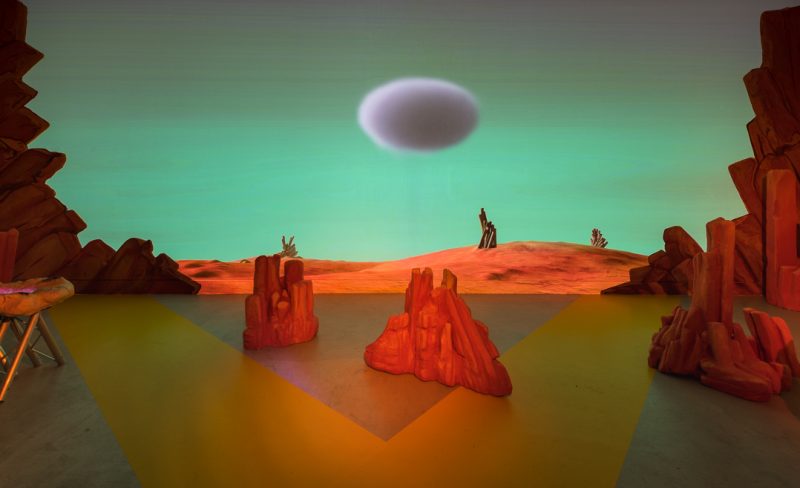 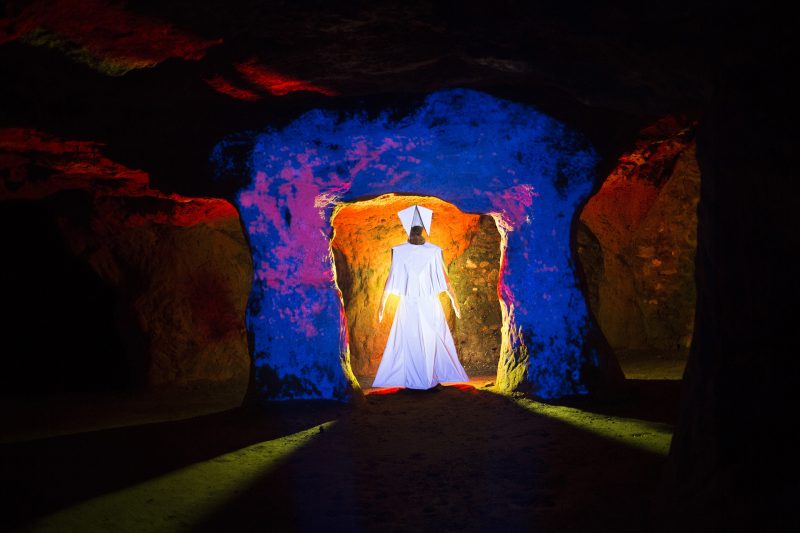 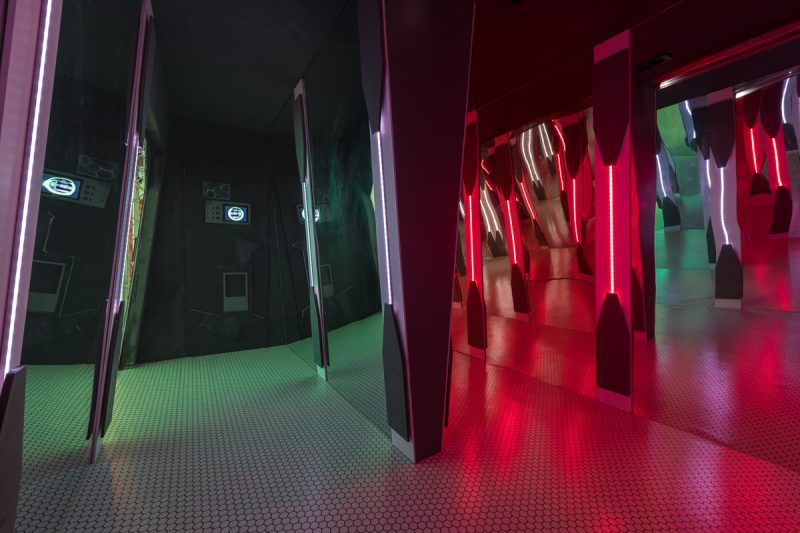 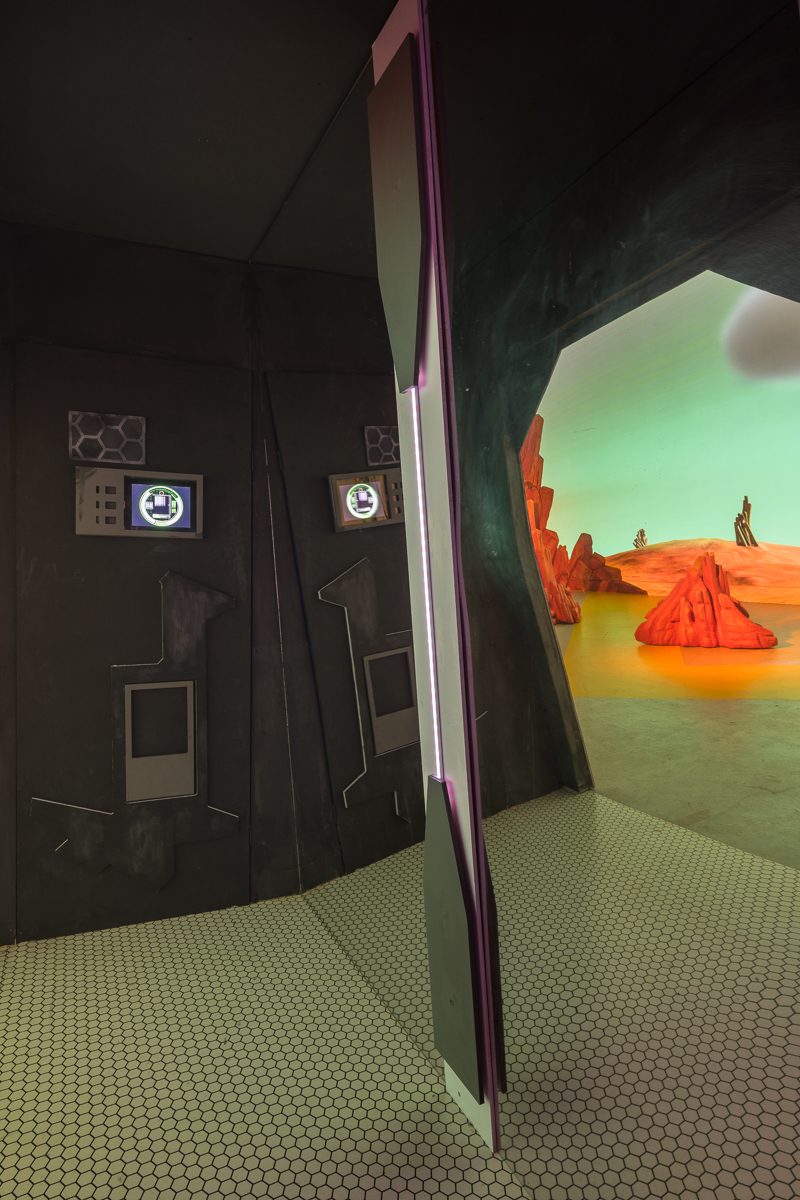 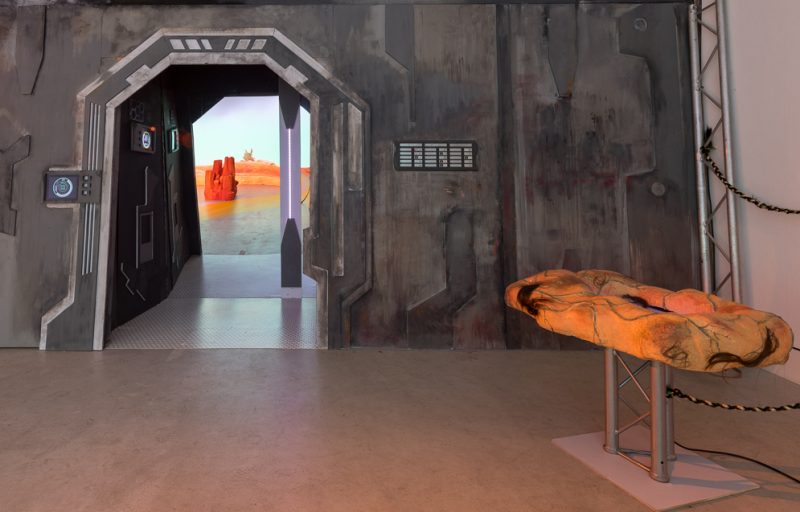 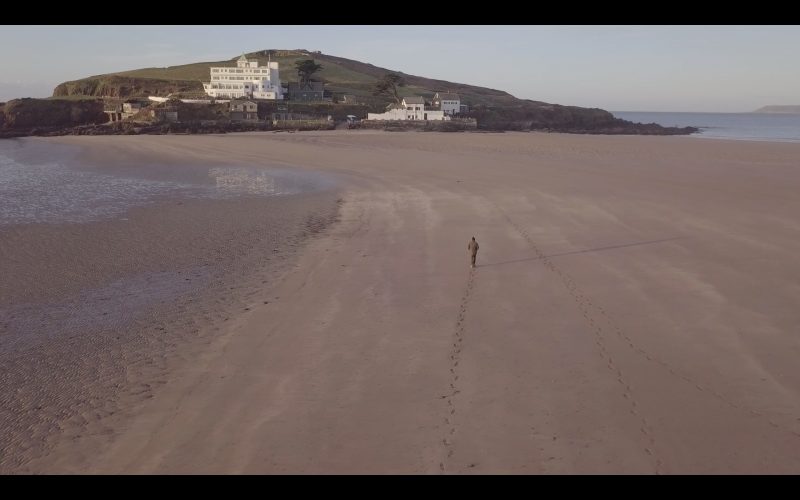 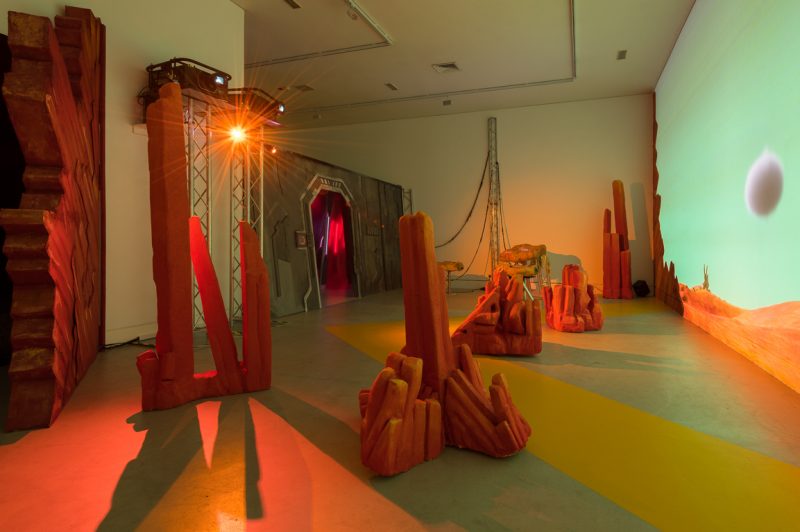 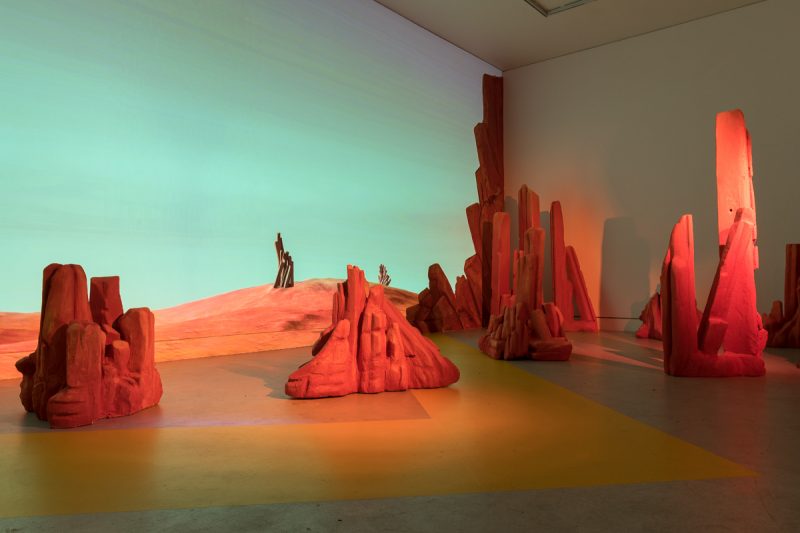 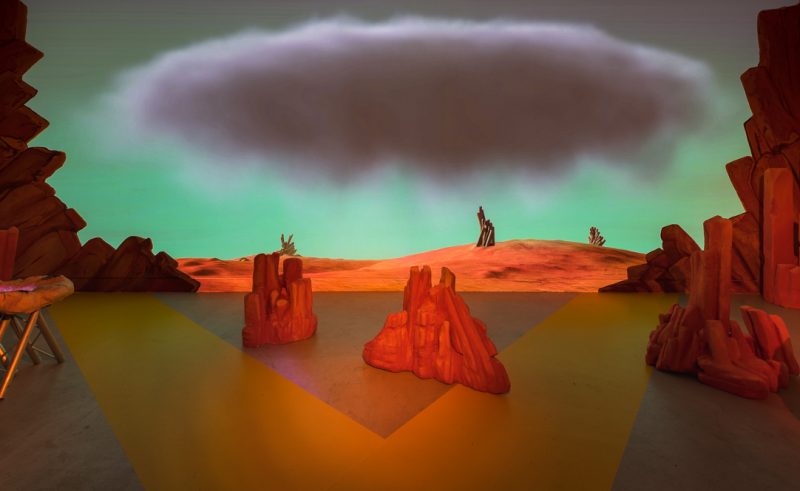 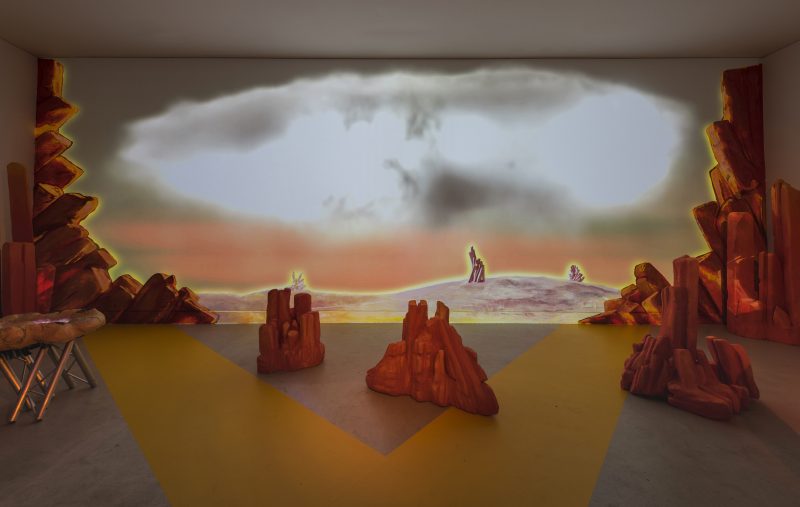 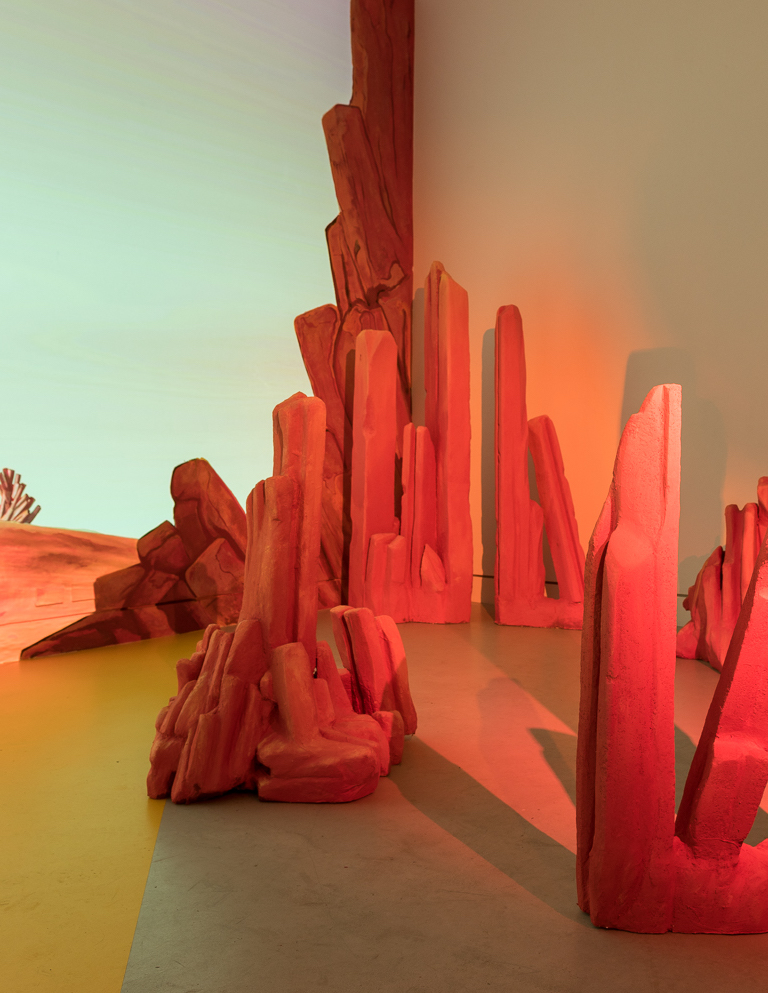 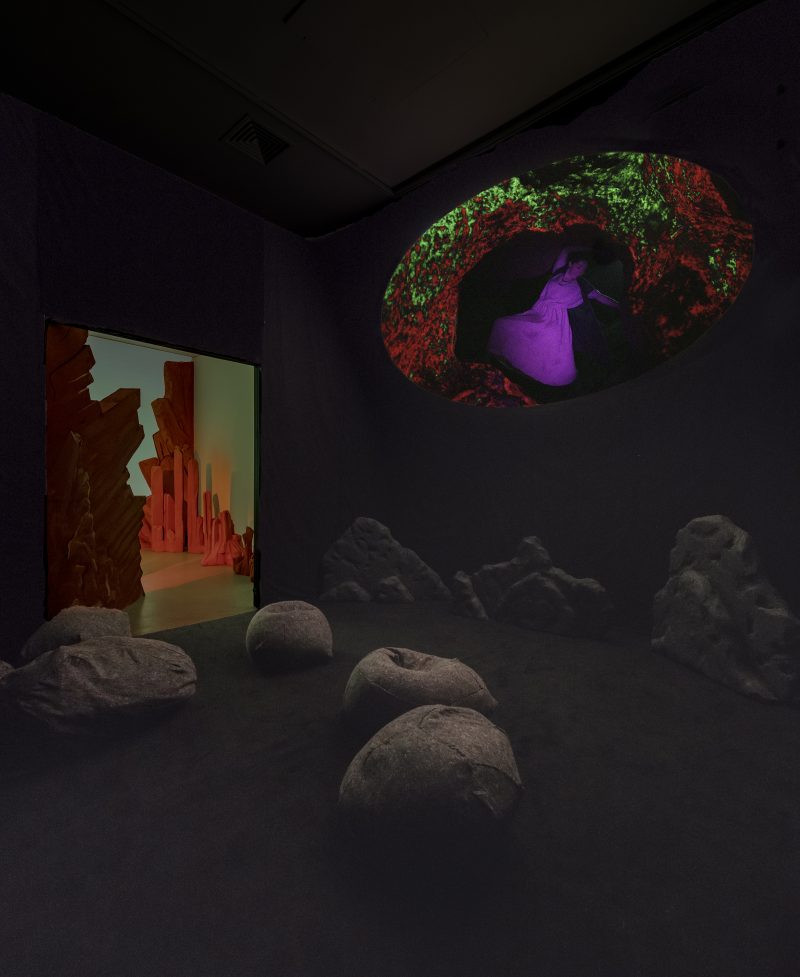 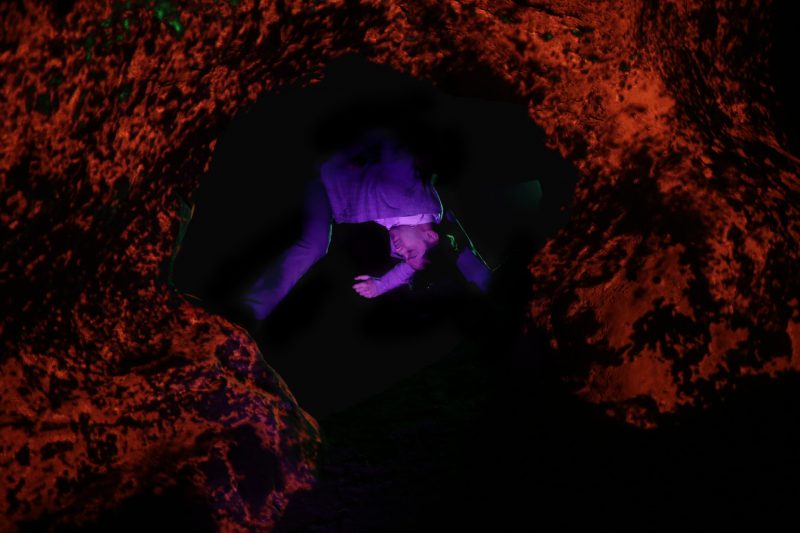 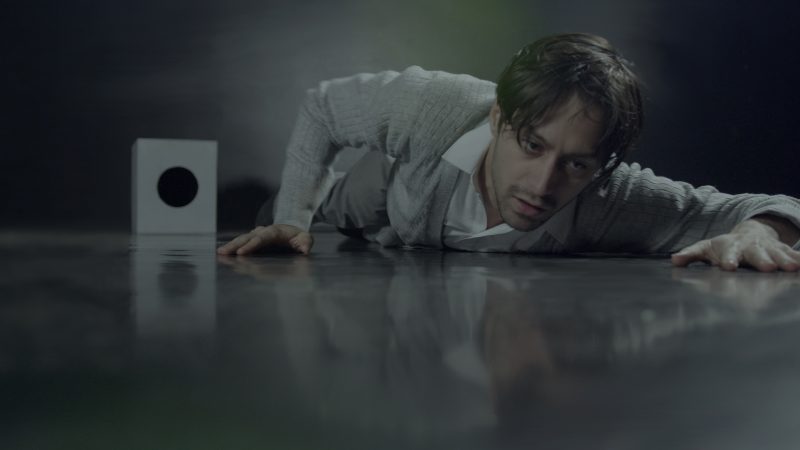 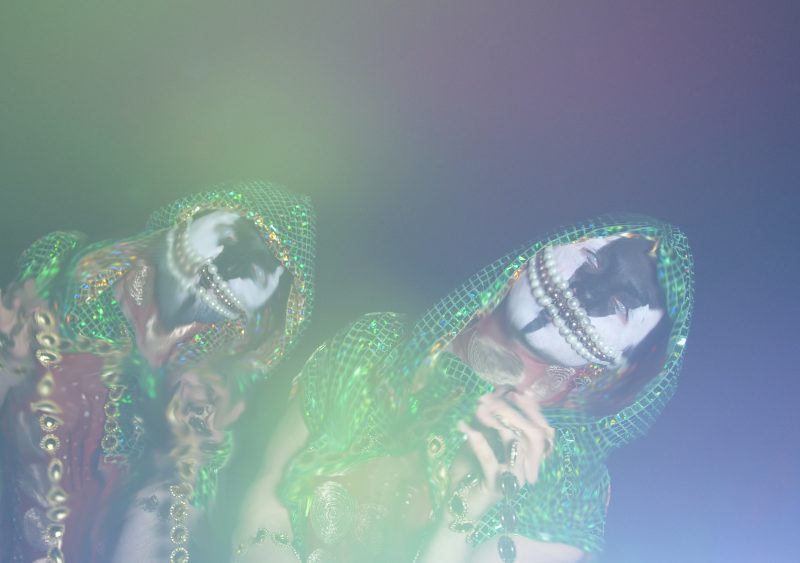