We are currently closed. You can keep up to date with our upcoming exhibition and events programme by joining our mailing list using the link below.

We are currently closed. You can keep up to date with our upcoming exhibition and events programme by joining our mailing list using the link below.

CGP London and Matt’s Gallery are delighted to present a collaborative commission of new work for Dilston Grove by Beth Collar. The commission builds on an on-going relationship that in previous years has produced exhibitions by Graham Fagen, Matt Stokes and Richard Grayson.

Beth Collar, whose exhibition Thinking Here Of How The Words Formulate Inside My Head As I Am Just Thinking took place at Matt’s Gallery in May 2018, will produce a new body of work for the interior of the modernist former church.

The project began with an interest in a group of ecclesiastical terracotta sculptures by Niccolo dell’Arca in Bologna whose uncanny, not-quite-rightness is compacted by their depictions of “extreme feminine emotions” — feelings that are hard to stay in the room with. For Collar terracotta is a material bound with these images of screaming women. While immersing herself in a laborious and extended process of making, Collar was able to think through this entanglement, allowing works to emerge, with one leading to another, feeding back into her research.

In the work the Dark Ages function as a signifier of plastic time, somewhere in the past that we use in our minds to anchor ourselves into the world. Here we find the archetypal pilgrim, the apocryphal figure of Prester John (a priest-king who was said to rule an Eastern Christian kingdom) and the biblical Antichrist — figures whose arrival is held in a constant state of imminence, and yet never fulfilled.

Historically women’s art has often been read as confessional and seen through the lens of the micro: the autobiographical, the domestic and the emotional. The multi-purpose pop-psychological phrase “Daddy Issues” is wielded to diminish, disparage and negate an “emotional” aspect of a person’s character, and most often through this, to subjugate and manipulate women. This title openly courts the potential for Collar’s work to be read through this lens. Daddy Issues is both a send up and an earnest homage.

The question of whose daddy issues are being addressed is kicked between the protagonists; a universal, transhistorical daddy; the absent daddy; the big other or the propensity for man to rely on and bow to outside forces. Even dads have daddy issues.

The exhibition is supported by the Arts Council England, The Henry Moore Foundation, Paul & Louise Cooke Endowment and Southwark Council. 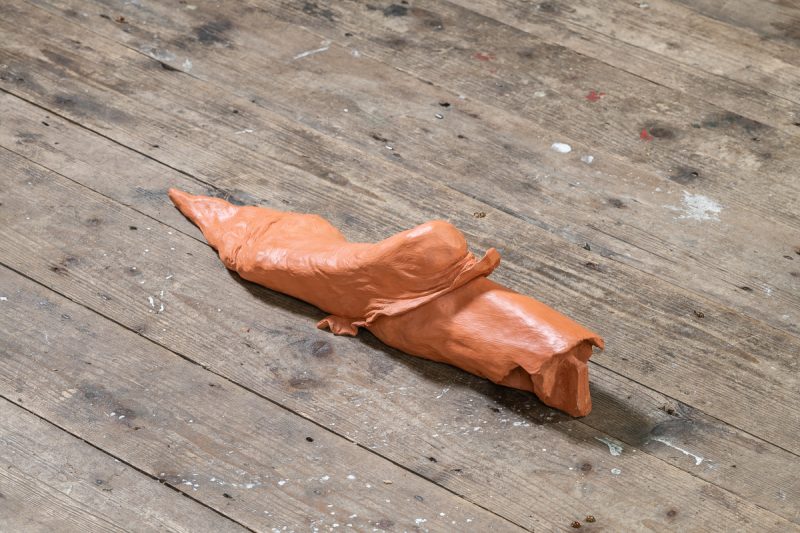 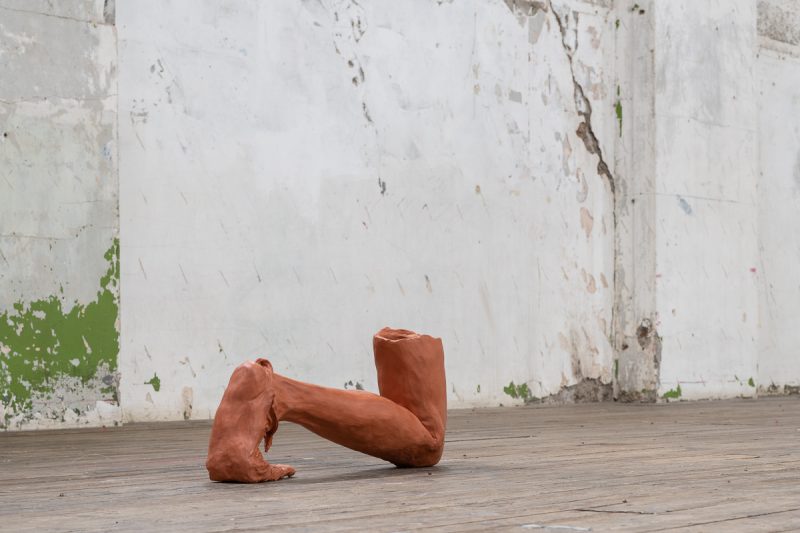 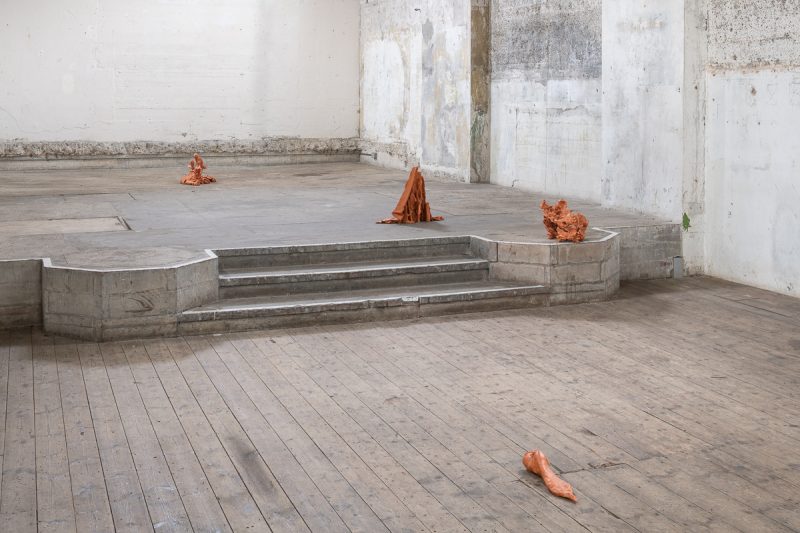 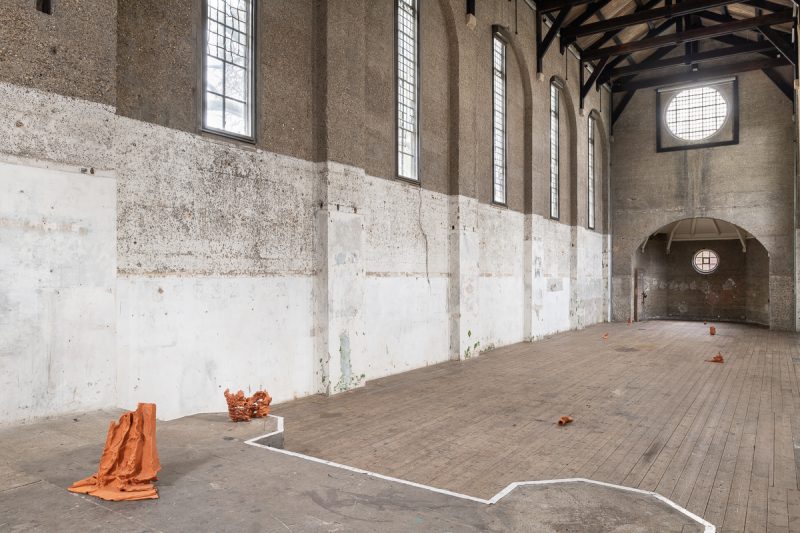 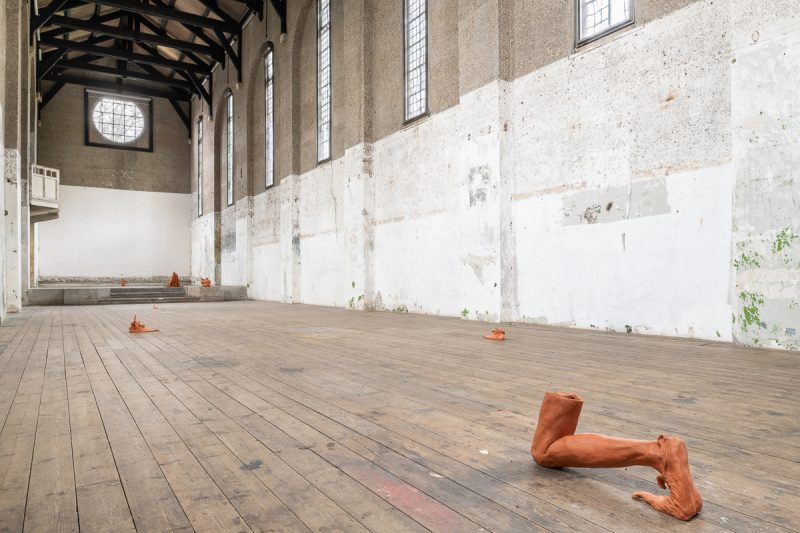 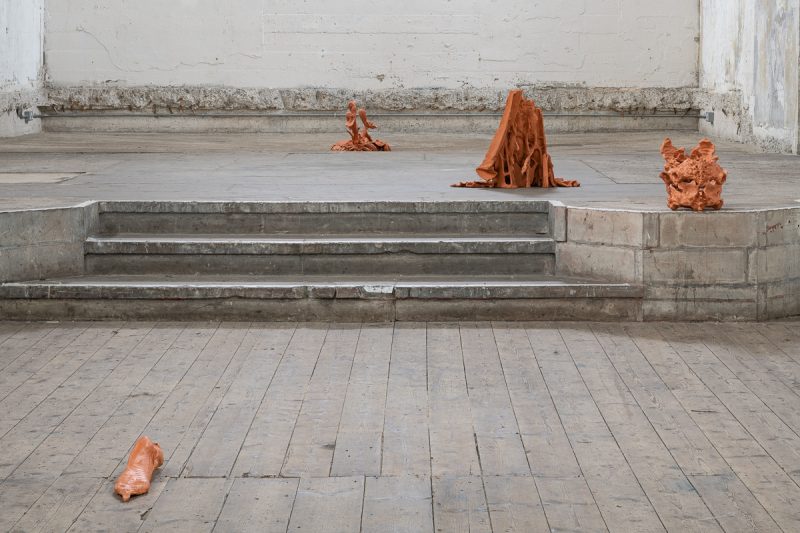 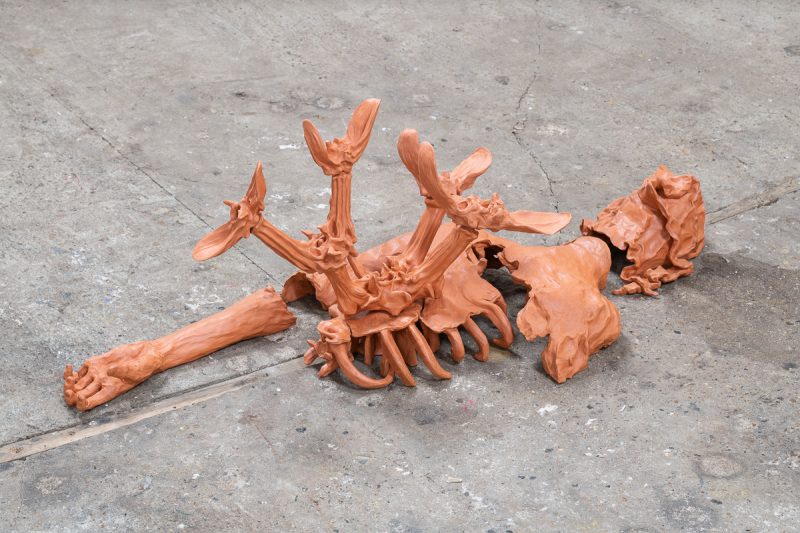 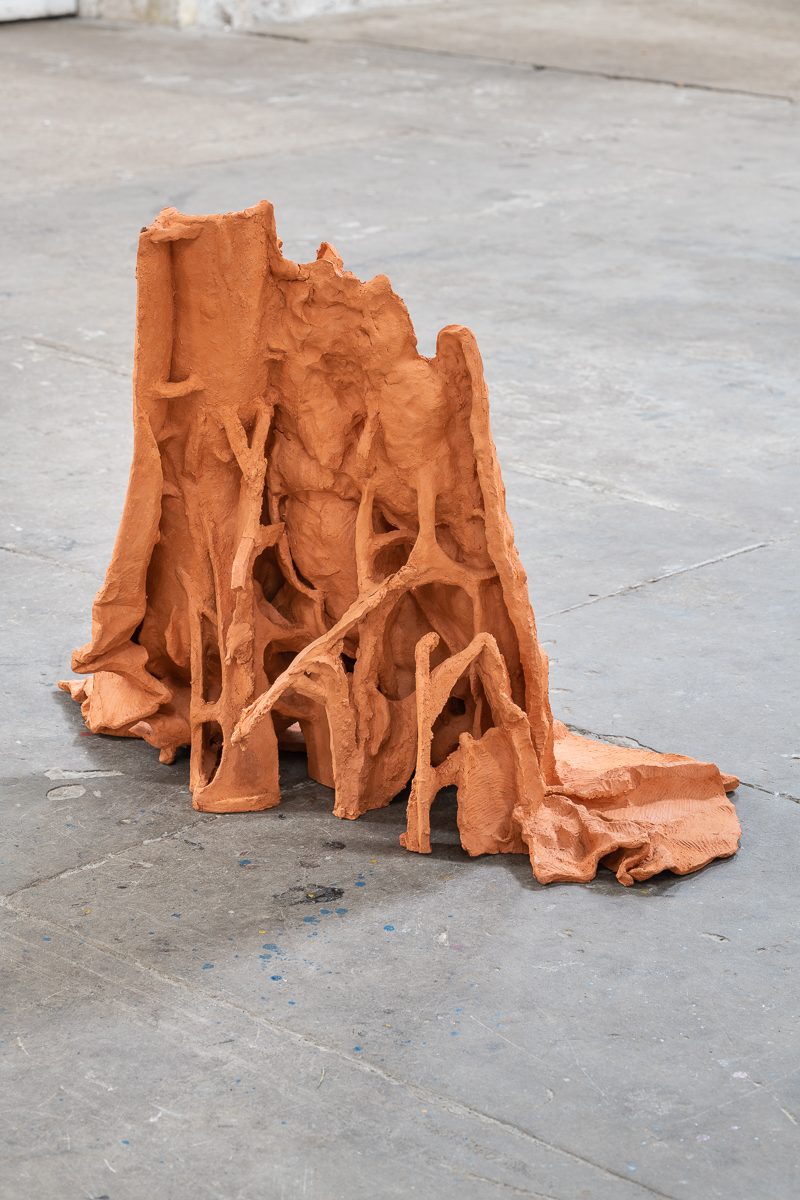 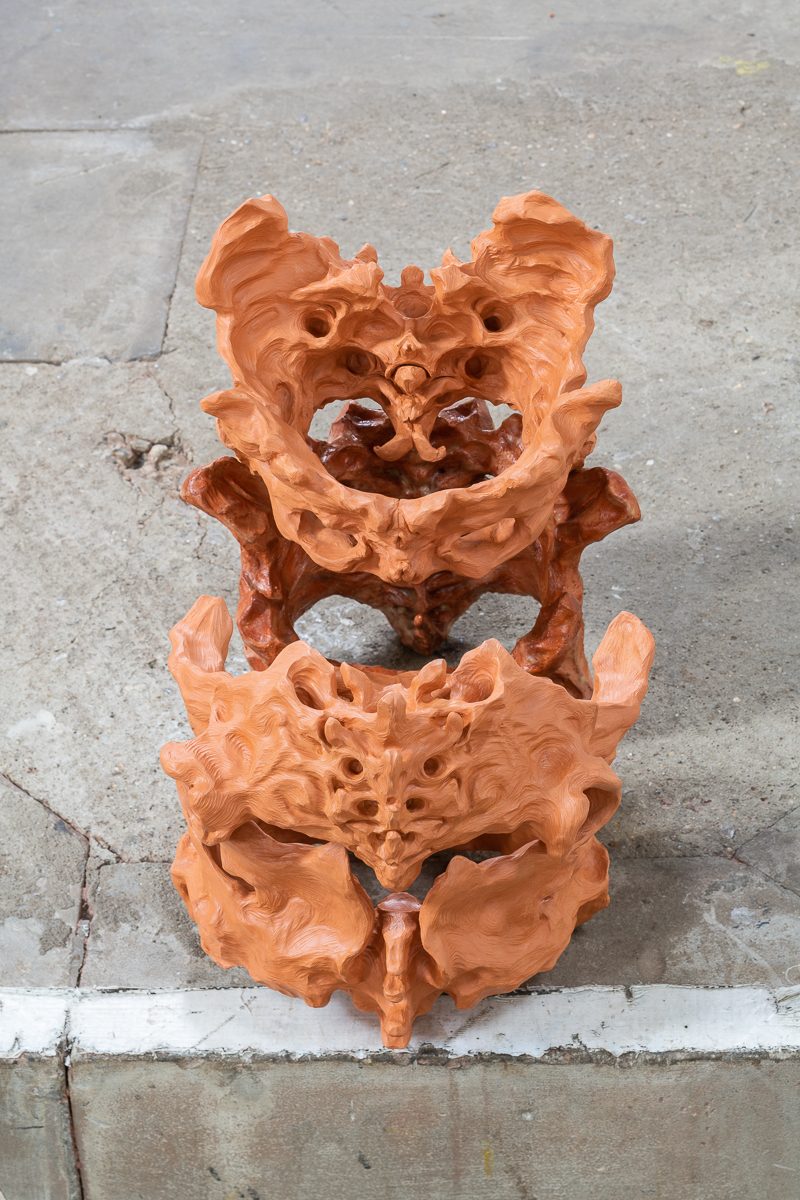 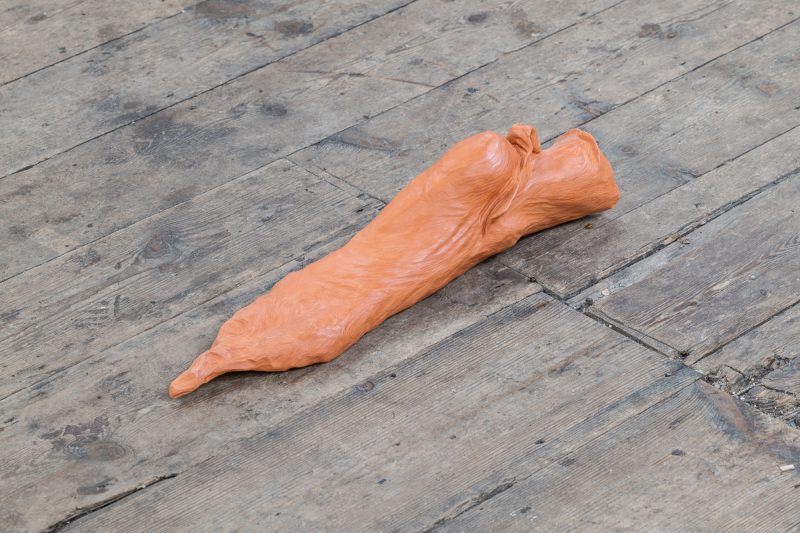 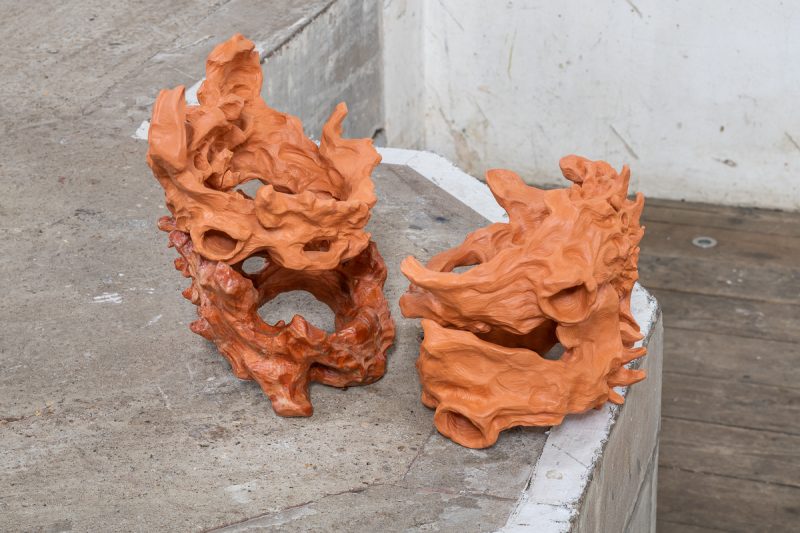 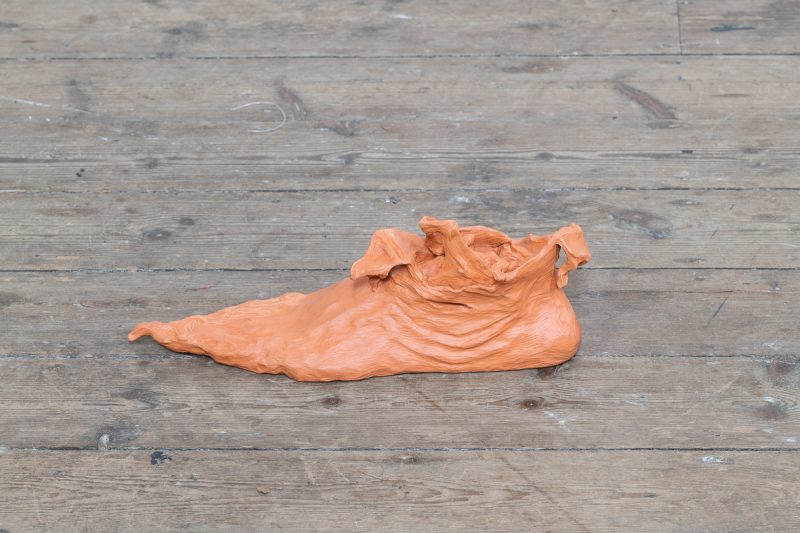 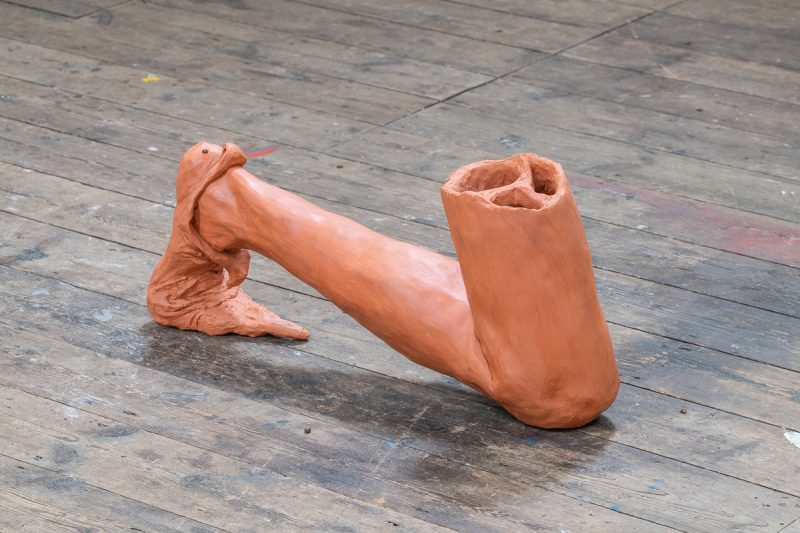 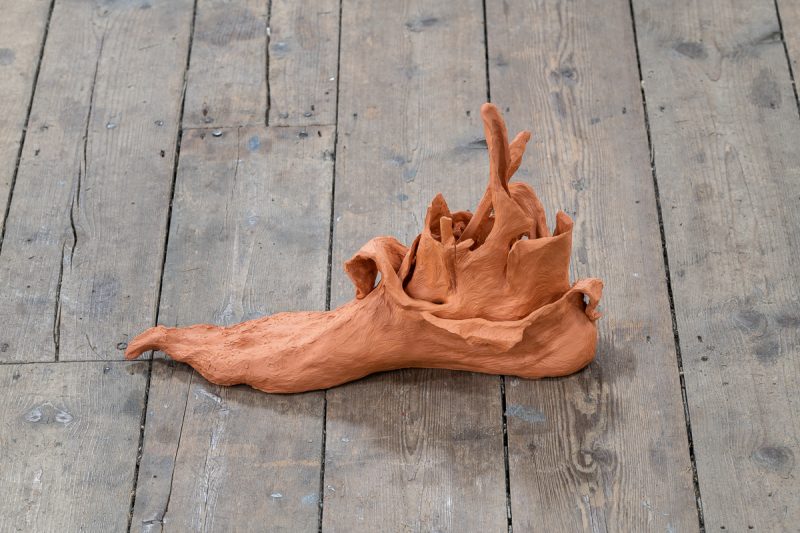