Formerly Clare College Mission Church, Dilston Grove in Southwark Park was one of the first ferrocement concrete structures in this country, designed to prevent future risk of collapse. Now secular, the space is raw, dramatic and scarred. The inside feels hurt.

The artist has not attempted to alter the unique and dignified interior in any significant way. Below the punched windows, a number of sculptural forms rest against the pitted backdrop of the walls. Made from the soft fabric of clothes and cast into hard shells, the diminutive grey figures could be down and out.

A large canvas tilts against the end wall. The usual entrance and exit is blocked by a mis-registered but spatially convincing image of an imperial staircase, offering a way up and a way out.

Cast is generously supported by Southwark Council, University of the West of England and Arts Council England. 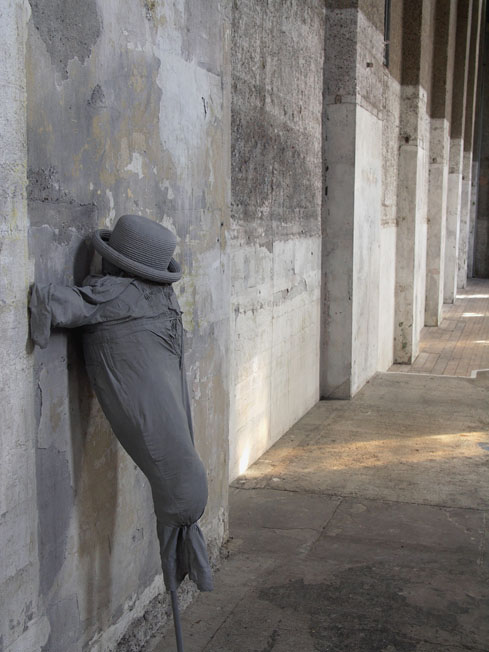 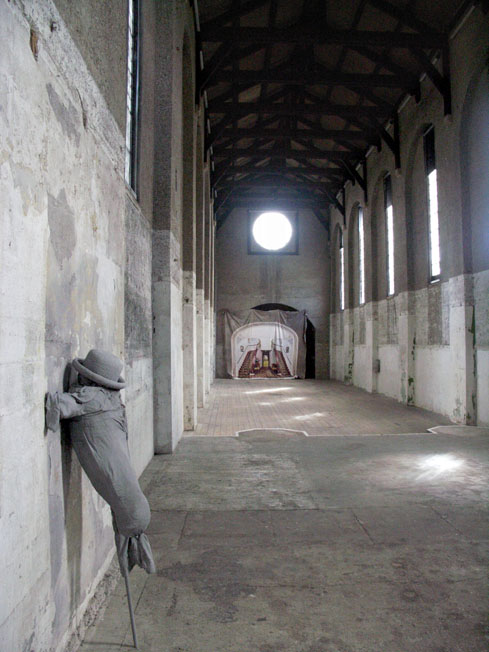 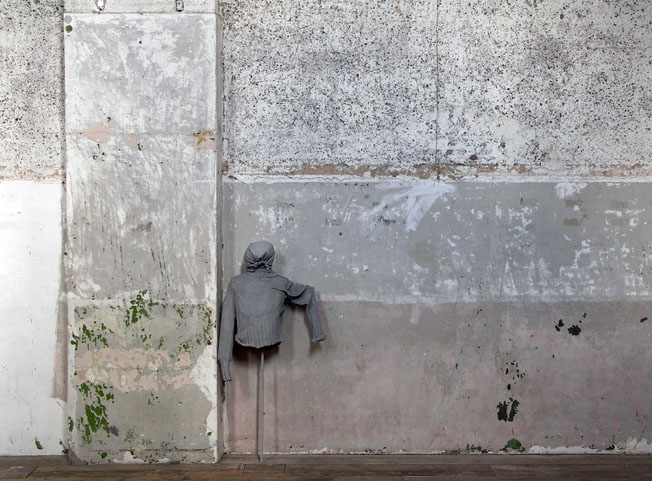 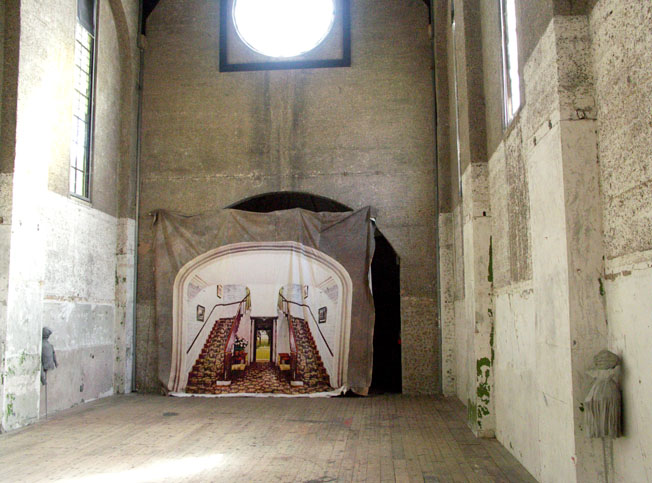