Tilt Shift: Shadows of the Seasoned Sun is Candida Powell-Williams’ most ambitious exhibition to date. Inspired by gardens that drip with myths, mysticism and metaphorical associations to female bodies, Tilt Shift responds to Southwark Park. With a nod to local social reformer and environmentalist Ada Salter (1866–1942) and her hand in the cultivation of the park and the ‘beautification’ of Bermondsey, Powell-Williams centres the exhibition around quintessential architectural garden elements of the past: the fountain and the folly.

Tilt Shift – camera terminology used to describe the altering of perspective – continues Powell-Williams’ exploration into bodily encounters with the environment, the mind and systems of belief. These concepts have been influenced by maximalist and surrealist artists including Leonor Fini (1907–96), Yayoi Kusama (b. 1929), Maruja Mallo (1902-95), Betye Saar (b. 1926) and Niki de Saint Phalle (1930-2002). Powell-Williams is interested in ‘how follies and statues often mediate a journey through the idealistic English landscape and how it gets peppered with monuments and memory and imagination and the history of the desire to rationalise and control. […] As follies have no function, they’re symbolic, often quite poetic, structures which animate the border between cultivation and the notion of wilderness. Often they take the form of a temple, which is a space of reflection and meditation […] people can both have an experience of the material world and a conscious experience of the world of ideas.’

Somewhat like a theatre set, Powell-Williams tells stories with playful installations in which the audience can meander through the anecdotal remnants and artefacts. She interweaves a wealth of references such as ancient mythology, poetry, absurdist literature and occult practices. As referred to in the title of a series of works, ‘The Gates of Apophenia’ (2019), Powell-Williams uses the human propensity to perceive connections or patterns in disparate things and replicates that quality in the way she works.

In Dilston Gallery, a deconsecrated church loaded with spiritual histories, the ornate carnivalesque sculptures are informed by the woodcuts in ‘Hypnerotomachia Poliphili’ by Francesco Colonna (1433–1527) – an obscure 15th century novel on the pursuit of love through a dreamlike landscape. Adorned using Powell-Williams’ signature marbled and iridescent candy colours cast in a hybrid of materials, the works contrast with the hollowed out concrete nave. Conflicting and confusing materials is crucial to Powell- Williams’ work. Often ceramic is rough and jesmonite smooth, cardboard and papier- mâché seem heavy while clay looks lightweight.

Literally stepping in through a Giorgio de Chirico (1888-1978) inspired ‘Mysterious Baths’ portico at Lake Gallery, a ‘chorus’ of over 50 recent works are re-presented together as though entering a surrealist painting. Amongst them is a new ceramic titled ‘Axis Mundi’ (2022), a model of Southwark Park Galleries’ iconic pre-Brutalist Dilston Gallery accompanied by dried flowers from Powell-Williams’ mother’s garden and sitting within a cloche. A hint to another muse Hieronymus Bosch (c. 1450-1516) and his most famous painting ‘The Garden of Earthly Delights’ (1490-1500), where the outside panels of the triptych reveal that the universe is contained by a glass-like sphere. Playing with portals and spatial perception, it suggests that by crossing the park you step inside that which is held in the cloche.

Another world within a world, Powell-Williams’ ‘Orbicular Overlay’ (2020) – a hypnotic grotto packed with objects alluding to motherhood, fertility, the female sublime and Hellenic hair-cutting rituals – is found at the foot of Lake Gallery. From ancient nymphaeum sanctuaries to 17th century follies to present day abandoned buildings, Powell-Williams draws parallels between subjects across millenia.

Listen to our podcast with Candida Powell-Williams

Listen to the live recording online 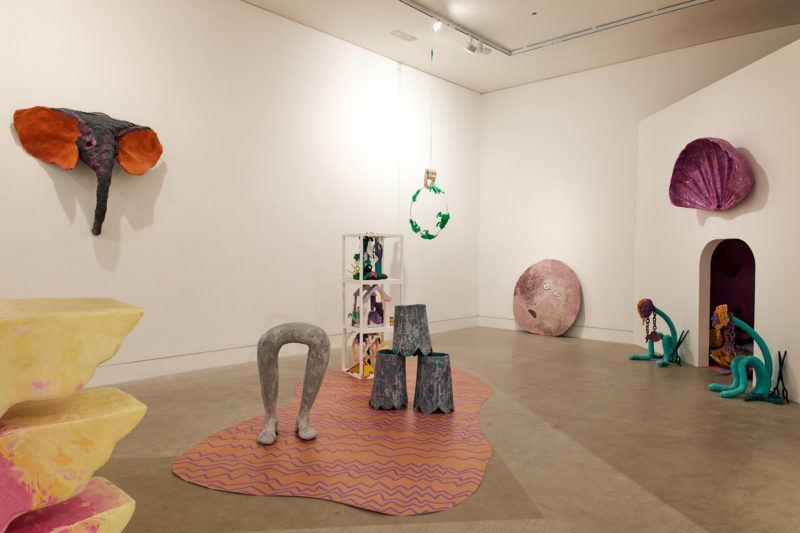 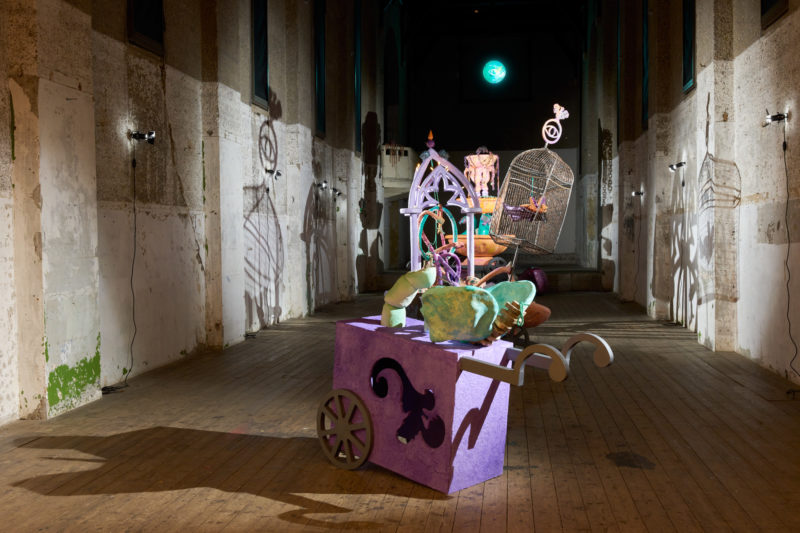 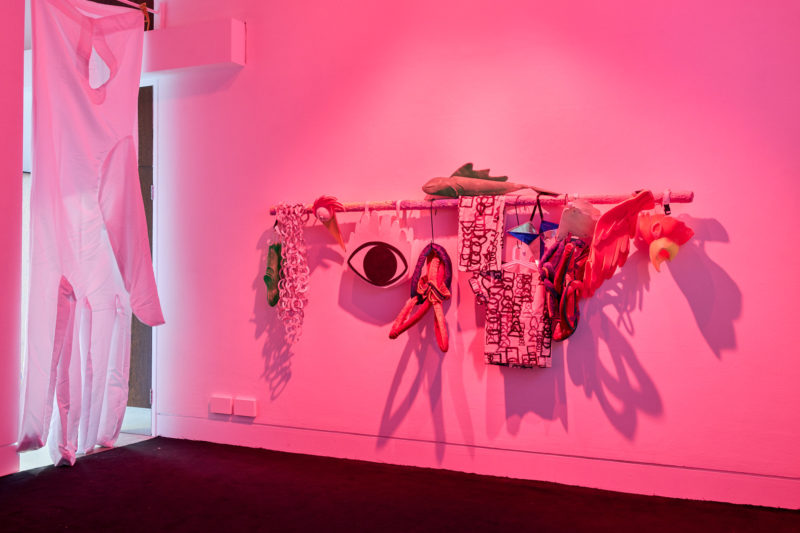 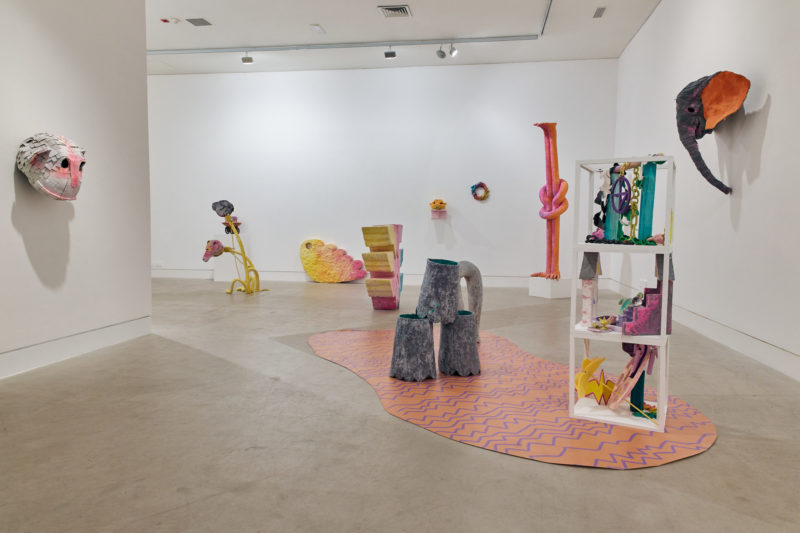 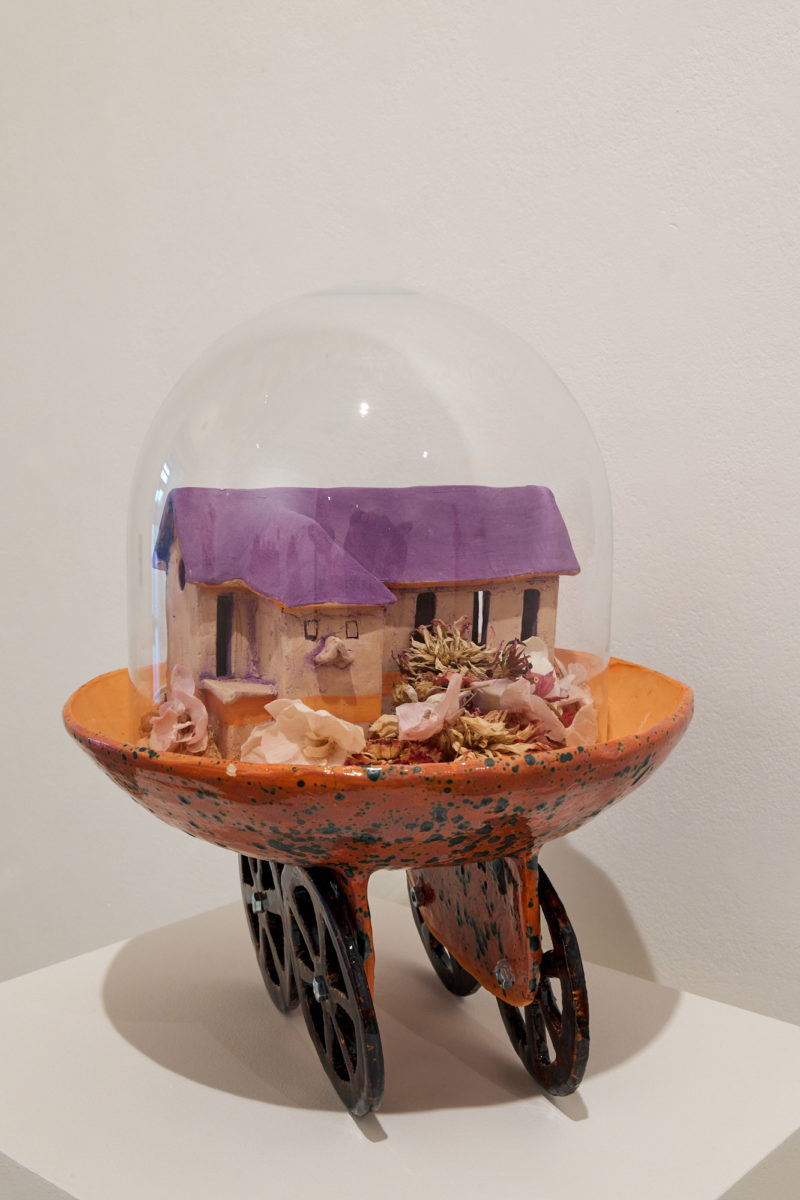 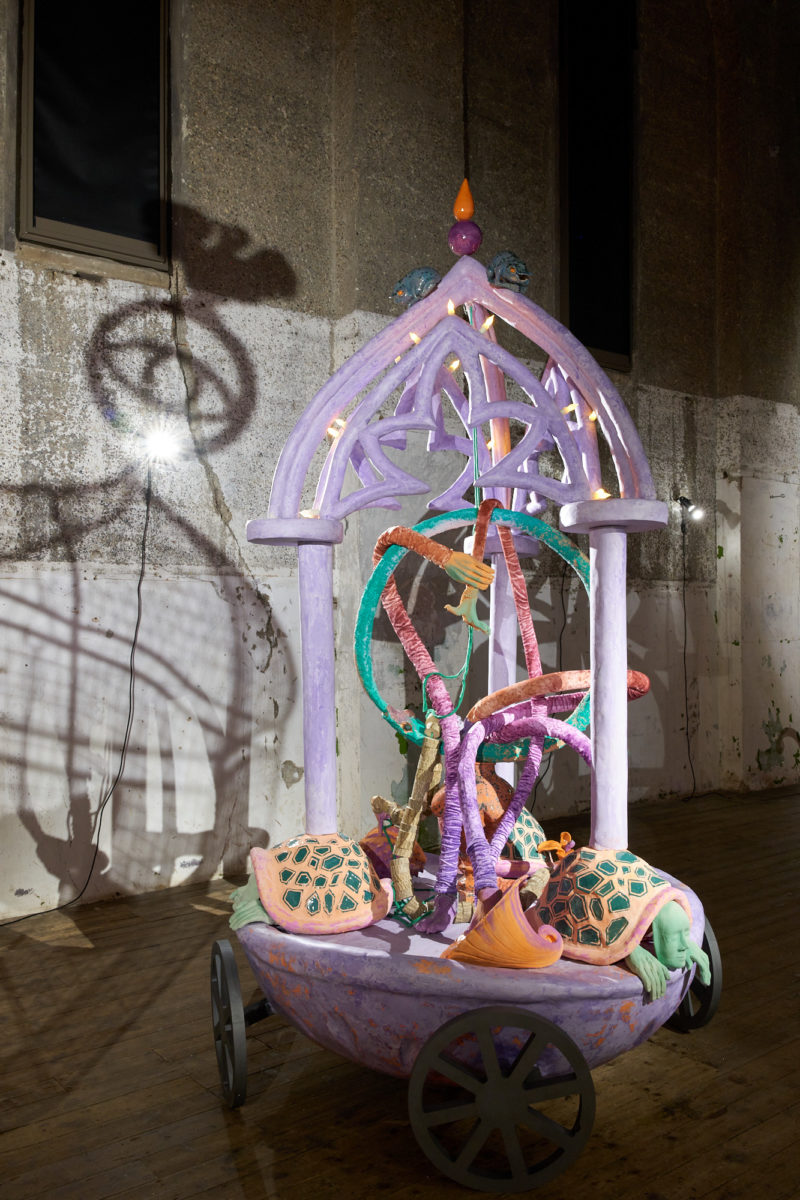 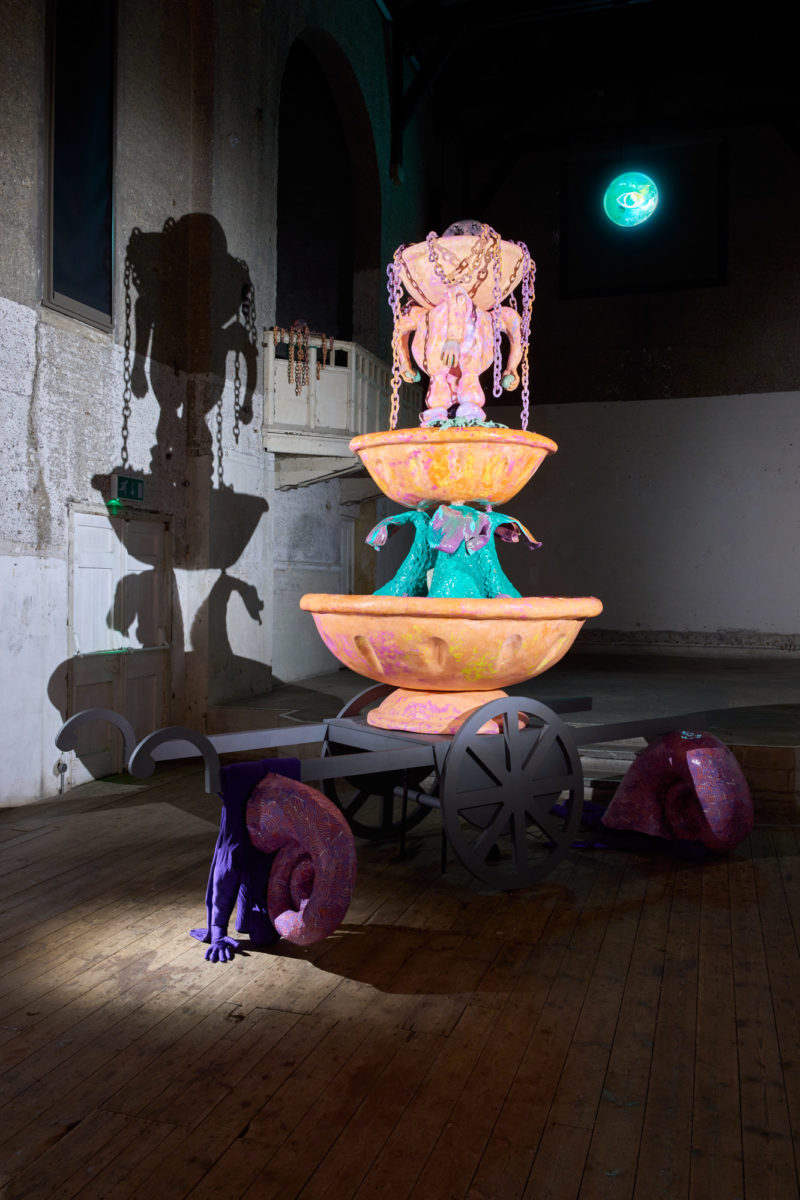 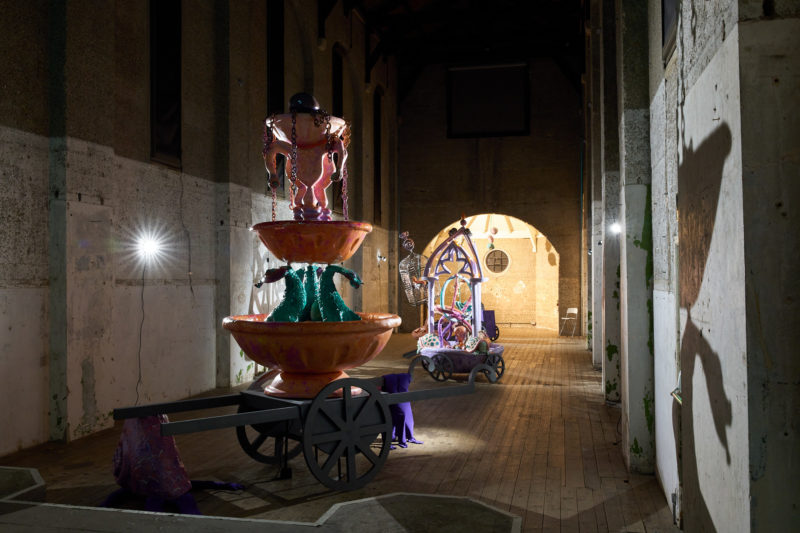