Following John Walter’s CAPSID exhibition and generously supported by the Wellcome Trust, we programmed a young people’s project with Bedfellows and Bacon’s College, a series of workshops over September and October 2018 looking at debunking sex education through creative writing, discussions and zine-making.

The school library runs a weekly Feminist Book Club open to students who are interested in articulating their thoughts around women and leadership, introversion and shyness, mental health, sexual identity, while reading texts on these themes. We engaged members of the book club (aged between 14 and 18 years old) and invited them to participate in a series of creative sex education workshops led by Bedfellows members Jenny Moore and Chloe Cooper.

The focus of the Bedfellows Sex Ed Workshops was articulating personal experiences and the importance of asking questions. During the workshops, we looked at artists’ zines that chronicle different ways of being a sexual being in the world, alongside editing the Bedfellows humanifesto, which calls for a sex education that reflects who all of us are: all our desires and all our complexities.

In another workshop, students produced beautiful paper marbling using silicone stimulators to create patterns to print from. Finally, they edited and compiled their own material to make into books that could live in the school’s library, and be available to other students to read.

In partnership with Bacon’s College. 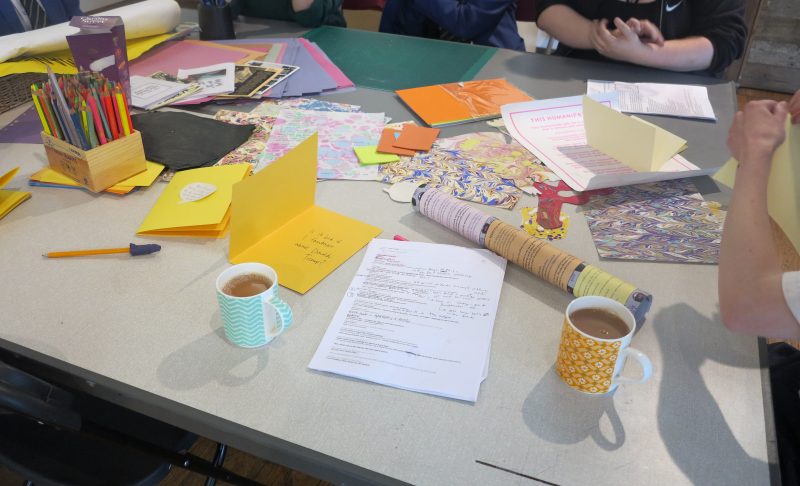 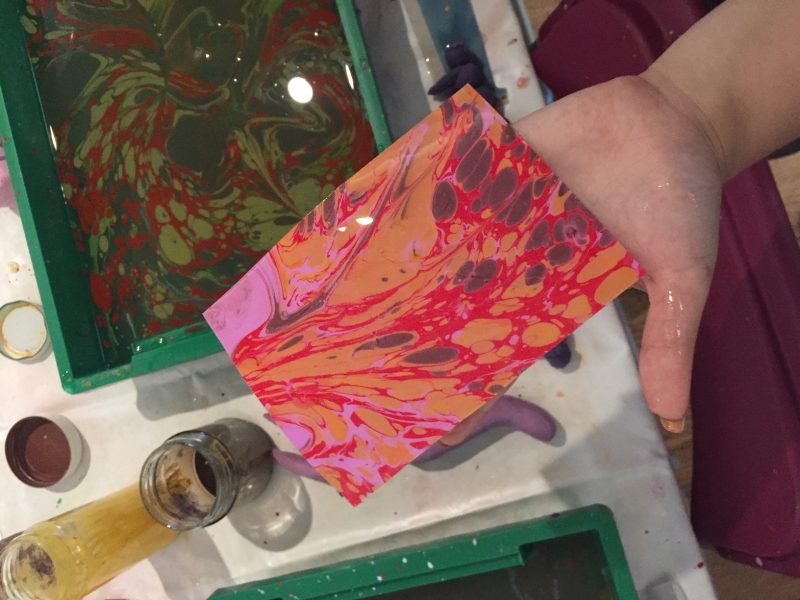 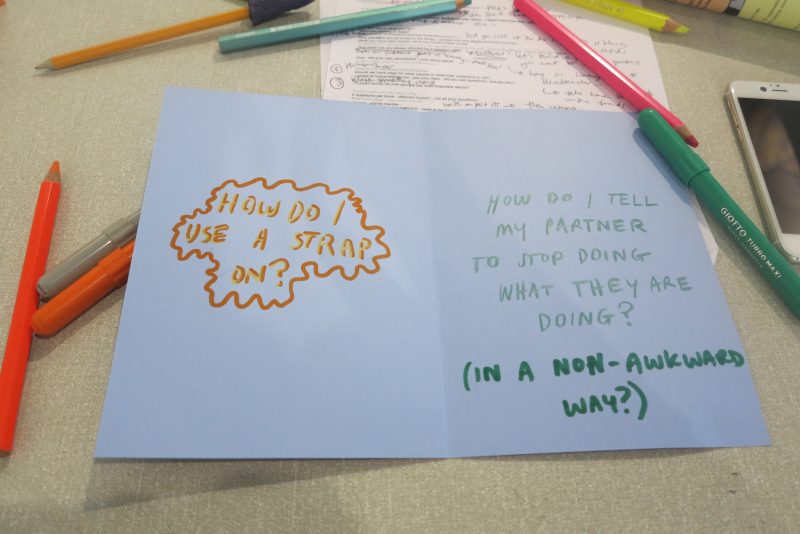