Pavilion is a collaboration between Gabriel Birch and Sophie Yetton, which intends to reframe the space of exhibition through interventions that call into question the relationships between viewer, art work and gallery architecture.

Auditorium is a proposal for an alternative display mechanism for artist film. Following in the vein of Pavilion’s previous work, Auditorium investigates the possible duality of exhibition furniture and sculptural object.

Several artists films are presented as part of the exhibition:

Mary Hurrell works across performance, film and sculpture to explore choreography and composition of body, space and object. Her work investigates forms of non-verbal language, and relationships between physical and psychological experience.

Hurrell has made a new work for Auditorium, Tilt your head toward me (Remixed performance works) 2012, which incorporates recent performance footage, creating an altered interpretation of the original works. This piece looks at the translation of performance to film and uses this dislocation to form a new composition.

Helene Kazan is a London based multidisciplinary artist, who uses research and archival material to generate moving image and mixed media installations. Currently she is an MA student at the Centre for Research Architecture at Goldsmiths University, London.

Living on the Edge (2012) is a stop frame animation entirely generated from a single archive photograph of a flooded house in London in 1989. It recreates the event and its affects on the architecture of the home, as a way of punctuating a turning point in cultural and political attitudes towards the environment, replacing it within a contemporary context and a continued mobilised state of fear.

Thomas Lock is a London based artist working with video and sound. His earlier work explores derelict buildings through a disembodied camera creating uncanny immersive video and sound environments. Lock’s more recent works are low-fi video collages that break down the materiality of video and sound.

Body Dysfunctional (2009) explores the architectural space of an abandoned children’s hospital in East London. The camera slowly moves throughout the building recreating the experience of a disembodied viewer.

Karen Mirza & Brad Butler have been making films for over 15 years including works that interrogate the illusionistic space of cinema, the recording and representation of space and the politics of the viewing space of film itself.

In The Space Between the film image is constantly fluctuating between object representation and surface abstraction. Repetition does not bring clarity nor is it meant to. No attempt is made to deny either the subjectivity of film or its representational mode; rather the viewer works through and against the film with the filmmakers; so to speak.

Linda Persson‘s practice stems from a metaphysical ground for artistic unfolding, exploring transformative spatiality through individual and collaborative engagements that influence aesthetics and discourse equally. Through the structure and syntax of filmic representation, the work aims to unsettle perception by activating physical bodies.

Encounter (2007): Once an industrial landscape now a lake, a lone figure performs undefined movements on a buoyant platform. His embodiment challenges the set perimeters navigated by historical events.

Richard Whitby sees video as a container in which different materials and tropes can be brought into proximity. These materials can come from historical research, documentary-style shoots and/or improvised performances with handmade props.

Palatul (2011) includes footage of inner-city stray dogs, and a narrated fable of an architect building a palace for a communist dictator. 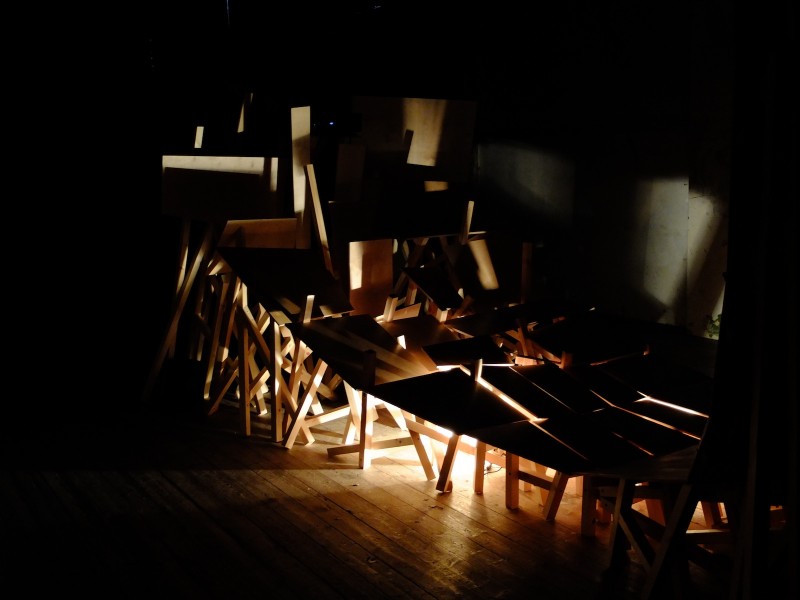 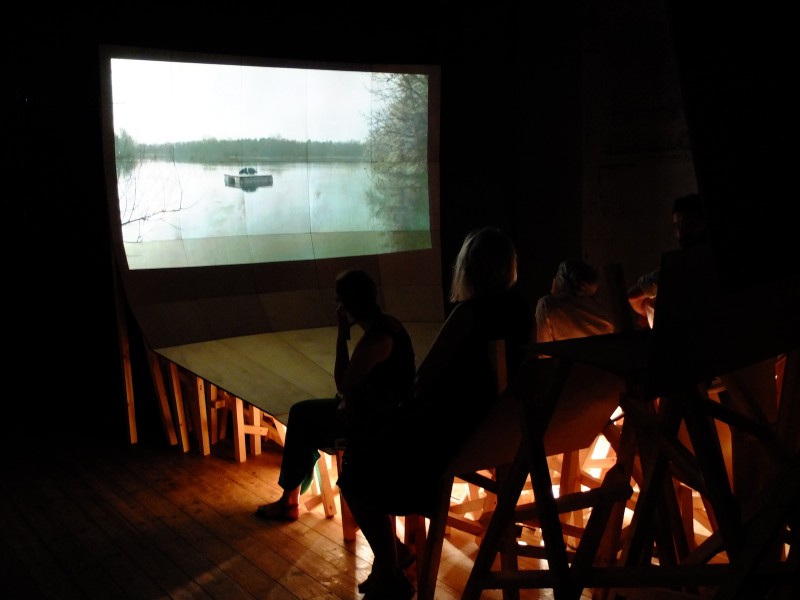 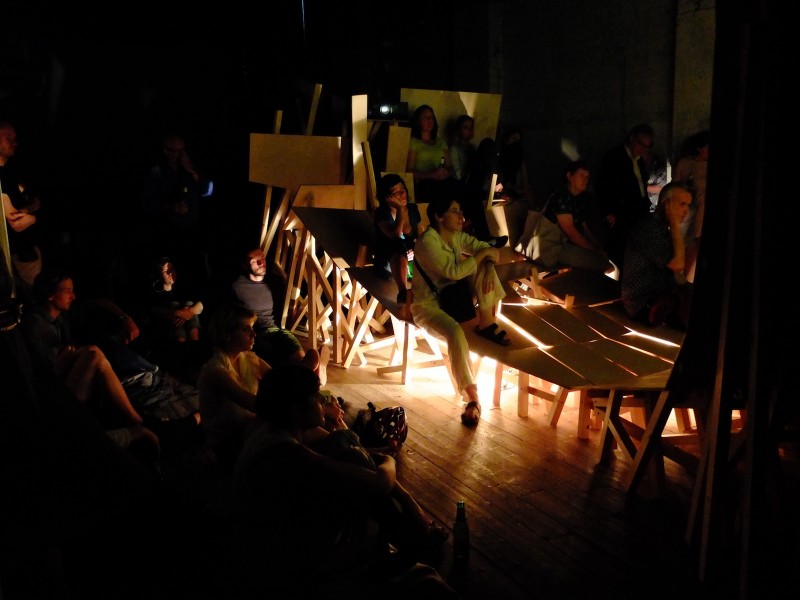