We are proud to launch two newly commissioned flags in Southwark Park, by artist Holly Graham. The flags titled ‘What Looks To Be A Piece Of Fruit’ and ‘Loose Teeth And Stinking Breath’ form part of To Us It Just Looks Like A Lemon a collection of works by Holly, which is the outcomes of her residency at Southwark Park Galleries in 2019.

Both flags draw on research and thinking around food and movement, shared in workshops with local young refugees and asylum seekers during the residency, and refer to her commissioned text that acknowledges the difficult colonial contexts of the Mayflower story.

The works focus on the historically recognised medicinal qualities of citrus fruits, discovered in the 16th and 17th centuries to be an antidote to the scurvy many European sailors contracted on long expansionist sea-faring voyages. The flags incorporate imagery carried over from previous bodies of work that considered the symbolic value of lemons, and fragments of photographs that document the unloading of citrus fruits on the local docks in the mid-20th century.

Read To Us It Just Looks Like A Lemon

‘What Looks To Be A Piece Of Fruit & Loose Teeth And Stinking Breath’ are generously supported by British Land.

‘To Us It Just Looks Like A Lemon’ is generously supported by the Southwark Mayflower 400 Grants Fund from Southwark Council, British Land and United St Saviours; and with huge thanks to our friends at Bosco Centre. 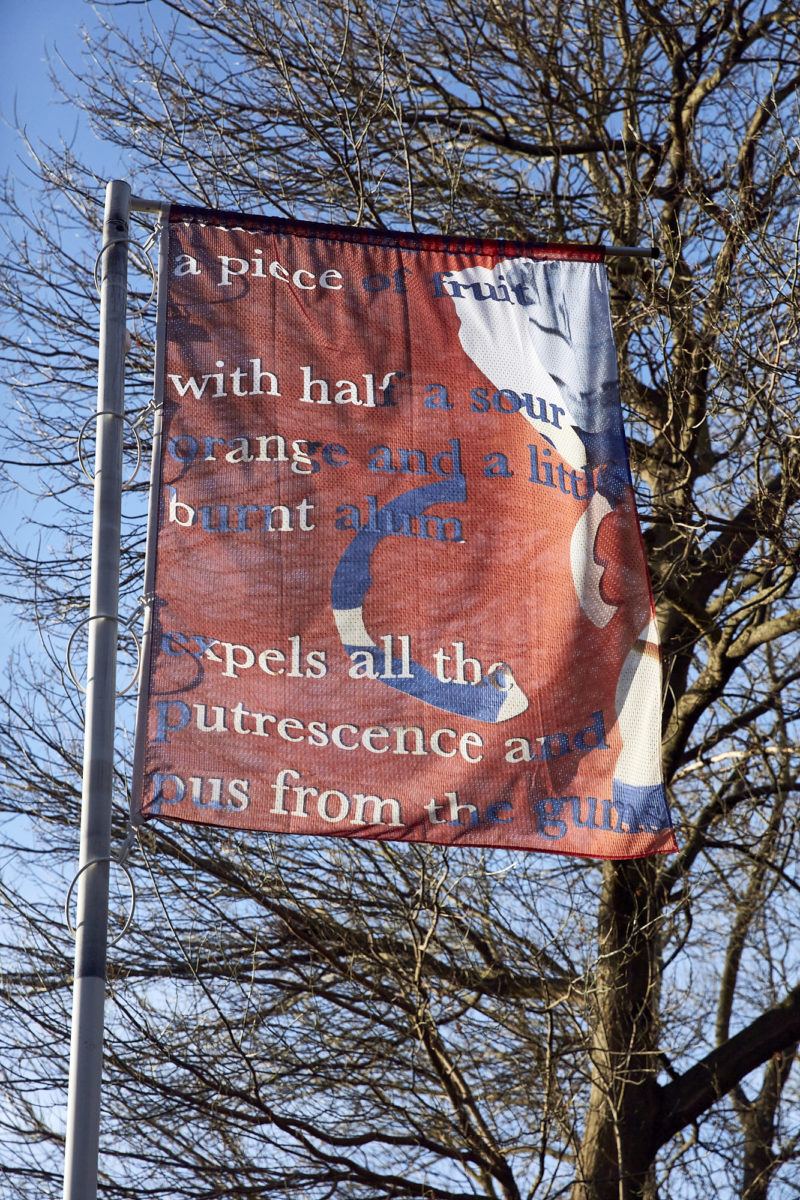 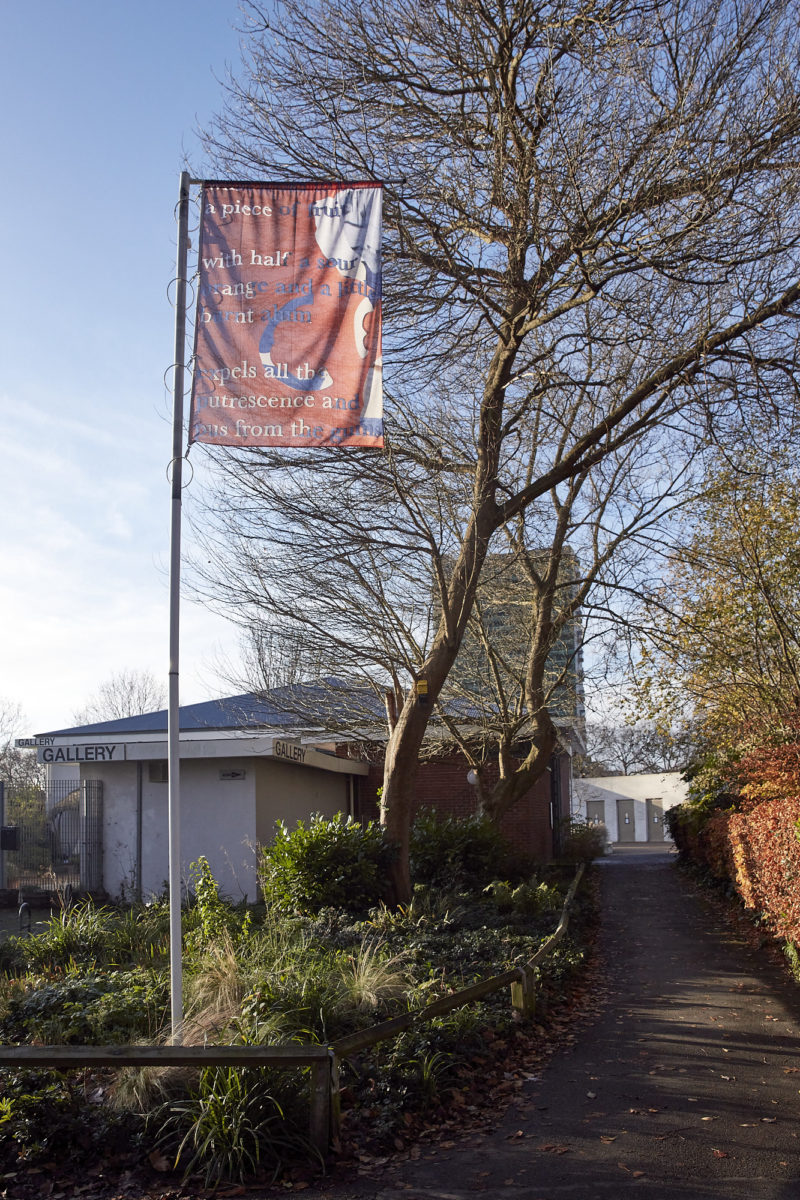 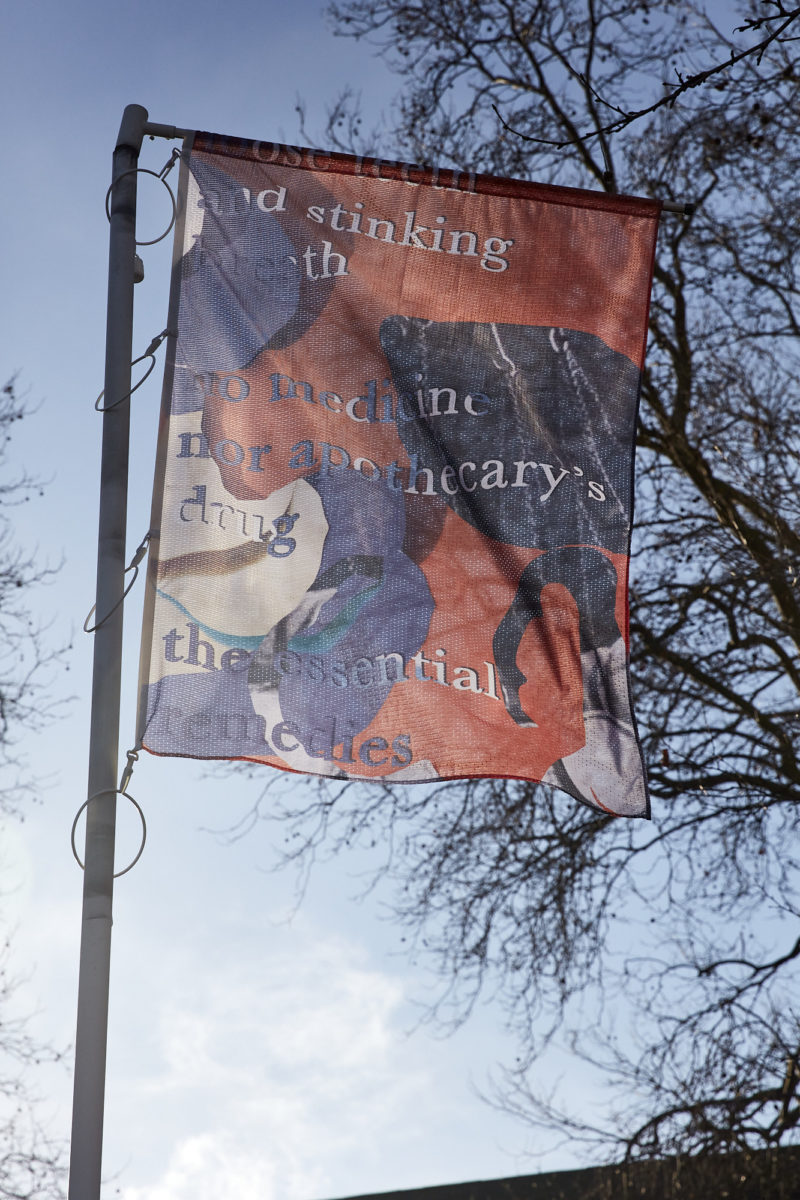 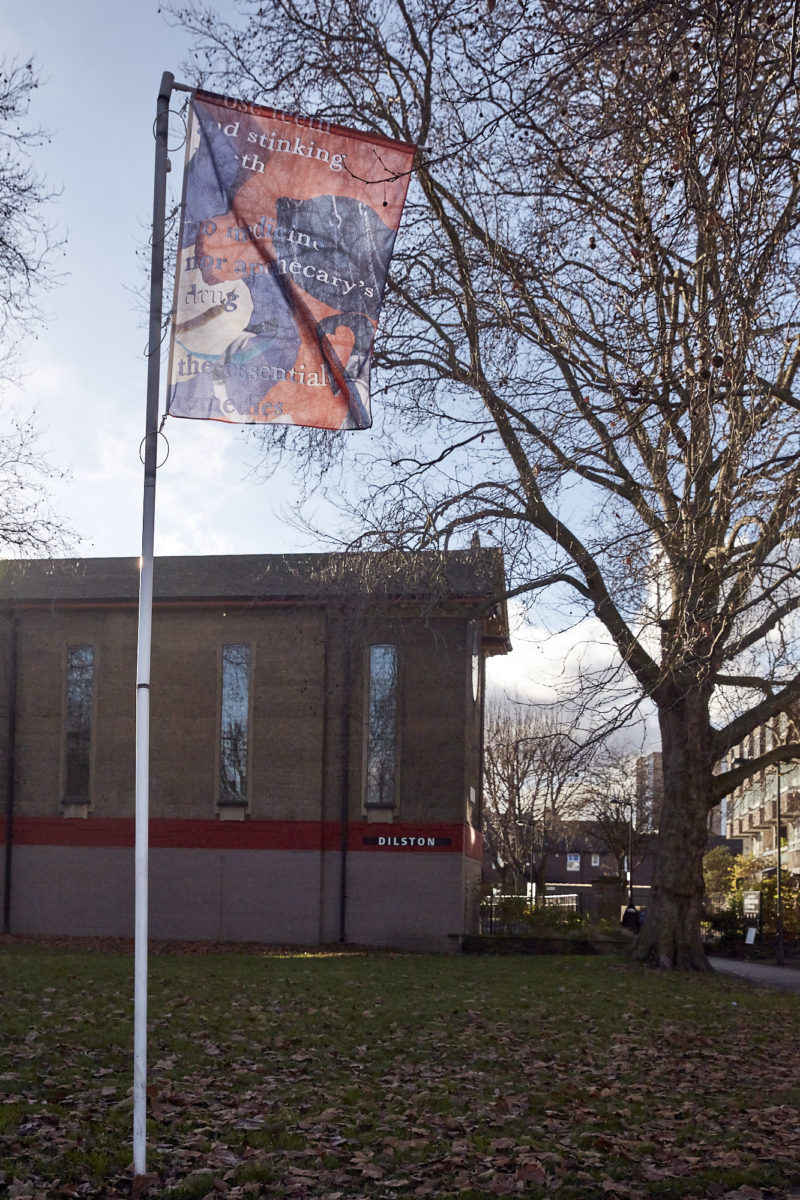